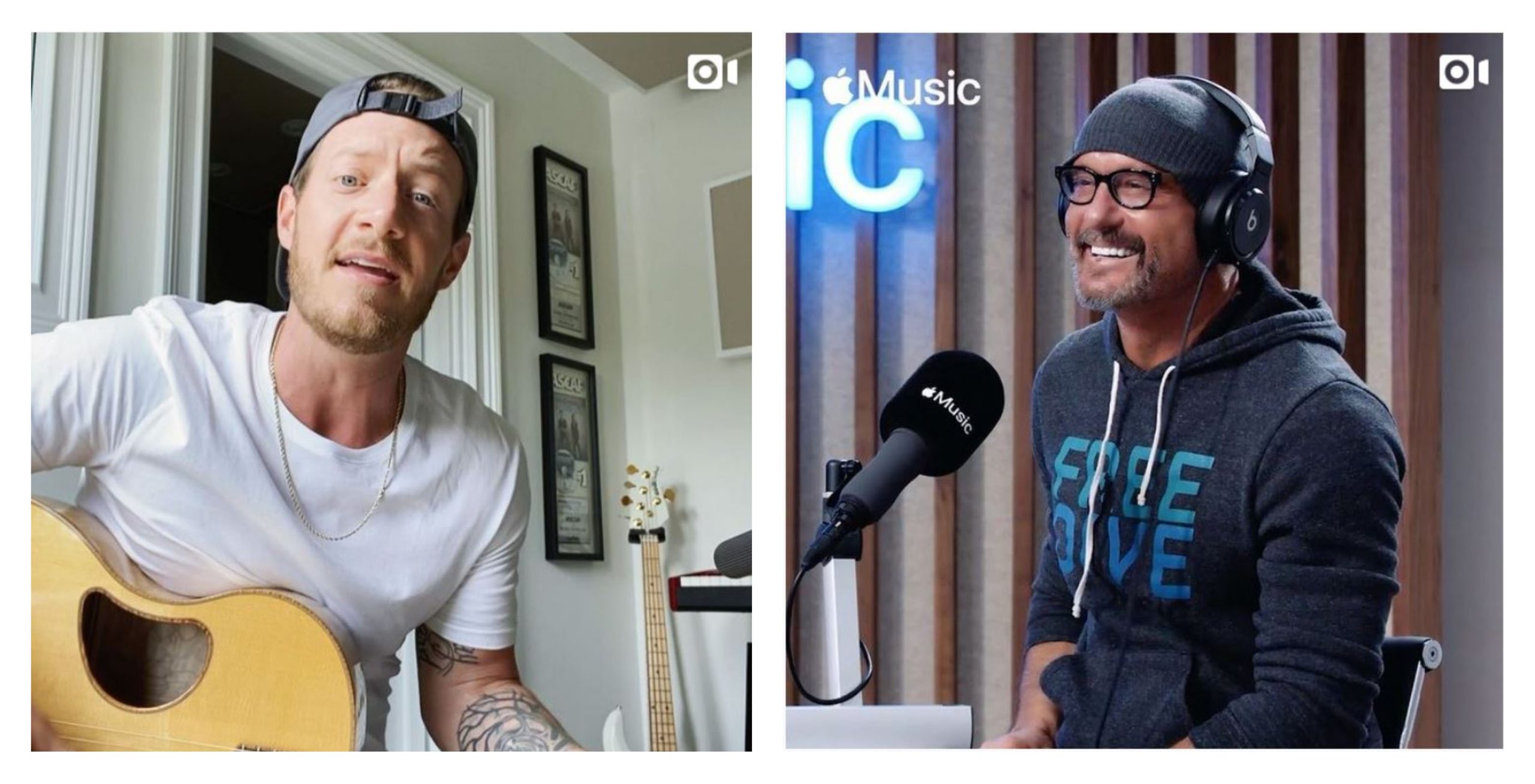 To say that Tim McGraw and Tyler Hubbard took the music world as a whole by storm with just a whisper of their musical collaboration is like calling a tsunami a day at the beach.  The man who made the world better with the anthem, “Humble and Kind” and half of the duo that brought “H.O.L.Y.” to millions of open hearts and ears had a not-so-secret project up their sleeves right before the holidays.

Neither Tim McGraw nor Tyler Hubbard contained their excitement over “Undivided.” Both artists were brimming over with excitement on social media.  For today’s official release day of the hopeful, buoyant song, though, Tim and Tyler sat down with music explored and aficionado, Anthony Mason of CBS This Morning to offer their true perspectives on the timing and the meaning of the much-needed ballad.

Above and beyond being a country music legend, Tim McGraw is the most devoted dad ever to his three grown daughters with a wonderful mom, Faith Hill.  The family had a ball over the holidays, creating playful, dress-up themed dinners and dad’s secret recipe favorites.  The Christmas morning bombing in Music City made McGraw struggle for words, but ensure the world that he was “praying for my city.”

When it comes to the making of “Undivided,” Tyler Hubbard and Tim McGraw bubble over with words and feelings.  Tyler describes the “multiple reasons” why making music in a studio again meant so much. Tim goes even deeper.

“It felt almost spiritual to us when we were in there singing,” McGraw insisted. “It was very motivating.”

For Tyler Hubbard, just being off his tour bus was enough.  The singer-songwriter converted his tour bus to his virus recovery unit after contracting the illness in November.  Even with the luxury accommodations that country music stardom affords, Hubbard gleefully got inside a real recording environment with a powerful, creative pal chomping at the bit to get “Undivided” recorded for posterity.  Tim McGraw was the only choice.

Why now for Tim McGraw and Tyler Hubbard?

Like countless other patients under quarantine, Tyler Hubbard used his sequestered 12 days for unbridled creativity.  He wrote 10 songs through those days.  He heard Tim McGraw singing “Undivided” from the start.

Hubbard describes that creating the cohesive song was just a matter of “checking in with my heart” and feeling the climate of current culture.  He emphasizes that the song’s message “needed to be heard– not just by the fans, but even by myself.”  The songwriter rushed the heartfelt effort to Tim McGraw,

Tyler Hubbard calls Tim McGraw “a great guy with a great heart.” He hardly had to wait one second before the superstar weighed in with his overflowing enthusiasm.

No American citizen could forecast the venom and destruction waged upon the nation’s capitol just one week ago today. The broken glass is still being cleared away and wounded victims still recover. Tyler Hubbard voiced that he never imagined needing “Undivided” more than last year.  The songwriter remains outspoken in his cries to end racism and promote racial justice.  Those needs are still so great, even as the pleas to stop the rage continue.  Tim McGraw calls the events in Washington DC “profound.”

The siege on the seat of democracy “was something I never thought I’d see in this country,” reiterates Tim McGraw.  The singer insists that the song is about “the social contract” human beings create. “It’s about how we treat each other.“  No politics need cloud basic decency.

Presumably due to not wanting to detour the article into the swirl of questions surrounding Tyler Hubbard and Brian Kelley, CBS This Morning abbreviated a small portion of the interview on YouTube. In essence, Hubbard conveyed that he still loves his FLG partner, but doesn’t care to see everything Kelley posts on social media, as confirmed by Variety per MSN. Tyler also expressed that their shared faith binds them together with Brian.  Tim McGraw lives out the same authentic faith.

The video for “Undivided” purposely transforms from black and white to color, echoing the lyrics of the song.  The ballad is about faith, hope, and finding unity on common ground, while we strive to become better people.  As Tim McGraw tells Anthony Mason, “We’re not brain surgeons. We’re not curing cancer. We’re musicians, and this is what we have to offer.”

For now, nothing could be more healing than this message in the song from the souls of Tyler Hubbard and Tim McGraw.  Let’s hope everyone listens.