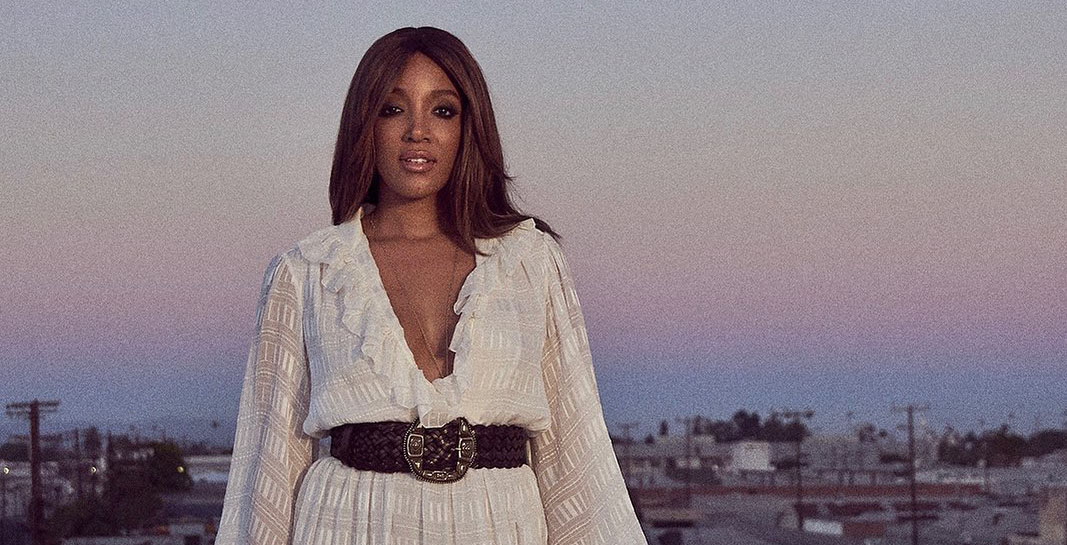 Mickey Guyton brings a spark and a talent to country music like no other artist.  As a singer and a songwriter, her talents leave imprints on the soul.  It was early in the morning for the “Black Like Me” 2021 Grammy nominee in California, but Mickey Guyton always makes time to counsel and encourage artists climbing their own steep path to success in the industry.

Mickey sat down for a virtual chat with aspiring singer-songwriter, Kristi Hoopes for the Today series, “Women Who Rock: Music & Mentorship.” Some fans have followed Hoopes since her Season 13 run on The Voice, but the hopeful, hard-working artist now keeps her focus on new music and her latest EP, “Life of the Party,” as she explained last month in a Lone Tree Voice feature from her native Colorado.  Mickey Guyton made sure that Kristi got the message that true artistry is about much more than a good song or having just the right sound.  A true artist conveys conviction about who she is and the message in the music she creates.  Before the talk was over, Guyton shed a few tears and gave a lot of honesty and wisdom.

“I didn’t necessarily always have a mentor,” Mickey Guyton opened the “Women Who Rock” segment.  She further elaborated on the many “talented individuals in this world” who are hoping and praying for that one person to say “my resources are your resources– what can I do for you?”

Mickey Guyton has a lot of irons in the fire for the start of 2021.  The expectant mom shared a breathtaking pregnancy photo of herself and her soon-to-be-born son, Grayson Clark, with her husband, Grant Savoy.  She broke the news of his name on her last visit on Today.  The songwriter bore her truth in the collaboration that yielded “What Are You Gonna Tell Her?,” the song that knocked everybody straight in the heart at the ACM Awards.  Mickey had a lot of good things to tell Kristi Hoopes, too.  Mostly, the message was never to stop being who you are.

Guyton and Hoopes resembled girl twins in some ways on the dual-screen, with both ladies brandishing their hair parted in the center and buoyant laughter.  Mickey Guyton teased about being the one mentoring.  “I heard you sing [and] I was like, ‘Where’s her record contract?” the singer rhetorically asked.

“I wanted to ask to meet you,” Guyton assured Kristi at the start of the conversation. Calling Hoopes “so, so talented.” Mickey Guyton named Whitney Houston, Mariah Carey, and of course, Dolly Parton as a “huge” influence.  In previous interviews, the “Better Than You Left Me” singer-songwriter lovingly dubbed Dolly as “a bada**” of country music, because of how she reigns in both artistry and the business side of making music.  As it turns out, Dolly Parton has her own connections with both of Mickey Guyton’s other major influences.  The Grammy nominee assured Kristi that she doesn’t just like the legendary ladies of Country.

Current chart-topping ladies make the cut for Mickey Guyton, too

Kristi Hoopes related how she hopes the conversation about “What is country music?” can stop so that creativity and passion can be the focus.

“I always try to remind myself that country music is three chords and the truth,” Mickey Guyton echoed, borrowing the definition coined by Harlan Howard.   She lauded that Kacey Musgraves’ 2019 Album of the Year, The Golden Hour, as “one of the most beautiful albums” ever created, simply from the power of emotion and truth. Hoopes describes that she is leaning more in a country-funk vein in her new writing.

Naturally, Mickey Guyton couldn’t leave out another good friend hailing from Arlington, Texas.  Maren Morris gets high scores from Mickey, not just for “the way she writes,” but for her outspoken truth in life.

Moving past the No’s to celebrating personal identity

Mickey Guyton is teaching future artists by example with every performance she gives today.  She is standing in the power of her own truth, as Dionne Warwick noted on social media.   Everyone is listening.

Kristi Hoopes asked Guyton which “No” in her career climb was most difficult. Without naming any names, Mickey detailed a meeting with “the head” of her label.  He listened and “stared blankly at the wall” without any response during several Mickey Guyton selections.

“There’s just no room for pop on Country radio,” he concluded.  Summoning her store of strength and grace, Mickey Guyton replied, “You know I love you, but with all the male artists [and their songs] that you’ve released, as a black woman, you cannot ever say that to me again.”  “It was the most terrifying thing I ever said,” Guyton confesses, but it was a turning point to her true identity.

Mickey Guyton and Kristi Hoopes both agree that listeners are missing out on beautiful songs from the Latinx community, love songs from the LGBTQ community, and so many other layers “from white women, too” deserving to be heard and felt.

In answer to another question, Mickey Guyton hopes that her industry will be “more inclusive and has room for all forms of country music,” by the time her son reaches her age.

A song to bring Mickey Guyton to tears

In a parting exchange, Kristi Hoopes sings a song she wrote a year ago for Mickey Guyton. It came from a “15-minute outpouring of frustration” after one of those experiences that come to all yearning country music artists.  The song is titled “Potential.”

Like Mickey Guyton, Kristi maintains that country music is the “calling on my life.” The committed and striving artist strums as she sings “I’ve got room to grow, and then, “I’ve got time to pay” in pursuit of the dream to “make my way.”

“Girl!” Mickey Guyton exclaims as she dabs away tears.  “I’ve got chills all over my body right now!”

“It’s so honest– it’s so true,” Mickey Guyton encourages.  “Don’t ever run away from that.”  The star closes the visit with the assurance that “This is why I’m fighting for women in country music because there’s someone like you.”

Mickey Guyton is a mentor and a “someone” turned star who no one forgets.

Keep tuned into Country Music Alley for news and music from your favorite artists!