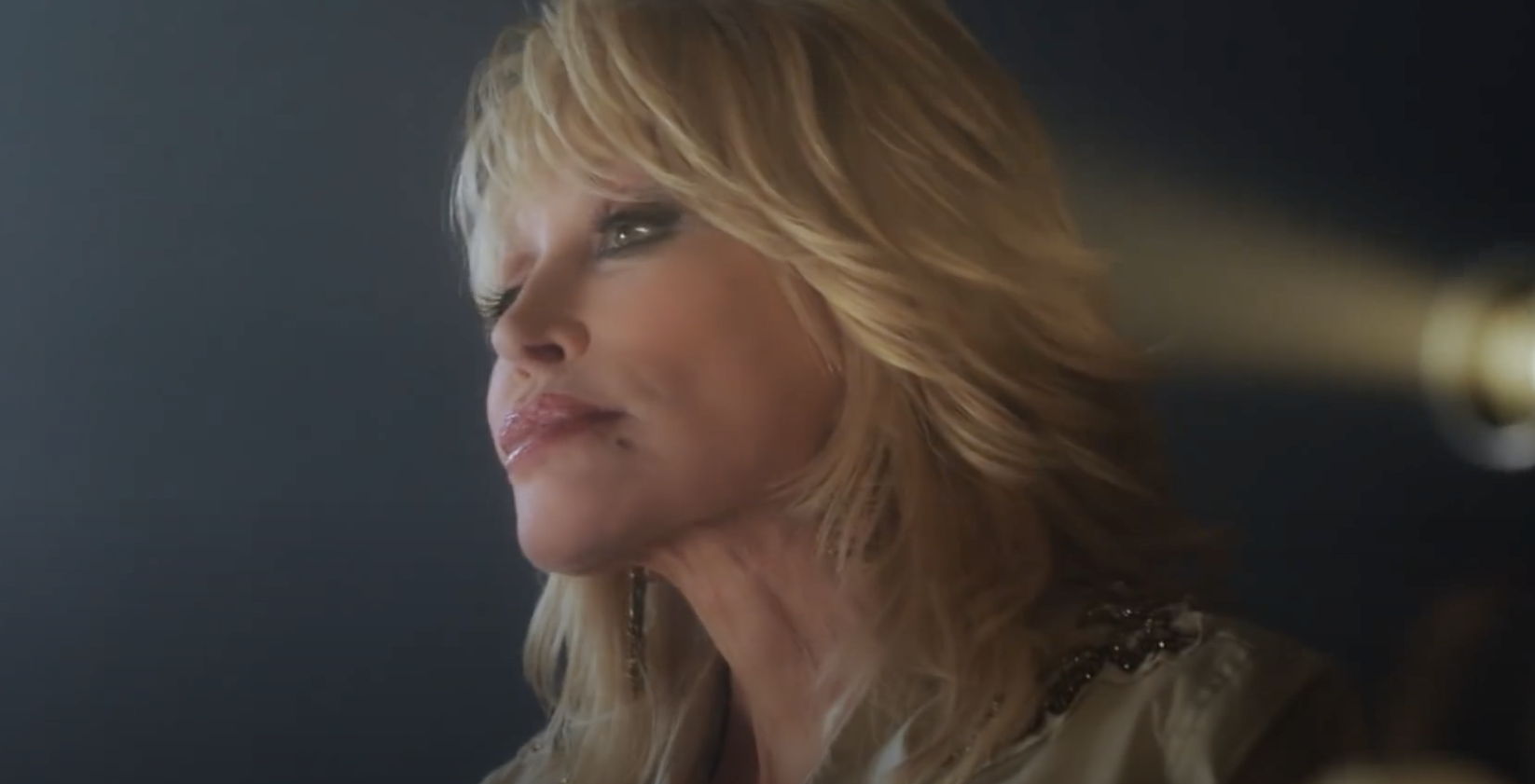 For Country music’s queen, Dolly Parton, the 2020 Christmas season was bittersweet.  Her generous and remarkable contributions toward the Moderna vaccine per the research of Vanderbilt University Medical Center is prolonging lives.  Consequently, every shot into a living arm brings the world one day closer to a Dolly song. The song in mind is “When Life Is Good Again,” as Parton’s yearning, hopeful ballad expressed last summer.

The resilient songwriting legend gave fans endless reasons for rejoicing through the holiday season.  Dolly Parton reprised her favorite role as an angel for her Netflix musical, Christmas on the Square. And she wrote the accompanying songs.  She made it impossible not to be in the Christmas spirit by early fall last year. Consequently, Parton accomplishes this with the release of A Holly Dolly Christmas on October 2.  She pleaded with goddaughter, Miley Cyrus and her papa, Billy Ray, to join her and her brother, Randy, in creating keepsake family duets for the collection.  Dolly didn’t need to ask twice.

Sadly, the lady who wrote “I Will Always Love You” had a loving reminder for her closest circle. And that is that she probably wouldn’t do another Christmas album. Sadly, Dolly Parton never fathomed that her younger brother, 67, would pass away from cancer just two days after her 75th birthday, on January 21, after a valiant battle.

Dolly Parton’s America took much of Dolly Parton’s time and attention over the past year or so, and the cultural icon found out that a huge following listens and loves the intimate conversations Parton shares on the podcast.  iHeartRadio honored Dolly Parton and her podcast as Best Music Podcast at the 2021 iHeartRadio Podcast Awards, as noted by Billboard per MSN.

Another shining honor for Dolly Parton

Fortunate fans tuned into the YouTube and Facebook channels for iHeartRadio followed the proceedings.  Will Ferrell opened the festivities reported from several locations in character as one Burgundy.  In the style of his Anchorman character, Ferrell began fabricating and supplying facts and statistics off the top of his head.  Dolly Parton never had the fun of starring alongside Will Ferrell on the big screen. However, the beloved lady of Country did take her turn on the Saturday Night Live stage in 1989. The Ron Burgundy Podcast also draws a devoted following.

Dolly Parton’s America intermingles conversations with the singer-songwriter with channels of life she has influenced.   Conversations with Dr. Naji Abumrad of Vanderbilt University Medical Center and college students studying the cultural impact of Dolly Parton are included in the montage of human experience enriched by Parton’s personal character and artistry.

In a December 2019 YouTube video, the podcast producers describe the wide range of topics that Dolly Parton discusses in Dolly Parton’s America. One describes Parton’s most incredible gift as “taking him anything that’s painful and turning it into the most gorgeous song.”  “Dolly is planning things 100 years into the future,” she elaborates.  Dolly often relates how she puts the pain that someone else can’t express into words.  There’s no doubt that the song that emerges from her own loss will heal hearts forever.

The old-fashioned way is best for Dolly Parton

Dolly Parton is no doubt pleased with the honor for Dolly Parton’s America.  For her part, though, Parton prefers more basic tools of communication.  She writes 24 hours at a time during creative retreats.  Dolly takes pen and paper everywhere she goes.  She jots down lyrics on McDonald’s receipts or any handy scrap of paper.  Her Dictaphone stays within reach, too, while her guitar waits to be strummed.

Dolly Parton remains content to let the technical ins and outs of podcasting in the capable hands of younger talents.  The local Nashville producers distribute Dolly Parton’s America through WNYC and OSM Audio.  The affiliates share the award recognition.

A forever memory with Randy

Dolly Parton recalled the story of how her mother described Randy Parton as “your own walking, talking doll” who “cries real tears” and does all the natural things that babies do.  The Parton siblings dreamed of the “do everything” dolls in the catalog, but the expense was too steep for the parents.  Dolly’s brother, Larry, was supposed to be “her baby” to care for, but he unexpectedly died shortly after birth. Randy was welcomed into his clan with complete love.  Randy Parton not only became a touring member of Dolly’s band but also headlined his own show at Dolly at Dollywood after starting at the theme park since its 1986 opening.

In her heartfelt social media tribute, big sister Dolly Parton praised Randy as a “singer, writer, and entertainer.”  She noted their 1980 duet, “Old Flames Can’t Hold a Candle to You,” as “a highlight of my own career.”  Parton gushed that her brother “shined” in their Christmas duet of “You Are My Christmas” “just like he’s shining in heaven now.”

“I thank God above for sending me your love,” Randy Parton beautifully opens a verse in the song.  “It’s heavenly and I feel warm and safe.”

Brother and sister join as Dolly part comes in with “Just knowing that you care– you’ll always be there to stand by me with promises you make.  Bonds of love and family never vanish with time.  Randy’s daughter, Heidi embellishes with lovely high harmonies.  This heaven-sent session together stands cherished through generations by family and loyal fans.

It doesn’t take blood relation to feel like family around Dolly Parton.  Her Heartstrings co-star, Ben Lawson marvels in a Daily Mail feature how Dolly would circulate around the table at production and cast dinners.  She gives every person hugs and asks how he or she is doing.

Dolly Parton makes every person feel like family and America is showing the same support and love for her in this moment in Dolly Parton’s America and the world.

Kelly Clarkson Listens To Fans & Delivers — Here’s How
Carrie Underwood Hearkens Back To Signature Style On New Tune
Jimmie Allen Puts The APB Out On ‘On My Way’ With Jennifer Lopez
Maren Morris’ Tour Bus Is Far From Humble
Keith Urban Relies On Marital Devotion For Sobriety?