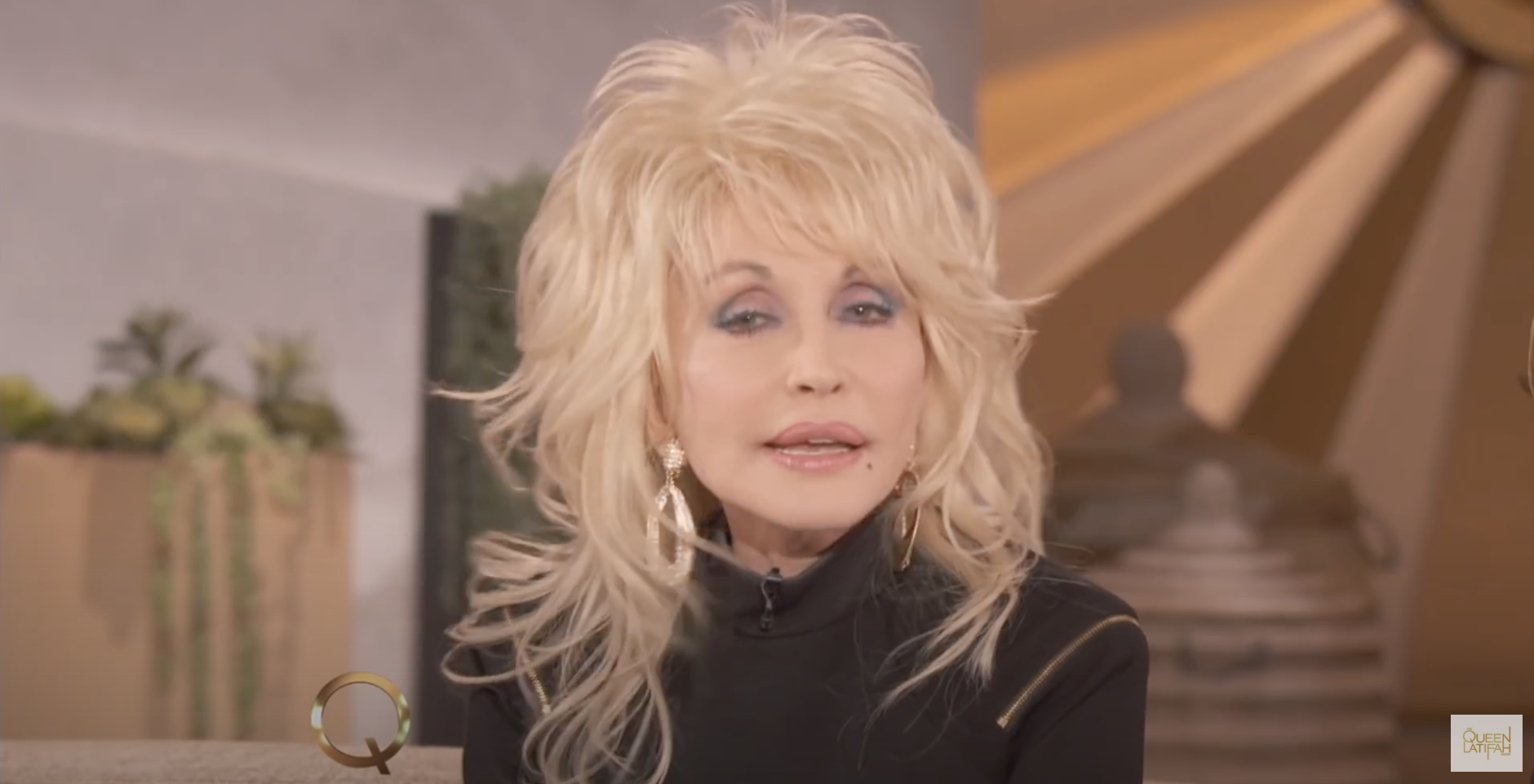 No star in the country music or entertainment realm shines like Dolly Parton.  The sparkle in the legendary living songwriter has very little to do with the rhinestones bedazzling her many stage dresses. On the contrary, the prolific artist reminded fans back in 1972 that “Love Isn’t Free”.  Consequently, she showers the world with love and care in as many ways as she can.

Dolly Parton frequently mentions how she looks for the “God-light” within every person.  She seeks to “be something, do something, or say something” to lift someone else every day.  Without a doubt, Dolly brought her biggest lift to the world yet in 2020. This is by her major funding for the Moderna vaccine.  She not only reminds everyone that the time will come “When Life Is Good Again”. And Dolly Parton also made her 75th birthday wish this month “a call for kindness”. In doing so, she urges followers to “get to unearthing love.”

Sadly, even for a force of nature and endless talent like Dolly Parton, there are scammers out there on social media trying to use the name of the icon and cash in on a sleazy hustle.  As MSN per WVLT in Knoxville confirms, Dolly and her handlers are out to put the kibosh on the fake accounts.

This year my birthday wish is a call for kindness. We can’t just hope for a brighter day, we have to work for a brighter day. Love too often gets buried in a world of hurt and fear. So today, January 19th, let’s get to unearthing love ❤️ https://t.co/CTShxNkbRq pic.twitter.com/0UFiMCyM9D

Illegitimate social media accounts, like those recently popping up claiming representation of Dolly Parton, are common thorns in the sides of celebrities.  It’s no surprise that the “Here You Come Again” singer likely wishes for the old days at times, when every detail of life gets posted in seconds, and there is always someone to take advantage of an opportunity.  In the 60s, it was easier to control media consumption.

In a Facebook alert to fans, Team Dolly assures fans that “This is her only official Facebook page,” with the blue verification circle checked.  The post details “numerous fake accounts” have surfaced posing as Dolly Parton.

The post further relates that “messages or comments on those pages are fraudulent,”  stressing that “She will never ask for personal information or money on any social media platform.”s One of the unfortunate situations of celebrity is that situations like these are constant, but Dolly Parton, like Loretta Lynn, Reba McEntire, and other Country queens, have crack PR and media teams to manage fraud.

In closing, the message requests followers to “Please report any accounts claiming to be Dolly so we can get them taken down to keep this platform safe and fun for all,” adding a heart sign and, of course, a butterfly.  Dolly Parton certainly approves of the tone and intent of her team.

Dolly Parton doesn’t mind telling anyone that she doesn’t create her stellar catalog of songs on a laptop.  The songwriting wonder and her helpers discovered a beautiful coincidence last fall.  “Jolene” and “I Will Always Love You” work together on the same cassette tape.  Dolly suggests that the indication speaks to both songs being written on the same day.

Pen and paper are always on hand for Dolly Parton, even if it means jotting down a lyric on a fast-food receipt.  Miley Cyrus absolutely adores her “little fairy godmother” as the two endearingly dub one another.  Still, the “Prisoner” singer pokes fun at her beloved “Aunt Dolly” for sticking with a fax machine to communicate.  Usually, Parton packs a Dictaphone with her handy belongings, too.

Dolly Parton had fun with the “distracted boyfriend” meme and a “Jolene” diversion, lately.  Dolly loves to have fun, but she usually leaves the technology to her experts.

Dolly Parton applauds the humanity and divine beauty in every person.  Looking out into her audience at any show gives the assurance that her heart and music welcome everyone, and it has been that way for ages.  The creative dynamo earned an Emmy nomination and recognition from the GLAAD Awards in the same week for an episode from her Netflix series, Heartstrings.

Generosity extends to all communities in need, according to Dolly Parton’s ethos.  The insightful songwriter sings “I hope life treats you kind” from her beloved ballad.  She partnered with her friend and the popular Dragcast podcast host, Nina West, a.k.a. Andrew Levin, in the “Kindness is Queen” campaign last summer.  Proceeds from the kindness line of accessories benefited both the Nina West Foundation, serving LGBTQ youth and families, and Parton’s Imagination Library.  The glitter on the outside never detracts from the genuine hearts inside of caring friends.

The three essentials for Dolly Parton are her wigs, her makeup, and her heels.  She openly confesses regarding Carl Dean, her husband of 54 years that “I know every line in his face and he knows every hair of my wig.”

During a November conversation with Oprah, Dolly Parton divulged on the sacrifices made for her career, but she’s not giving up on surgical enhancement through her senior years.

“I’ll look as young as my plastic surgeons will allow me to,” she contended in a People feature.  Nonetheless, Dolly Parton reiterates that youth and beauty flow from “what comes from inside you.”  “You gotta shine from within,” she stresses.

A collagen injection can fill lips and a surgeon’s knife can tweak a nose, but nothing can give the compassionate heart or colossal talent of Dolly Parton.  Those gifts can’t be counterfeit.  Falseness is for Team Dolly to handle.