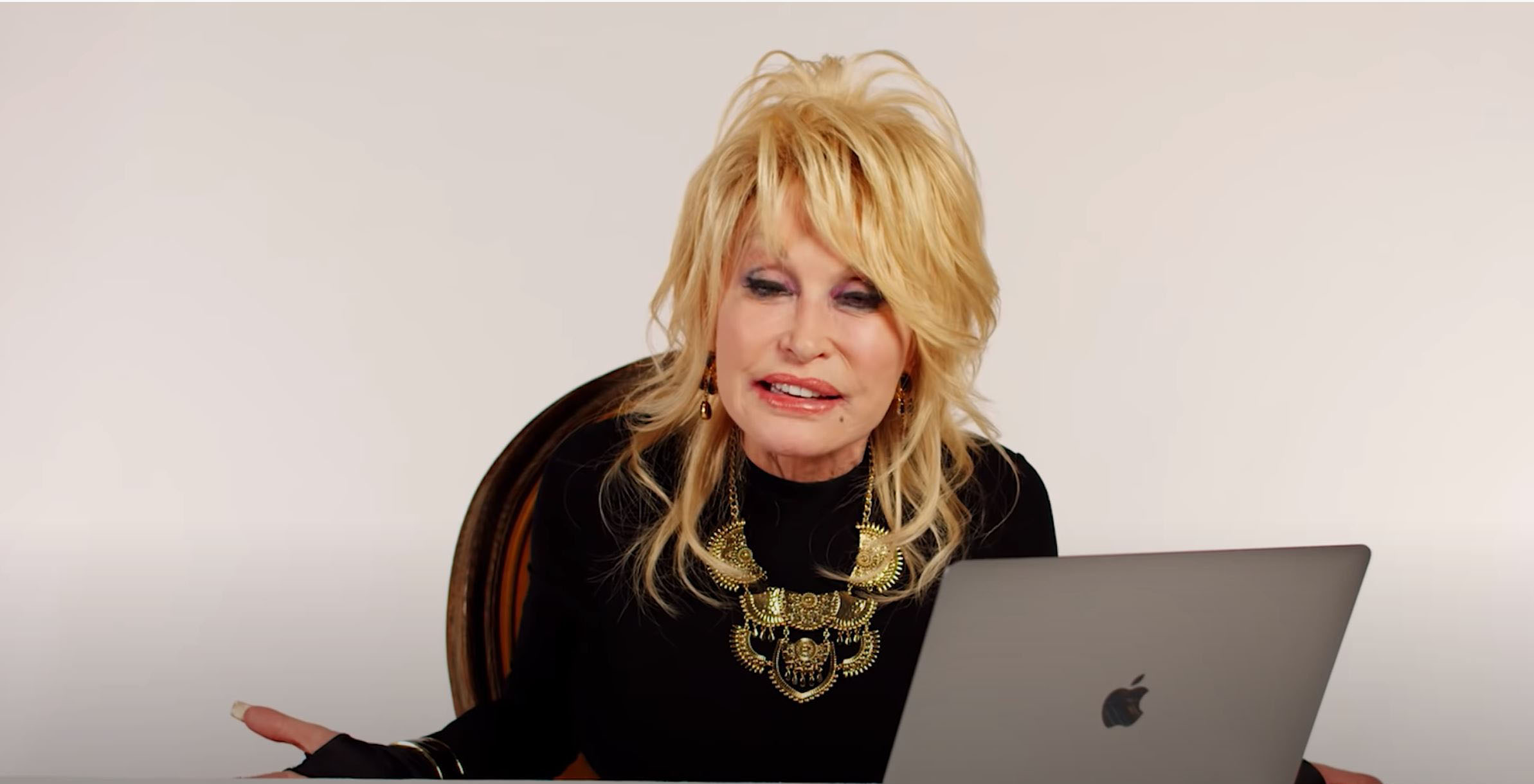 Dolly Parton knows that dreams come true.  The country music legend, actress, author, and treasured songwriter has accomplished success beyond the wildest dreams of the little girl from Sevier County, Tennessee.  The one-woman entertainment dynamo does two days’ worth of work before the sun comes up every morning.

No one denies that Dolly Parton’s presence seems to permeate the entire planet.  When the virus struck the world, the “Try” songwriter put dollars behind her faith and prayers to put vaccines in arms.  Philanthropy isn’t just a word to Dolly Parton– giving is a way of life, and her spirit brings purpose and hopes to countless people every day, not only through the pandemic.

A duo just won’t do this time

It’s so easy to think that Dolly Parton can do anything.  There’s one thing the petite powerhouse and her gal pals, Jane Fonda and Lily Tomlin, never managed to do—co-star in a 9 to 5 reunion.  Parton regretfully described how the proposed plans for the project fell through in 2019.  Jane and Lily made comedy gold on Grace and Frankie right from the start of the 2015 Netflix comedy.  Almost from the very first episode, everyone wanted to know when Dolly Parton would join the fun on the show.  According to Lily Tomlin and Jane Fonda, they pleaded for Dolly to take a role on the show as soon as possible.

The UK’s Daily Mail confirms today, February 11, that Dolly Parton will join her friends for a cameo appearance on the Emmy-nominated series.  The seventh and final season resumes production in early summer.  The stars certainly aligned just right to bring the fast friends and funny ladies back to the screen.  Dreams do come true for ardent Dolly fans and comedy lovers who keep 9 to 5 queued up and ready after a hard work week.  Start checking off the days now until the magic starts again with Dolly, Jane, and Lily!

Lily Tomlin put the birdie in the ear of Dolly Parton

Dolly Parton constantly keeps dozens of creative projects and business deals blazing in her fire.  The prolific songwriter makes a custom of writing a song every year on her birthday.  This year, however, her 75th birthday came with grief.  Parton’s younger brother, Randy, passed away from cancer only days after her milestone birthday.  Dolly understands the preciousness of time and music.  She made heartfelt pleas to Randy, Miley Cyrus, and her dad, Billy Ray Cyrus, to sing with her on A Holly Dolly Christmas. Each one lovingly obliges, without hesitation, making the Christmas collection even more of a priceless keepsake.

Nothing lifts the heart like friendship and laughter, and late last month, Lily Tomlin visited with Today, mentioning that the time was perfect for Dolly Parton to come on Grace and Frankie.

“We’ve got a great role for her this time,” Tomlin assures.   “I think she will do it,” The comedy icon speaks.  “I’m hoping she will.”

Well, the power of telepathy took hold.  Dolly Parton disclosed to ITV’s Lorraine show how she’s wanted to work with her dear friends for a long time.

“I have been trying to do Grace and Frankie for years,” Parton reiterated.  The wait is worth it for fans.  The episode makes a marvelous farewell for seven seasons.  Maybe that was part of the luck and the timing that brought Dolly Parton to the reunion.

“We worked so well on 9 to 5 and it’s a crazy, wonderful show,” Dolly Parton says of Grace and Frankie.

Parton elaborates that the production persisted in “trying to write me in somehow.”  When conditions are safe and the all-clear comes for Season 7 to roll into production, “I will probably get around to doing that,” Dolly relates.  No doubt, Lily Tomlin and Jane Fonda make sure she keeps this promise.

Fans never forget the methods devised by Dolly Parton’s Doralee Rhodes, Lily Tomlin’s Violet Newstead, and Jane Fonda’s Judy Bently to wrangle and ruin Dabney Coleman as Mr. Hart in the 1980 comic smash.  Newstead dropped something extra into the “Skinny and Sweet” that went into Hart’s coffee.  Judy figured out the timing and appointments to look the other way.  It took a girl from the farm to master the magnificent technique of hog-tying the man in charge, and Dolly Parton took training from childhood for that skill.

No one needs to hogtie Dolly Parton to get her on-set with Grace and Frankie.  Lily Tomlin explained on Today that arrangements are in place to allow Parton to perform her role virtually, if necessary.  All three ladies yearn for contact, however, it comes.

Grace and Frankie centers on the lives of two women caught in the surprise of something never expected when their husbands leave them for each other.  The very different characters share their circumstance in stride. They decide to live life to the fullest and make some bold choices along the way.  Season 7 has a theme of forgiveness running through the episodes.  That fits perfectly with Dolly Parton’s personality, so there are many ways to develop a divine character for her.   Parton commented back in the 80s on the Dolly show that “if I was a man, I’d be a drag queen.”  RuPaul guest-starred on the series in previous seasons. Dolly’s role is destined to be unforgettable.

Dolly sees a return to sharing music in concert

Dolly Parton is the youngest member of this delightful comic trio.  Jane Fonda is 82 and Lily Tomlin is 81.  All three ladies are as wonderful as ever.  Dolly recalls in numerous interviews how she took moviemaking so seriously that she learned every line in the script.  “I thought it was like a play,” she relates of memorizing more than her own character’s words.  She actually wrote the 9 to 5 theme song during a lunch break with Fonda and Tomlin.  Her acrylic nails brought the sound of typewriters to mind.  The friends use a secret greeting to this day, clicking their nails anytime they meet.  It’s harder for Jane and Lily, who don’t have acrylic nails.

The “When Life Is Good Again” singer is more than ready to sing her words and greet her countless fans at concerts again, once the vaccines are “out to everybody.”  The timeline is hard to tell for Dolly Parton, just as it is for everyone else in entertainment.  Dolly Parton definitely believes “we will be able to get out and do the concerts and get back on the road.”  “It will come one day,” she affirms.

Her bus is probably packed, gassed up, and ready.

Are you ready to see Dolly Parton on Grace and Frankie?  Shout out in the comments section.