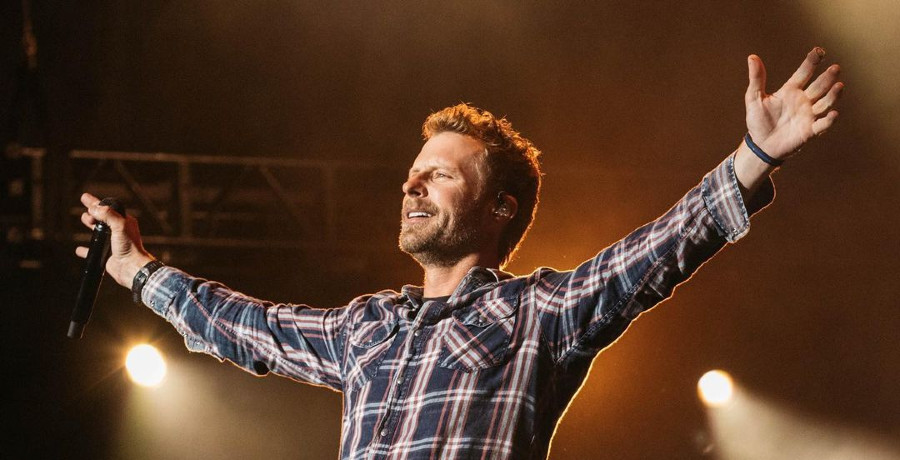 Fans were ready to see live performances and collaborations during the two-hour special of Grand Ole Opry: 95 Years of Country Music. But they may not have been ready for the new version of Dierks Bentley that arrived on stage for his performances. Dierks has always had a signature look of short-cropped hair and a short beard and a bit of a rocker vibe. But the Dierks showed up on stage last night was different.

Now Dierks is sporting long hair brushing his shoulders and a full beard. Now the hair may not be a surprise to some people who have seen his “Gone” music video. But he also went full country with his wardrobe selection. Dierks switched out his traditional t-shirts for a plaid shirt blue jean jacket.

Despite the surprise of Dierks’s look, he turned in some stellar performances. He performed his single “Burning Man.” For this solo performance, Dierks chose to slow down the song just enough that it was more introspective. Then he performed “Pancho and Lefty” with Marty Stuart.

This duet was an interesting full-circle moment for the Opry special. Marty Stuart is the person that inducted Bentley into the Grand Ole Opry in 2005.

The original version of “Pancho and Lefty” was recorded by Willie Nelson and Merle Haggard in 1983. Merle performed at the Opry multiple times during his career but was never inducted as a member. Willie, however, chose to give up his membership as a member of the Grand Ole Opry.

The Opry has specific requirements of its members including a specific number of performances every year. The reason Nelson chose to give up his membership so that he could return to his home state of Texas. He did not want to have to continuously travel to Nashville every weekend for performances at the Opry. So instead, he performs throughout his beloved home state.

Other country artists, George Strait, for example, chose to decline memberships to the Opry for the same reasons as Nelson. But all country artists respect the history and tradition of the Opry. And they often refer to the halls and stage of the Opry as home.

The Grand Ole Opry in truth was the birthplace of country music and Brad Paisley, who co-hosted, thanked NBC for making the special happen. He said during an interview with Kelly Clarkson last week that he did not know if something like this could have been done otherwise.

The Grand Ole Opry: 95 Years of Country Music really dove into the archives of the Opry’s long history to provide an incredible show. The performances included popular artists like Kane Brown, Kelsea Ballarini; familiar artists like Trisha Yearwood and Garth Brooks and legendary artists like Dolly Parton. All of these were intertwined with videos of special moments from the Opry’s past including interviews and performances.