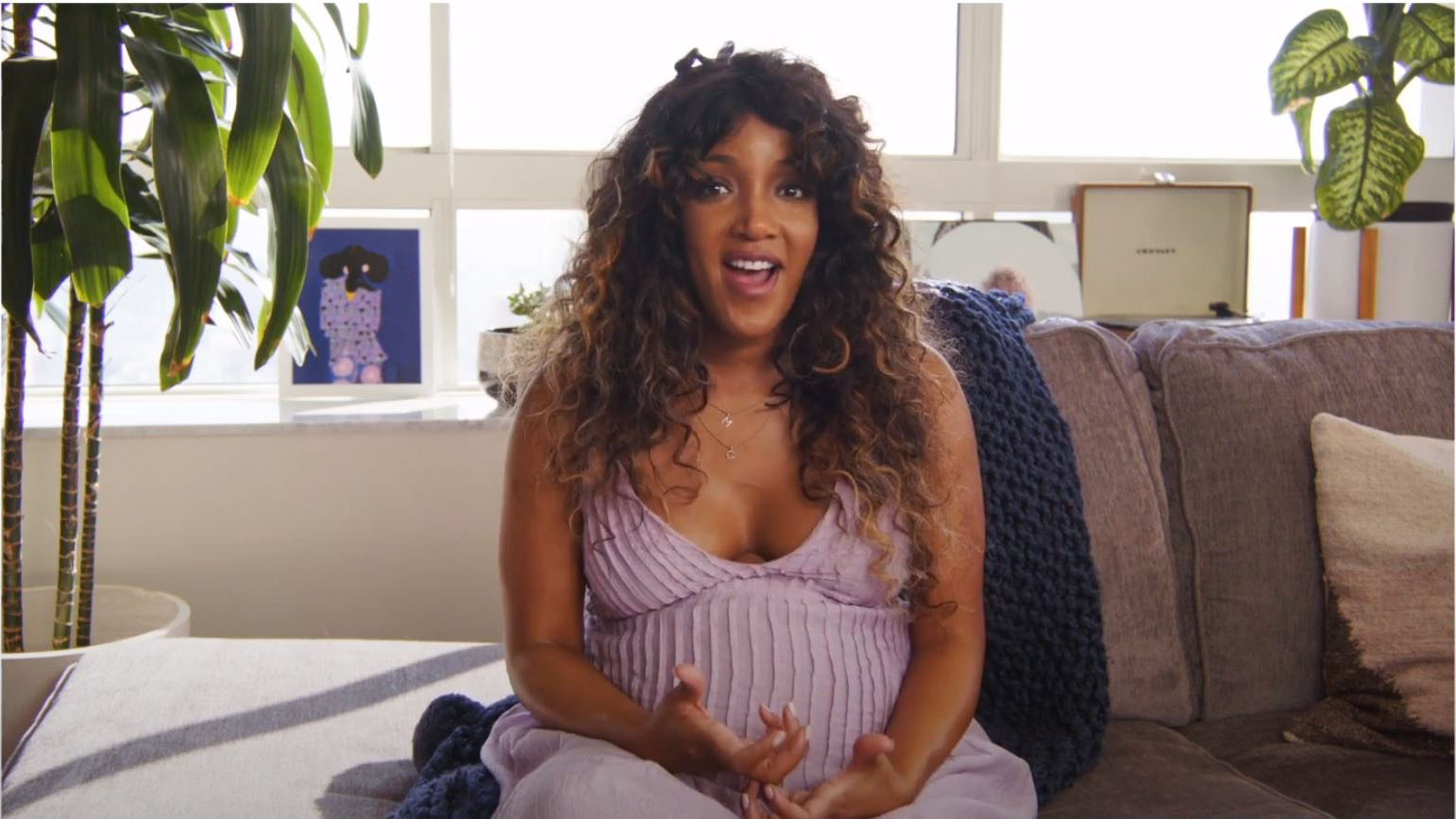 Mickey Guyton made history in 2020, in more ways than one.  The singer-songwriter with the soulful and soaring range became the first Black woman to ever take the stage as a performer at the 2020 ACM Awards.  Her scorchingly honest and unflinching ballad, “What Are You Gonna Tell Her?” swept everyone in attendance and anyone watching with conviction.

In late November, the surprise and honor of a lifetime came while Mickey Guyton announced Grammy nominees in the Gospel, Roots, Contemporary Christian, and Spoken Word categories.  As she prepared for her part, screams came from her team in the next room.  Guyton got her own Grammy announcement for Best Solo Country Performance for “Black Like Me.”  She was cordially invited to the Grammy ceremony before pandemic precautions postponed the ceremony to March.  Mickey Guyton blamed her gushes of tears on the pregnancy hormones of being a mom-to-be. However, the 37-year-old Texas native stepped into her truest country music success when she embraced her own truth.  She deserved to savor her moment.

Early this month, Mickey Guyton made history in her own family when she and her husband, Grant Savoy, welcomed their son, Grayson, to the world.  The hard work and honor of parenthood are the deepest rewards in life.  Still, any artist pouring in a decade of talent, tears, sweat, and endless shows for her craft yearns for recognition and inclusion within her artistic community. This morning, Mickey Guyton, takes a second nod for New Female Artist of the Year for the 2021 ACM Awards, as  Entertainment Tonight reports in a YouTube video today, February 26th.

As her songwriting verifies, Mickey Guyton has a way with a lively hook and honest lyrics.  Nine months of preparedness and nurturing didn’t stop the new mom from speaking the truth about her baby boy’s arrival.

“The hardest and most beautiful thing I have ever done,” Mickey Guyton writes of her peacefully resting baby on social media in his first portrait.  No doubt, the new mommy is adjusting to the days when little Grayson, just like every baby, hardly gives a minute’s rest.  Pulling off the trick of being nominated for New Female Artist of the Year two times is quite a feat, too, as Billboard confirms.

Guyton was nominated five years ago for the honor.  Her breakout song “Better Than You Left Me” is another anthem of resilience that introduced her to country music audiences and created a fervent fan-following.  It took her personal resolve to create from a stance of honesty and truth, breaking free of the “Nashville system” of making stars, before Mickey Guyton finally hit this deserved peak of success.

CBS This Morning broke the earliest news for the ACM Award nominees. Kelsea Ballerini and the Brothers Osborne chimed in for the announcements of their contemporaries.  Mickey Guyton certainly remembers how Kelsea was one of her biggest cheerleaders after her ACM performance.  Ballerini is up for Female Artist of the Year.  Additionally, another mutual friend, Maren Morris, also in Guyton’s cheering section, Miranda Lambert, Ashley McBryde, and Carly Pearce round out the contenders.  Kelsea recalls with Gayle King that she and Pearce started at the same time “since we both had anything going on,” so she feels more excited over the honor for her friend than for herself.  Ballerini had the pleasure of announcing Brothers Osborne among the Duo of the Year nominees.

A ladies sweep also struck the Single of the Year category.  Miranda Lambert’s “Bluebird,” Gabby Barrett’s “I Hope,” Lee Brice, and Carly Pearce’s collaboration on “I Hope You’re Happy Now” joins Ingrid Andress’s “More Hearts Than Mine” and Maren Morris’ “The Bones” among the heady field.  T.J. Osborne reflected that “the women just write better songs than us,” while his sibling thinks that the all-female category means “we’re getting there,” regarding recognition of diversity across genders in the Country genre.  T.J. voiced heartfelt appreciation for the support from so many encourages of his decision to live his truth by coming out.  “If I knew it was going to be like this, I would have done it years ago,” the singer relates.

Some big-name and beloved stars didn’t snag any honors when it came to possibly taking home trophies.  Carrie Underwood, Keith Urban, and Little Big Town were part of the group that became passed over.  None of these luminaries should feel left out.  They each continue to make some of the best music of their careers and offer themselves and their music in times when it is most needed.   Stalwarts of the industry can’t always count on their steady fan base for support.

This season of consciousness and change is necessary, and diversity always enhances anything it touches.  Mickey Guyton has dedicated herself as a “door opener” for artists of color behind her.  She hopes to see them walk through to their own country music destiny.

Longtime fans of Mickey Guyton know she can lay down some legitimate Whitney Houston and she adores Dolly Parton, too.  For years, she’s been singing Beyoncé’s “If I Were a Boy” to crowds big and small on tours.  The tender, truthful ballad has been covered by artists of all colors and nationalities across the globe.

Giving birth and getting used to infant schedules likely takes more time than Mickey Guyton imagined.  Even so, she didn’t forget Black History Month.  She made a special release recording of “If I Were a Boy” exclusively for Amazon music. The recording happened pre-labor but the release only came this week.  Guyton wore beautiful lavender to match the artwork created by interdisciplinary artist, Jamilla Okubo, for the project.

Guyton thrives on her role in guiding the next generation of artists, in whatever field they pursue.  She celebrated the vibrant colors with Jamilla, as related in a Yahoo per MSN feature.  When her young fans see the vibrant portrait, “I really hope people don’t see me, I hope they see themselves,” MickeGuyton encourages.  Now that she has a boy of her own to raise, the new mom relates to the song in a whole new way than she did “when I first heard it, about eight years ago.”

In motherhood, her music milestones, and in finding a deeper mission for her legacy, Mickey Guyton is finding interludes of “Heaven Down Here.”