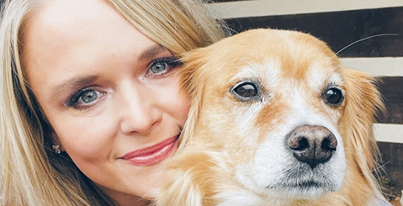 Sometimes it seems like Miranda Lambert does more in a week than most artists, or people for that matter do, in a year. Lambert’s charity MuttNation donated $250,000 to animal shelters all across the US. Fifty shelters and foster-based rescue groups received checks for $5,000 to assist in supporting their efforts to unite pets with their forever families. These donations were made in partnership with Tractor Supply through the Mutts Across America campaign.

Lambert released the following statement in regards to the generous donations across the US. “While the pandemic really opened people’s hearts and homes to adopting and fostering in record numbers, shelters were unable to hold their regular fundraising events, which left a big gap. We know that these funds will help shelters continue to provide a great environment for their pets, employees, volunteers, and the communities at-large that they serve.”

Miranda co-founded MuttNation with her mother Bev Lambert in 2009 to support no-kill shelters by helping facilitate adoptions, promoting spay & neutering for all pets, and educating the public. MuttNation is present at most events Miranda Lambert participates in or hosts including the CMA Fest and her concerts.

Shelters can apply for grants from Mutts Across America through their website and each year MuttNation veterinarians qualify the shelters based on eight specific criteria. These criteria include adoption rates, volunteer rates, community presence, and fiscal responsibility. Most no-kill shelters are non-profit organizations that rely on fundraising and donations to keep their doors open. And their staff are primarily volunteers who simply love animals. This is the largest amount that Mutts Across America has donated at one time. Miranda called the program a “cornerstone” of MuttNation’s goal to help shelters across America. Since Mutts Across America was established in 2015 the program has supported 350 shelters with donations totaling over $1.25 million.

One of the best things about the grants is that they are a surprise. The shelters do not know that they will be receiving the grant until their check arrives in the mail. Lambert doesn’t need the fanfare; she just wants to help as many animals as she can. “Mutts Across America resonates with all animal lovers because it shines a light on the special work that these outstanding shelters do in their communities.”

This monumental donation caps off a massive week for Miranda Lambert. She must have been preparing for 2021 all during the lockdowns. Over the last week, Miranda made several big announcements. The first is that she will be the first female country artist to own a restaurant/bar in downtown Nashville. She confirmed that her new collaboration record The Marfa Tapes will be released in May and she is set to perform for the Grammy Awards on Sunday.

Miranda received three Grammy Award nominations this year. She is looking forward to attending the show this year with her husband Brendan McLoughlin. Be sure to watch the 63rd Annual Grammy Awards show on CBS Sunday, March 14, 2021, at 8 p.m. ET.