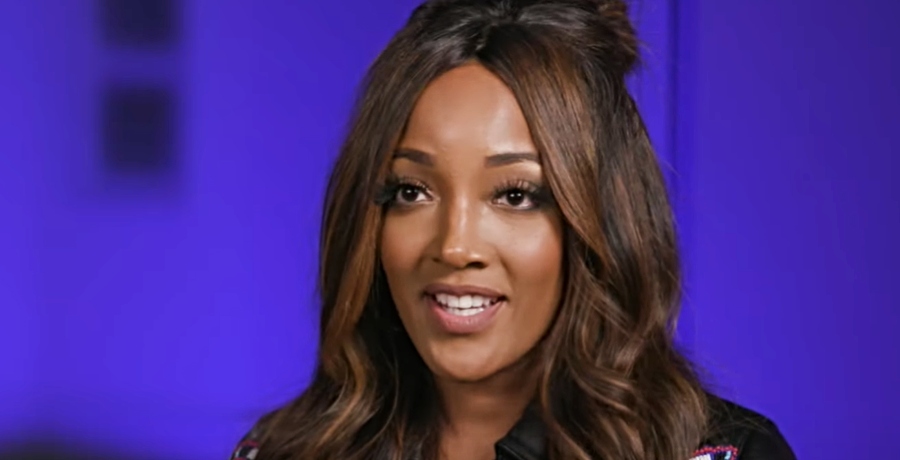 Country music songstress, Mickey Guyton didn’t hold the golden gramophone at the end of the night at the Grammys—she did more than that.  The artist with roots in Arlington and Waco, Texas took every heart as her own with her stirring, gospel-grounded rendition of “Black Like Me.”  No one will ever forget the night when Mickey Guyton took center stage at the Grammys, and the singer-songwriter’s path to respect, recognition, and a rising career will never be the same.

Now that the whole music world is soaking in the sound, soulfulness, and soaring range of Mickey Guyton, the artist has the best news of all.  As CMT Edge and Taste of Country confirm, Guyton has big plans for the summer, and the singer doesn’t mean simply enjoying days at the beach with her beautiful new baby son and her husband.  A full-length album is in the works to fill the summer days for every Mickey Guyton fan with sweet new tunes– and she may even make it a double!

Speaking of terrific summertime songs, Mickey Guyton teams up with Country-rap-R&B hybrid hitmaker, Breland on his breezy song, “Cross Country.” The collaborators not only come together vocally as natural as a summer morning with the windows rolled down but moreover, they share journeys of forging their own path and believing in their gifts.

Mickey Guyton candidly chats with Breland on his Apple Music Country radio show, Land of the BRE, before the songwriter drops the best kind of musical news bomb.

“Oh, yeah, this is coming out this summer,” Guyton casually relates of her debut full-length album. The next comment from Mickey Guyton is enough to send fans’ spirits into the stratosphere.

“I have so many songs,” the singer assures.  “We might even be double album-ing it, I’m not sure,” Mickey Guyton relates.

Mickey Guyton knows the hard work, sweat, and tears it takes to finally have success in country music.  She’s shared the stage with Brad Paisley and stars at every level before the acclaim of her live performances this year.  She never expected anything about her journey to be easy, but she hoped to be heard.  Being heard is especially difficult without radio play.  Like Jennifer Nettles, Mickey Guyton is an outspoken ambassador for the cause of “play equity” for women on country radio.

After three EP’s since signing with Capitol Nashville a decade ago, Mickey Guyton is more than ready for her first true album collection.

“Isn’t that crazy?” Guyton asks herself.  She notes that other artists signed long after her “have had full-on albums.”  “This is my first album,” Mickey Guyton proclaims.  The “Sister” singer still marvels at how “Black Like Me” broke through to find its audience in the middle of a pandemic.   Her own social media was the place where she first posted the truth-telling cry for social justice.

Reaching to others as she rises

Guyton also takes the advice of one of her mentors, Black female Country chart pioneer, Rissi Palmer, who climbed to new music territory in 2007 with “Country Girl.”  Earlier this week, Palmer reflected on CBS News how she now sees success as part of the global community of color.  When she began breaking ground in country music, she thought “working hard and keeping my head down” were keys to climbing higher.  Mickey Guyton considers the Color Me Country host to be the “head majorette” in opening doors for women of color in the Country genre, as she explains in a Country Music Alley feature last December. Guyton assumes her role as a mentor with if abundant grace.

Mickey Guyton seems determined not to give away too much about the gems on her album just yet.  She mentions a song, “Smoke,” however, piquing the interest of Breland and her bevy of listeners.  “Where there’s smoke, there’s fire,” Mickey teases.

.@mickeyguyton is making change and taking names in the music industry. Celebrate Women’s History Month with her and join her in ONE MONTH as she hosts the #ACMAwards with @keithurban on 4/18! pic.twitter.com/VRBsFa22r9

Breland is widely known for his collaboration with Sam Hunt on “My Truck.”  Mickey Guyton admits that she was “moved to tears” to sing with the platinum-selling songwriter and producer.  “You’re so brave and beautifully you,” she praises the creative partner.  She particularly appreciates how Breland is bringing “so much love into Nashville” by his efforts to use his music to bridge social and cultural gaps and create one family as artists.

Mickey Guyton is just weeks away from spending time with another artist in her mutual admiration society– Keith Urban.  Keith never spoke during her piercing performance of “What Are You Gonna Tell Her?” on the ACM Awards stage last fall, but he let her know that he had her back with every note he played and each watchful look during the ballad.  The two performers reunite to host the 2021 ceremony.

Breland and Keith Urban are big-name creative forces in music. For new mommy, Mickey, however, no song matches the sweetness of her beautiful son, Grayson, when he coos.

“I can literally just stare at him all day,” the first-time parent confesses in the caption to three precious glimpses of her little guy in blue.  “I can’t believe I’m a mom,” Mickey writes.  She offers gratitude by saying “I can’t believe God gave me this human to look after forever.” Hearts can only hope for the songs that come from this mother’s journey.

The 2021 ACM Awards air on April 18 on CBS.  This dynamic hosting duo is sure to bring a lively, different vibe to the night, and both hosts could take home trophies.