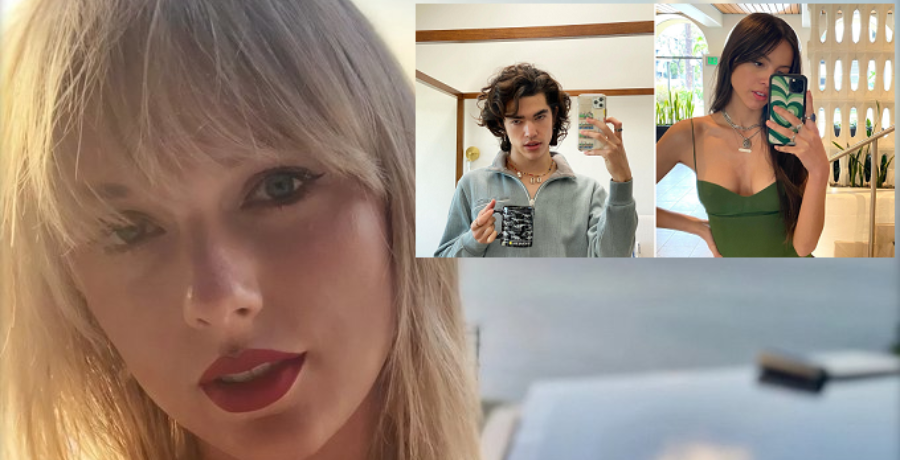 On Friday, April 9, Taylor Swift released Fearless (Taylor’s Version). While it’s not a new album, it includes some never-before-heard tracks. Plus, some would think it’s more pop in style compared to the 2008’s Fearless. However, Swift admitted that she wanted to stay true to the original style of her sophomore album.

Taylor Swift is proud of her “two kids”

On Thursday, April 8, Taylor Swift took to social media to post a TikTok video from Conan Gray that featured him and Rodrigo reenacting a scene similar to the iconic bedroom scene from the “You Belong With Me” music video. The clip includes Swift’s new version of the single, which is from her second studio album.

“You ok? NO cause I sent my two kids Olivia Rodrigo and Conan Gray my new version of ‘You Belong With Me’ and THEY ARE SO CUTE IT PHYSICALLY HURTS ME ((Album out at midnight!)),” Swift tweeted.

You ok? NO cause I sent my two kids @Olivia_Rodrigo and @conangray my new version of You Belong With Me and THEY ARE SO CUTE IT PHYSICALLY HURTS ME
((Album out at midnight!)) pic.twitter.com/yDJusP8TAs

The “Driver’s License” singer posted a Reel on Instagram that featured “White House (Taylor’s Version).” The video shows Rodrigo and Gray wearing cowboy hats. The “Maniac” singer hands her a gold tiara, but she refuses it. Then, he picks her up and dances around with her. In another shot, they hold hands as they walked up the stairs and goof around as they mouthed the lyrics to the song.

“We got a sneak peek of white horse (taylor’s version) and we just had to make this vid lol,” Rodrigo wrote in the caption. “one of my fav songs of all time. Remix this and sing along! @conangray.”

Gray jokingly commented on the post, “I’m not a princess…..”

Taylor Swift shared a snippet of her re-recorded Fearless track during her appearance on Good Morning America. Last month, Olivia Rodrigo revealed that the “Willow” singer gave her a ring similar to the one she wore during her Red album era days. The singer-songwriter called Swift “the kindest individual in the whole world.” Swift has since shown her support for the up-and-coming artist earlier this year.

Fearless (Taylor’s Version) dropped at midnight on Friday, April 9. Last week, Swift posted the record’s tracklisting with a cryptic puzzle for fans to guess. What are your thoughts on her new album? Sound off below in the comments.