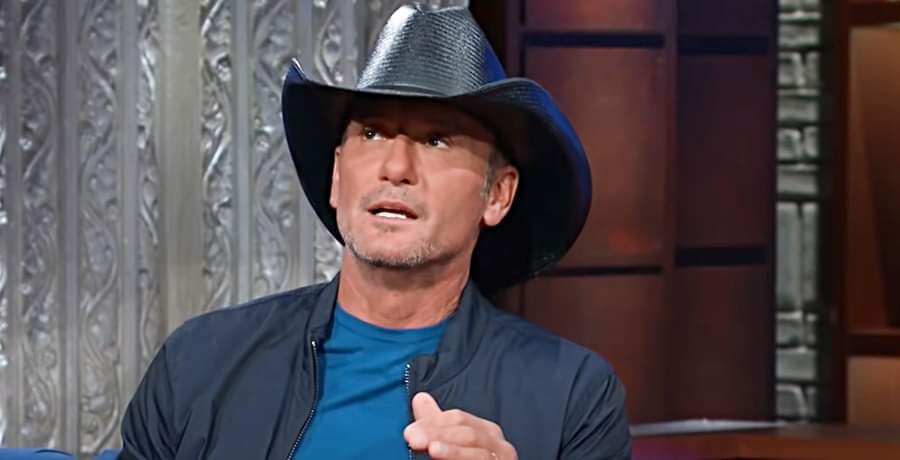 Country megastar Tim McGraw makes much more than hit records. The “I Called Mama” singer creates timeless classics that speak to all he values over more than three decades of reigning atop the charts.  The pandemic seems to have kindled a renewed creative spark for the artist who turned “Humble and Kind” and “Live Like You Were Dying” into social callings beyond his personal mantras.

Tim McGraw encapsulated the cherished bonds of home and hearth on Here On Earth, released in August of 2020, along with a respite of a California vacation in the Glen Campbell-Esque orchestrations on “LA.”   The reminiscence of almost every breathing guy reverberates in “Sheryl Crow,” with its yearning for a sun-stroked day on the beach to go with the infectious hooks from the singer.  The tribute was totally fine with Sheryl Crow herself, as she reflected in a September, 2020 feature in Country Music Alley.

Whether it’s a case of making a good thing a whole lot better, as Tim McGraw fans agree, or not being able to leave well enough alone, Tim McGraw plans on adding a whole lot more words and music to Here On Earth. The Ultimate Edition and Here On Earth Ultimate Video Edition release on April 16, as MSN per Rolling Stone and Taste of Country confirm.

It only takes a sharpie writing “Tim McGraw” and the title of the song to sweep listeners under the moving spell of “God Moves the Pen.” From “William Shakespeare writing on a piece of paper” and “Hank Williams singing on an old guitar,” the tender ballad swiftly transitions to the simple truth that poetry can come from Post-it notes and small-town water towers, so long as the message from the heart of the writer is true.  Every word of love is inspired by divine providence. No matter if the words come from volumes of sonnets or scribbles on a car window or a child’s touching note, the source is the same in the chorus—“ Love moves the heart/God moves the pen.”

Along with the marvelous opener for the expanded edition and the Here On Earth original 16 tracks, Tim McGraw’s healing collaboration with Tyler Hubbard, “Undivided,” is included, as well as “Thought About You” and “Neon Church.”  The songs “Truth Is” and “Cuttin’ Onions” originally were only available as Target exclusives, and now come to the mass market playlist.  “Keep Your Eyes on Me,” the stirring duet from The Shack, performed with poignant emotion by Faith Hill and Tim McGraw, makes added treat, and “Gravity” from Free Solo also makes the deluxe cut.

When it comes to a father’s words, Tim McGraw takes the cake

Furthermore, a visual feast is in store for those who choose the ultimate video collection.  Video renditions for “I Called Mama,” the family-memory montage of “Gravy,” “Undivided,” “Thought About You” and “Neon Church” certainly tease the eyes and tug the heartstrings. June 12th’s Record Store Day prompts Tim McGraw to offer a special 12” disc of the live performance of “Undivided” from Celebrating America, backed by an acoustic version of “I Called Mama.”

None of Tim McGraw’s and Faith Hill’s gorgeous, talented, and giving daughters have to worry about their parents’ support in any situation.  Although McGraw notoriously comes down on himself as a songwriter, saying that the song always has to “win,” not the artist, Gracie, 23, Maggie, 22, and Audrey, 19, verify that their father’s heartfelt messages may not rhyme, but they certainly convey the essence of unconditional love.

Each daughter blesses in her own way

Early last December, papa Tim McGraw paid a beautiful birthday tribute to his youngest daughter, just before she set off for flight away from the nest in New York City.  While Faith Hill recalls the details of Audrey’s early arrival to the family with more accuracy, dad remembers how his young daughter was a “full-on million watt light” in their lives from her first breath.  “I want you to realize how deeply your mom, sisters and I love and adore you,” the proud dad continues. Besides praising his girl as a “steadfast friend” who is always willing “to listen and learn,” the famous father assures that he knows his daughter will “work your tail off.”  “I admire you,” McGraw closes.  Faith Hill cherishes the countless performances of Lennon-McCartney songs from Across the Universe that Audrey graciously provided.

In a similar fashion, Tim McGraw celebrates his daughter, Gracie as the loving and loyal sister and friend, who stands strong in her self-acceptance and sense of confidence.  He recalls the “boisterous laugh” that lets everyone know Gracie is in the room.

Maggie McGraw already puts service as primary in her life.  She spearheaded the CMT Nashville efforts for “Feed the Frontline” as the pandemic surged.  Tim McGraw and Faith Hill pulled in some star-studded support in the endeavor.

As for Tim McGraw’s declaration of love for his own bride in 24 years—25 come October—well, the superstar says the future “only matters if I’m with you.”  “My oxygen only exists if you’re by my side,” the husband assured last year.  The devotion and diligence in this couple for making marriage work seems to outshine any Shakespearean classic.

Taking a page from the Tim and Faith playbook

Songwriters James Slater and Tony Lane take the credit for “God Moves the Pen.”  Still, an added dash of personal detail only makes any song better.

In the case of this new Tim McGraw favorite, a sweet and spicy line about “red lipstick on a bathroom mirror” rises straight from the true story of Tim McGraw’s colorful proposal to Faith Hill.  The message inscribed on the bathroom mirror of her tour bus in 1996 indeed gets her affirmative reply.  Spontaneous Combustion proved to be more than the name of the tour, but it’s the slow, steady unquenchable fire of real love that stays aglow for a lifetime.

Stay tuned to Country Music Alley for the latest on new music and happenings with your favorite stars!