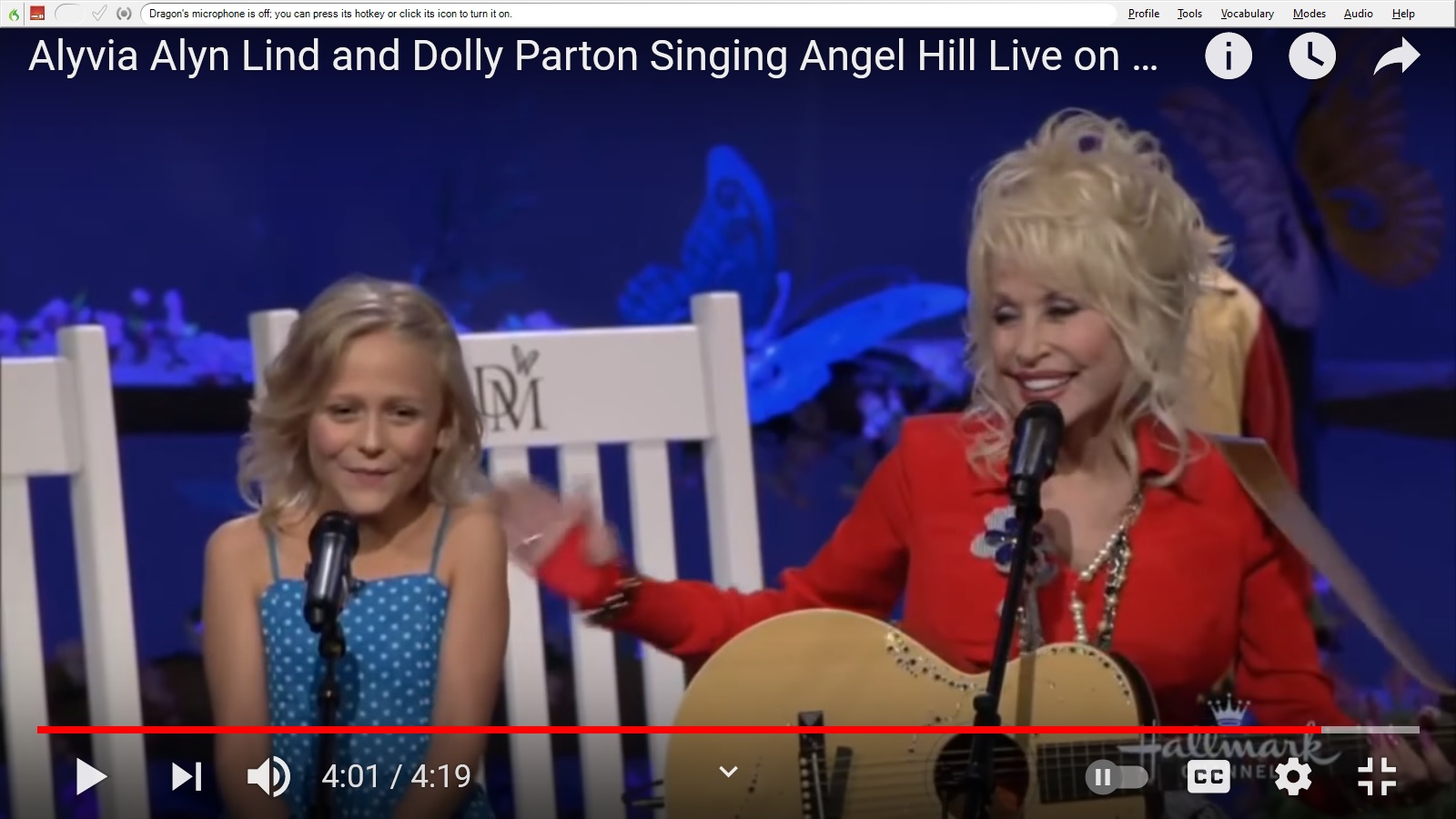 Nothing and no one fills the heart or a song like Dolly Parton.  The songwriting wonder and country music queen keeps accumulating honors from super-selling, delicious desserts to official recognition from the governor of Tennessee, Bill Lee.  Her passionate work for the Imagination Library in fostering young readers is her favorite pursuit.  This time, the accolade doesn’t depend on Dolly Parton’s acceptance.  Gov. Lee simply signed the resolution to “our TN Treasure” to make it official, as WVLT per MSN reports.

Every Dolly Parton song, just like each one of the artist’s memories, is a treasure.  Yahoo! News and Wide Open Country revisit a touching song, “Angel Hill” in April 21 features.  The simultaneous sorrow and sweet remembrance in the song tug at the heart of everyone who loves Dolly Parton’s autobiographical 2015 TV chronicle, Coat of Many Colors. The fondness between Parton and Alyvia Alyn Lind, who embodies the youthful superstar on the small screen, rings loud and clear.

The loss of “one of my little brothers” comprises “a big portion of the movie” Dolly Parton describes in a 2016 performance clip from the Hallmark Channel’s Home & Family. As with most rural mountain families, the older siblings took responsibility for the youngest and neediest of the brood. Dolly recalls the extra effort in caretaking.

“We’d have to get up and rock it or whatever,” Parton relates of the newborn assigned to a particular sibling.  The “Daddy’s Working Boots” daughter was nine when her brother, Larry, died.  The scene of Alyvia Alyn Lind as Dolly Parton stretched across her tiny brother’s grave is one of the most indelible in Coat of Many Colors.  The sister and songwriter reflects on being “so heartbroken” at the time and creating the song years before the film as a tribute.

The heartrending ballad builds with anticipation of the joy of counting “your fingers and toes” and taking in “the scent of your skin.”

“My angel, I love you/I have and I will/For as long as the flowers bloom on yonder hill” Dolly Parton pledges in the verse.  The celebration of life together with “my gift from above” abruptly changes in the second verse.  “They say that God took you/They say that He needed you more,” Parton phrases her childhood remembrance.  The last words in rhyme rename “yonder hill” to “Angel Hill,” assuring that “I’ll meet you in heaven if it be God’s will.”

Years passed since the precious moment between the co-stars. The quiet, sweet faith of a child’s heart endures forever in song.

Tragically, the year 2021 already wields tremendous family loss for Dolly Parton. Just days after her 75th birthday in January, her younger brother, Randy Parton, passed at 68 from cancer.  Besides their duet on “Old Flames (Can’t Hold a Candle to You,” and her talented, big-hearted brother’s presence at countless Dollywood Parton family performances, Randy and Dolly shine eternally with fans every Christmas on their duet, “You Are My Christmas,” which is forever a gift of heart and harmony on Parton’s A Holly Dolly Christmas, released last year.

Bill Owens was the most fervent booster in Dolly Parton’s corner.  He was also a formidable creative artist in his own right.  “I wouldn’t be here if he hadn’t been there,” she praises in her poignant and deeply personal eulogy earlier this month.  Owens was 85.  The Parton-Owens clan celebrates from heaven and earth now, and the music only grows sweeter.

Keeping busy and staying in touch with old friends are habits that keep Dolly Parton going.  Her gal pals, Jane Fonda and Lily Tomlin look forward to a reunion of sorts when Dolly turns up in the Grace and Frankie series finale on Netflix. There’s hardly a day when anyone finds Dolly Parton without irons in the fire.

Dolly Parton’s work ethic apparently rubbed off on Alyvia Alyn Lind after her early starring roles in the country music queen’s story.  The gifted star just gave up her Daytime Emmy-nominated role as Faith Newman on The Young and the Restless to become Lexy in the CHUCKY TV series, now in preproduction. Talk about a change of pace! Still, Alyvia consistently proves her versatility, just like Dolly Parton.

Proud to sign this resolution and recognize our TN Treasure @DollyParton for her contributions to children’s literacy. Since 1995, Dolly has worked far beyond 9 to 5 to distribute 152+ million books to 1.8+ million kids.

Thank you, Dolly! TN will always love you. pic.twitter.com/JZ0eKT2VHN

Only care about numbers that matter

One of Dolly Parton’s favorite “Dolly-isms” is “Don’t be so busy making a living that you forget to make a life.” The singular “9 to 5” singer never holds to standard hours.  She makes every minute of the day and her life count for something.  Parton probably delights in the numbers noted by Gov. Bill Lee of more than 152 million books mailed out to “1.8 million kids” as his Twitter message cites.

No matter young or old, rich or poor, celebrity or not, the span of life is never a known quantity.  The number doesn’t matter.  What counts is the quality captured within each day to do something that matters to another person.  Dolly Parton’s career involves lots of figures, but she wants to leave a legacy for the future.