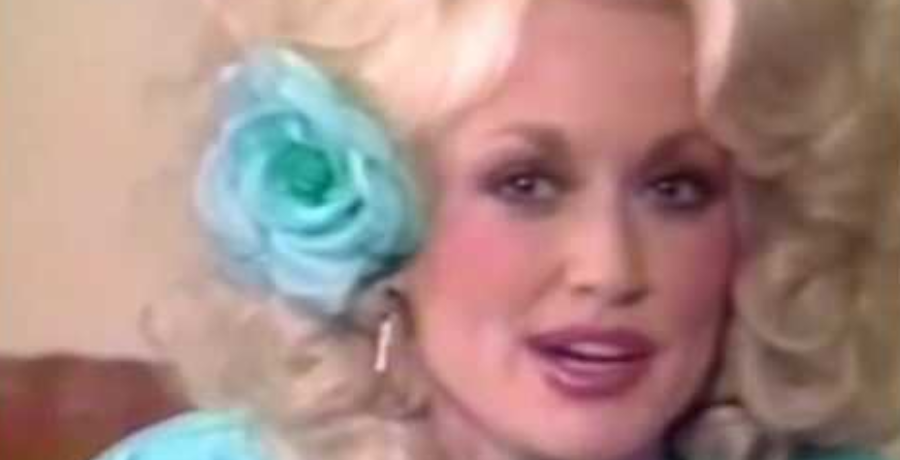 Positivity is a trademark of the Dolly Parton brand. From her well-loved adages, dubbed “Dolly-isms” on life, love, and fulfillment, to her very presence on any stage, the legendary singer-songwriter captivates hearts with her uplifting aura, far beyond the country music world.

Her vast catalog of songs over more than six decades encompasses every human emotion. Dolly Parton’s business savvy is renowned by her fellow artists and respected in every boardroom meeting. Still, the “9 To 5” artist who rises long before dawn to get down to business admits that every so often, she makes a wayward decision.

In a CheatSheet feature, Dolly Parton looks back to one early 70s album cover him with some misgivings. As always, her smile, heart, and spirit are in the right place, but the bubbles go way overboard!

Bubbling Over is the 12th studio album by Dolly Parton, and by this time, she is creatively trying to bridge her “known” sound with a more upbeat, pop-infused style that would come to full fruition in her 80s reign of the charts.

Speaking of rain of a different kind, as in moisture from the sky, Dolly Parton likely prefers a reshoot of the 1973 album, smiling and under an umbrella rather than being superimposed into the fountain at the former Country Music Hall of Fame. The effort of being photogenic simply became a matter of trying too hard.

“It’s an awful picture of me,” Dolly Parton declares in her song and story chronicle, Songteller: My Life in Lyrics. “We kept working and working on that picture,” the song legend says of herself and her experienced team, “trying to make it look right.”  The feeling was that “we needed that fountain,” so the effort to put Dolly Parton’s image literally “in the stream” to borrow a phrase from another mammoth Dolly hit, seemed essential.

Mistake, or meant to happen?

“It’s just one of those mistakes you make,” Dolly Parton sums up. Her public, however, and one highly-prestigious music publication, disagree. The photographer, Les Leverett took honors from Billboard magazine as Best Country Album Cover of the Year for Bubbling Over.

One faithful fan on AlbumofTheYear.org gushes that “I came because of the album art,” in a review. The loyalist not only deems the music as “one of the more solid Parton albums,” but also, adores the fountain-flowing image of Dolly Parton, oozing that “that is just about my favorite thing I have ever seen.”

Regardless of any Dolly Parton regrets concerning the cover photo, the music stands up just fine almost 50 years later. It’s no shocker that listeners and critics alike rate Bubbling Over with five stars.

Never mind the picture, even if Dolly Parton thinks a bubble bath pose from her Dolly days on TV would do the trick. She got the natural look down perfectly for the cover of 2002’s Halos & Horns and 2016’s Pure & Simple. Bubbling Over has its share of marvelous songs beyond the title track to stand the test of time.

Bob Ferguson and Porter Wagoner (without credits) produce Dolly Parton on the collection, and tracks like “Love With Me” radiate with the lyrical imagery and song structure of the artist. She captures love going cold too soon in “The Beginning,” which makes the title song all the more refreshing. Dolly’s beloved uncle, Bill Owens, takes songwriting honors for “Sometimes An Old Memory Gets In My Eye” and Parton does Porter’s “Afraid to Live and Afraid of Dying.” Owens’ passing came in an announcement earlier this month. A sparkling remake of ” Travelin’ Man” makes the cut, too.

It takes a mix of emotions to create a great song

Some 3000-4000 songs have Dolly Parton’s name as a songwriter. Friends and collaborators, like Leslie Jordan, who tells Taste of Country that his Company’s Comin’ collaborator is “exactly who you think she is.” The Will & Grace star and gospel singer relates seeing Parton in a high school auditorium the same year that Bubbling Over was released.

Dolly Parton endears herself to virtually everyone she meets through daily encounters. That doesn’t mean that the songwriter who expresses the very depths of her soul doesn’t have heartaches.

“I have to not harden my heart,” Dolly Parton reiterates of her creative process. She insists that “when I hurt, I hurt all over” and “when I cry, I cry real hard.” Similar to the elation of love in “Bubbling Over,” Dolly feels “mad all over” when anger rises.

“I like to experience whatever the feeling is and whatever I’m going through,” Parton reflects on emotions. She holds onto a good attitude and says “I was born with a happy heart,” one that always looks “for things to be better.” Dolly Parton stays human. She doesn’t always brim over with cheer, but she does bubble over with hope for overcoming whatever comes.

Stay tuned into Country Music Alley on Facebook to keep up with the latest news and music from your favorite stars!

Jimmie Allen Puts The APB Out On ‘On My Way’ With Jennifer Lopez
Keith Urban Relies On Marital Devotion For Sobriety?
Blake Shelton Headlines 2 Major Events, See What
Kelly Clarkson Listens To Fans & Delivers — Here’s How
Miranda Lambert Voted One Of Most Influential People 2022