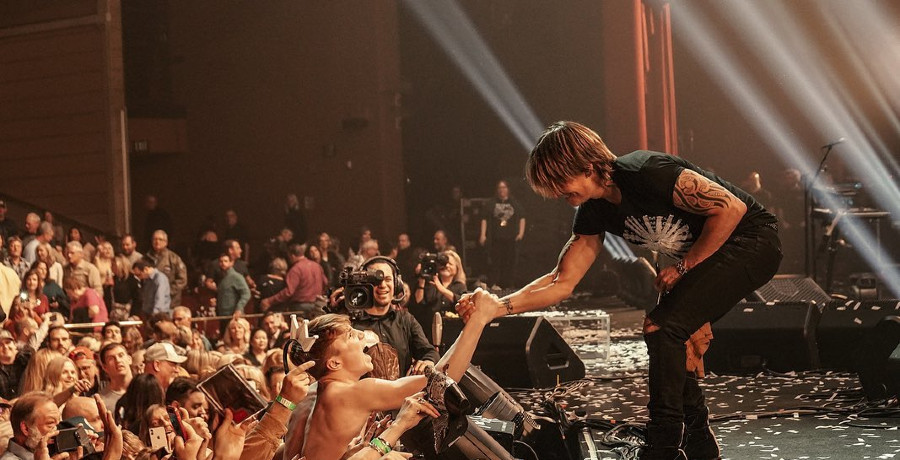 Country music string wizard and superstar Keith Urban possesses an exuberant energy beyond compare in performing.  Nonetheless, no amount of positivity prevented the pause for every performing artist brought on by the global pandemic in 2020.

Keith Urban gets into a joyous groove in the divine exchange of music between the audience and the artist, but only four shows into his Las Vegas residency last year, everything came to an uncertain pause. Like the conquering, peaceful warrior in the war of art, to borrow a song title from his friend, Tim McGraw, Keith Urban breaks joyful news this week, as Rolling Stone per MSN confirms, that his residency at the Colosseum at Caesars Palace resumes on September 17th.

The best news is that tickets go on sale on June 7 for fans of the “Who Wouldn’t Wanna Be Me” singer.  Even though Keith Urban joins fellow premier performers in Country headed to venues along the Strip, including Shania Twain, Carrie Underwood, and Luke Bryan, he realizes that music lovers the world over want to be his fans.

Not surprisingly, Keith Urban put the transforming experiences of meeting and marrying his bride of 15 years come this December, Nicole Kidman, and having their daughters, Sunday Rose and Faith Margaret, at the top of his life-highlight list in a Country Music Alley feature last December.  He rightly credits that the third milestone of “getting sober” made his joy as a husband and father possible.  He became the man he always wanted to be.

The guitar maestro fills out the final items among his acclaimed life events with a focus on his acceptance and welcome in Nashville.  Seemingly in no time, Keith Urban earns both CMA and ACM Entertainer of the Year honors.  While Urban cherishes Music City as home and where his heart is, the Las Vegas stage at the Colosseum captivates the artist with its special attributes.

“The room was really the tipping point for me,” Keith Urban enthusiastically offers. The artist particularly enjoys that the single area “it’s three venues in one,” from his perspective.  The Arena stage allows production on a scale that is “massive,” as Keith urban describes.  Theater seating is plentiful for those concertgoers who choose a “theater vibe.” Finally, Keith Urban delights in “this club happening down on the floor (in front of the stage).

“It’s rowdy– it’s a raucous vibe,” Keith Urban confirms.  It makes the perfect concert setting for the musician more revved up than an Energizer Bunny.  After more than a year of virtual performances and socially distanced audiences in pods or across miles, the roar of a real breathing, chanting crowd sounds especially sweet.  An additional bonus is that nobody gets fed to any lions at this Colosseum.

Up-close and personal is a Keith Urban specialty

Longtime Keith Urban loyalists well remember the live concert experience captured in the 2006 DVD, Livin’ Right Now.  The “Polaroid” singer makes his way to virtually every tier of the theater, strumming and singing without missing a beat as he goes.  He graciously takes several “selfies” before the term was rampantly shared, too.

Despite his predisposition for positivity, Keith Urban openly confides that he fell into a self-pitying slump at the start of the virus siege.  The performer placed “can’t” in front of many motivators before a talk with a close friend prompts the question, “What can you do?” Urban not only finds the impetus to record The Speed of Now Pt 1 with honesty and a refreshed spirit, he finds big stages everywhere, such as co-hosting the 2021 ACM Awards with the history-making Mickey Guyton. From halfway across the world, Keith and Nicole send a cozy song of love and support to the world.

As it happens, Nicole Kidman shares another favorite memory and a message about love, as Yahoo News verifies.  Fans aren’t alone in cherishing Moulin Rouge.

Nicole and Keith remember the music and the memories

Only recently, Nicole Kidman gives fans a sweet peek at a boyhood photo of her husband.  While it feels like forever Since Keith Urban has played before a live audience, Nicole Kidman provides tender remembrance of the 20th anniversary of her Oscar-nominated role in Moulin Rouge.

Kidman still reminisces fondly of the filmmaking experience with Baz Luhrmann and her leading man, Ewan McGregor, in the singing, star-crossed story of Sabine and Christian.  The co-stars both sang and portrayed in their on-screen parts. Nicole Kidman suffered a broken rib while squeezing into her corset– that’s sacrifice for one’s art! Let’s hope Las Vegas is kinder to Keith Urban!

“The greatest thing you’ll ever learn is just to love and to be loved in return” the acclaimed actress captions a collection of stills from the film.  A simple happy birthday wish follows.  Both Luhrmann and McGregor responded in kind, along with film and TV creator, Ryan Murphy.  Clearly, Nicole Kidman And Keith Urban keep love as a priority in life.

Are you excited about the return of live performances? Let us know who you hope to see in the comment section below.  Country Music Alley keeps you up-to-date on the latest happenings with your favorite stars and their music.  Check in often!

Kelly Clarkson Listens To Fans & Delivers — Here’s How
Keith Urban Relies On Marital Devotion For Sobriety?
Jimmie Allen Puts The APB Out On ‘On My Way’ With Jennifer Lopez
Blake Shelton Headlines 2 Major Events, See What
Carrie Underwood Hearkens Back To Signature Style On New Tune