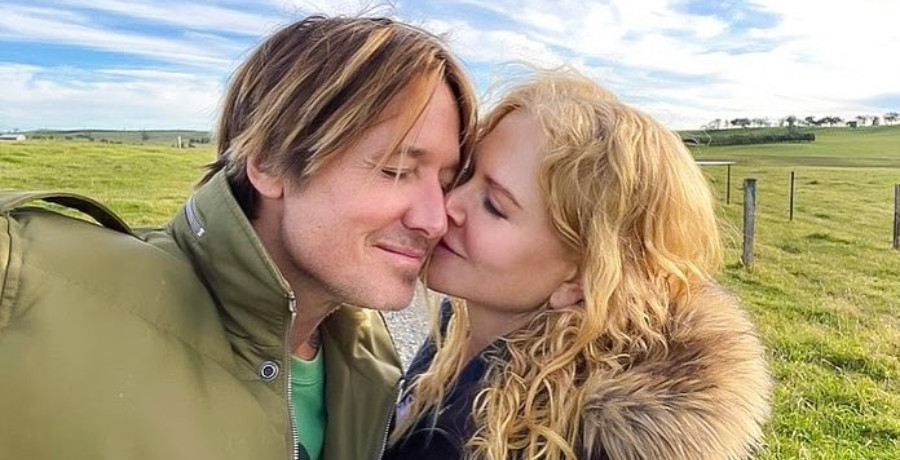 Country music master musician and memorable hitmaker, Keith Urban is gearing up to greet Las Vegas soon.  No doubt, diehard fans already feel heart palpitations simply from the sight of their favorite artist’s social media pages. The September dates for “Keith Urban Live– Las Vegas” take top billing. With this “One Too Many” artist, experiencing one show is never enough.  Keith Urban always delivers.  Only days ago, Urban shared the news of his stint on The Voice—Australia. The New Zealand-born performer seems to truly be going global over the next few months, and it suits him just fine.

On the other hand, Mrs. Keith Urban, Nicole Kidman, captures a more up-close and personal social media moment. A certain furry member of the family definitely doesn’t appear excited at the prospect of his papa pet parent globetrotting all off to the desert.

This pup is already pining for daddy Keith

With her immense talent as an actress, combined with the heart of a devoted wife and mother, it’s hardly a surprise that Nicole Kidman has the tender eye for the sweetest shots with Keith Urban at home.

As Cosmopolitan via MSN notes, the distinguished pet dad tries to cozy up to the family pooch (a darling toy poodle, Julian) to break the news of impending departure.  The soft-sell approach From Keith Urban fails to soften the heartbreak in precious Julian’s eyes.

“Julian’s reaction when he realized @KeithUrban will be away from home for a few nights when he performs in Las Vegas,” Nicole Kidman captions priceless picture.  No one, not even Keith Urban, can look away from the pleading eyes saying “Daddy, PLEASE don’t GO!” from the snuggly bed that looks like a slipper.  The emotion only heightens due to the power of black-and-white.

Unfortunately, and much to sweet Julian’s dismay, making the precious apricot-colored canine the ambassador for ticket sales is assuredly going to guarantee extra shows in Vegas for Keith Urban.  Every loving dog owner knows that fur babies go crazy if their humans walk out the door for 10 minutes, much less nights on the Strip.  At least Keith gets a full shower in sweet, slobbery dog love once his residency at Caesars Palace is done.  Dogs do unconditional love better than any living creature.

As it happens, Julian is an old hand at winning hearts.  Nicole Kidman introduced the cutie to the world back in 2019.  Country Music Alley showed fans what avid animal lovers Keith Urban and Nicole Kidman are in a February feature.  From Keith with a cow to Nicole nuzzling an alpaca on the couple’s sprawling 111-acre Australian property, size doesn’t seem to prohibit the affection for any member of their herds.

Of course, the exposure to natural life is also a wonderful education for daughters Sunday Rose and Faith Margaret, who likely adjust to their dad’s departures much more easily by now.  Mom and dad consistently plan schedules so that one parent is always with the girls.  One of the reasons why Nicole and Keith relocated to Australia through much of the pandemic was to provide family consistency through the uncertain time.  Nicole gained much support from her mother and sisters within the extended family.

Arguably no performer in country music exudes greater joy, spirit, sweat, or exuberant energy than Keith Urban.  The “Polaroid” singer is more than ready for the beams of phone cameras and buoyant fan interaction that only happens with a live performance.   The guitar and “gango” slinger insists that he savors the feel of an arena show, a theater venue, and if the party atmosphere “on the floor” from his stay at the Colosseum.  Urban never deters fans from a little rowdy fun.

Luckily, little Julian has no need of quarantine now, but Keith Urban and his “Cross Country” buddy, Breland, endured a two-week time of isolation just for the privilege of working together.  The cool collaborators crafted “a whole bunch of songs” for a “film that my wife is doing,” according to Keith Urban. Breland praises his partner, saying that no matter the hour of the day, or how late songwriting sessions lasted, Keith never lost a smidge of niceness.

No worries, fans who don’t make the trek to Vegas.  As if by fate, this fall Keith Urban launches a full tour for The Speed of Now Pt 1, which never got its proper live introduction due to public safety concerns.  By now, the megastar has a huge store of pent-up pandemic energy to release, and he can still relish lots of warm licks from Julian as a welcome home!

Keep tabs with Country Music Alley to keep up with the latest new music and the return of live music from your favorite artists.  What’s your favorite pet?  Give a shout-out in the comments!