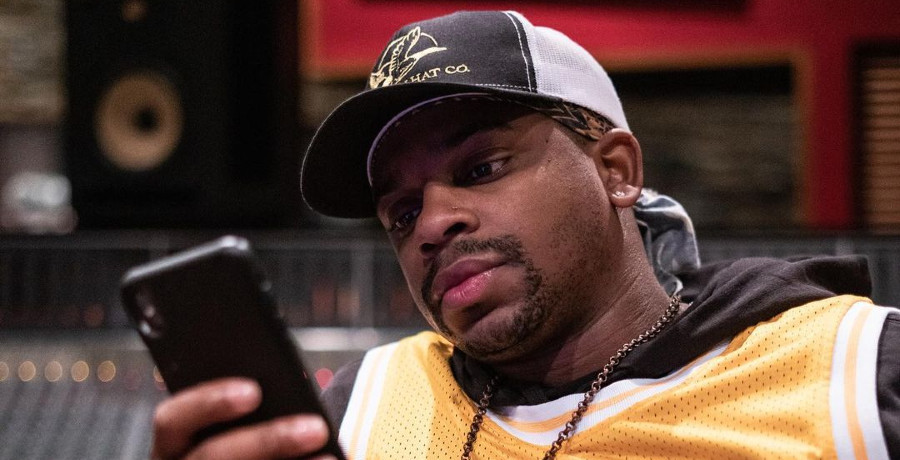 Vibrant country music star Jimmie Allen aims to stop any channel surfing tonight, June 18.  The spirited “Make Me Want To” singer wants to invite all his fans and viewers across the nation to feel the Juneteenth spirit.  Today makes the first official observance of the date as a federal holiday, signed into law yesterday by President Biden.  Jimmie Allen joins a heady roster of cultural and entertainment talents for the ABC special, Juneteenth: Together We Triumph, A Soul of a Nation, on ABC, as confirmed by CMT News.

The Juneteenth holiday celebrates the date of June 19, 1865, when the news of emancipation was finally delivered to Galveston, Texas, ending slavery in the United States.  It seems unfathomable that delivering the momentous news took so long.  At the same time, it somehow seems fitting that the long-overdue recognition comes in a year when cries for equality and unity are being heard as never before.  Jimmie Allen understands the power of music to heal and unify from personal experience.  The artist also has many blessings and joys to celebrate this summer.

Country Music Alley reported last month that Jimmie Allen is ready for a racing pace this summer—literally.  He sang the national anthem at the Indy 500. The “Why Things Happen” artist darted for the bus at the first word of hitting the road with Brad Paisley, too. “Whatever we gotta do to make it happen,” is Jimmie Allen’s ever-positive attitude.  His energy is contagious.
Jimmie Allen takes his turn with some major names for the Juneteenth event.  R&B crooner Leon Bridges and soulful singer and Hamilton Broadway star, Leslie Odom Jr., grace the stage.  GMA co-anchor, Michael Strahan, interviews former president Barack Obama on topics of race, resilience, and the themes in his book, The Promised Land.

In another star turn, an extended and insightful interview with guitarist, songwriter, and performer H.E.R. is another of the highlights.  Segments with business leaders and social champions provide perspective from the Black community.  Jimmie Allen constantly crosses genres with his artistry, and the result is irresistible.  As it happens, fans have another date in June to look forward to with the release of Bettie James Gold Edition on June 25.

"Juneteenth: Together We Triumph," a #soulofanation special, premieres Friday at 9|8c on @ABC and next day on @Hulu. https://t.co/3GHPWvgprO pic.twitter.com/7rzykWJ4Db

Taste of Country brought big smiles to throngs of Jimmie Allen fans just days ago.  Little Big Town, Keith Urban, Breland, Lindsay Ell, and LoCash are just over half of the nine (and counting) collaborators featured with Allen on his golden, expanded version of his Bettie James release.  Coincidentally, the artist recently shared a snapshot of himself with Elton John.  The music made by master musicians is a marvelous gift, and who knows what sonic treats tempt listeners in the collection.

The Bettie James endeavor released last year as a tribute to Jimmie Allen’s late grandmother, Bettie, and his late father, James.  The film and music project portrays Jimmie Allen as an everyman confronting a siege of life struggles.  The incredible soundtrack brings the story to exquisite fullness, honoring the lessons of family.

Bettie James Gold Edition marks the first full-length album release for Jimmie Allen since Mercury Lane in 2018. The first-rate family man and country music entertainer celebrates a bevy of blessings in such a relatively short time.  Furthermore, “Freedom Was a Highway” (with Brad Paisley) is Allen’s fastest-rising single to date.

Speaking of family matters, Jimmie Allen shared more wonderful news in May, announcing his intimate wedding ceremony with longtime love and fiancée, Alexis Gale. Clearly, the cozy, close-knit lovebirds choose to keep hearth and home close to their hearts.  Only days later, word comes that the couple is expecting their second child together, as the Daily Mail per MSN confirms.

After a romantic Disney World proposal and gender reveal for the couple in July of 2019, the committed pair planned for their perfect wedding to follow.  Sadly, the pandemic put the kibosh on those hopes. Nonetheless, nothing prevented the arrival of a daughter, Naomi Bettie, on March 1, 2020.  Aadyn, Allen’s 7-year-old son from a previous relationship celebrated both beautiful occasions with the parents.  Now, he can prepare for big brother duties a second time.

Juneteenth holds lots of new hope and promise for Jimmie Allen and all of America.  In the case of this surging artist, it’s only a start to a season of jubilation.  Here’s to many years of family joy!

Keep up with all the summer fun from your favorite country music stars with Country Music Alley.  Give us your thoughts in the comments!