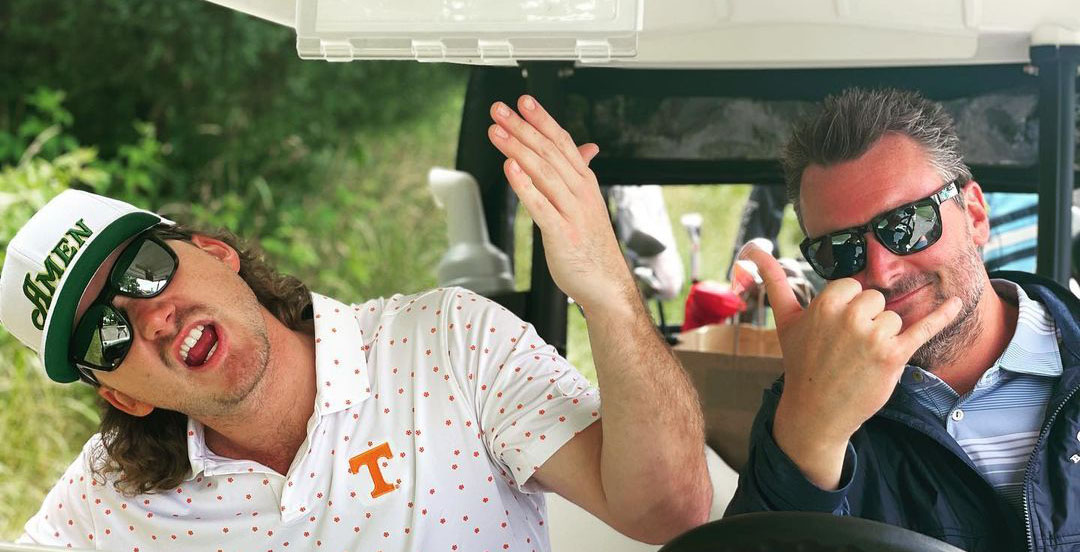 After his latest controversy, Morgan Wallen took about four months out of the spotlight. Since a video caught him using a racial slur in his driveway, music industry decision-makers were quick to initiate the consequences of cancel culture. However, Wallen doesn’t seem to let that get him down. Notably, he is making more and more public appearances. Additionally, it seems like Wallen is now regularly adding new content to his social media. This is especially true of the clip he shares recently of him jamming out with some of his friends.

Morgan Wallen jams with friends at an undisclosed location

Recently, Morgan Wallen takes to his Instagram to share a clip of him jamming out with his friends. In attendance are Eric Church, HARDY, and Darius Rucker. This isn’t the first time Wallen fans see Eric Church with Wallen. The first Instagram post Wallen makes after posting his apology letter is a photo of him and Church fishing. The caption reads, “Hang a sign on the door of my life.” Fans are ecstatic to see Wallen happy and out and about.

Also, it’s not too surprising that Morgan Wallen is hanging out with HARDY. The two regularly collaborate on music together. Recently, Wallen even entertains a fan collaboration idea. On Twitter, a fan suggests a collaboration between Morgan Wallen, Koe Wetzel, and HARDY. Wallen responds with, “I like [to] think we come up with something halfway decent.”

Fans eat this performance up

Notably, there aren’t any instances of Morgan Wallen hanging out with country icon, Darius Rucker that freely come to mind. From the looks of the clip, Darius is just hanging out. One fan writes, “I LOVE #sandinmyboots but I can’t get past @dariusrucker just layin in the cut during all of this 😂😂😂”

Wallen, Church, and Hardy harmonize Wallen’s hit song “Sand In My Boots.” In the comment section, fans are here for this performance. There are a few comments where the fans want this version to be a new single.

What do you think of Morgan Wallen, Eric Church, and HARDY’s acoustic performance of “Sand In My Boots”? Do you have any ideas about what Darius Rucker is doing there? Let us know your thoughts in the comment section below. Make sure to come back to Country Music Alley for more news about your favorite country stars.