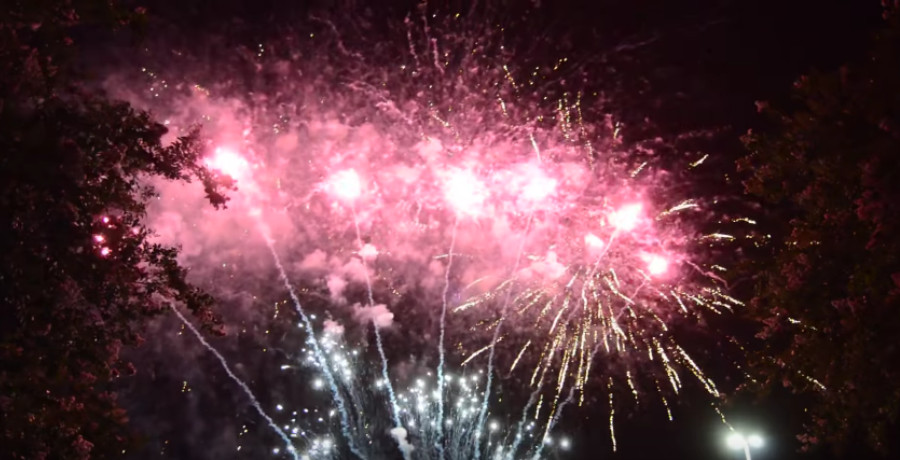 PBS continues its tradition of patriotism and plenty of entertainment with A Capitol Fourth for 2021.  Fans fortunate enough to not be stuck in traffic or airport delays feel welcome comfort right from their living room or remote screen for this annual favorite.  This year, there is a definite taste of Country flavoring the featured headliners.  It’s not just homemade biscuits leftover from the picnic.

Diversity, history, and great performers on the bill of ‘A Capitol Fourth’

The buoyantly energetic, genre-blending talents of Jimmie Allen join with the soaring range and emotion of Mickey Guyton among the country music performers to shine on A Capitol Fourth, as CMT News confirms.  The warm, familiar tones and truth of Alan Jackson songs are music to willing ears on the country music stalwart’s new album, Where Have You Gone.  Largely, the collection laments the loss of true country sound in today’s genre.

No one laments the return of the neo-traditional music veteran to the stage, and Washington DC makes no exception.  Country music history, however, evolves from everyone finding a seat at the communal family table.  The wider the circle and the sound, the better the music becomes.  New flavor always adds to the recipe.  History and high spirits always share space on A Capitol Fourth.

Speaking of country music history, Jennifer Nettles made some history of her own during her time as half of Sugarland.  Her new album of show tunes, Always Like New, dazzles her collaborators along with the critics.  Viewers have to wait to see what she chooses to sing on A Capitol Fourth.  Rest assured, however, the “I Can Do Hard Things” singer always delivers.

Different than Macy’s 4th of July Fireworks Spectacular, A Capitol Fourth strikes a chord of reverent gratitude and honor throughout its proceedings over pyrotechnic pizzazz. The stellar military musical ensembles from each branch of the armed forces provide accompaniment for the featured artist and individual performances. In typical times, the West Lawn of the Capitol fills with service members and their families.  Due to safety and health protocols under the pandemic, pre-taping of performances became necessary. The televised celebration began in 1979.  Hopefully, the year 2022 marks the return of real audiences in revelry and reverence on the grass.

Even so, nothing about being prerecorded diminished the national anthem from Mickey Guyton on Memorial Day with PBS.  This showbiz adage goes that audiences remember the last performance they see the best.  Well, all the “Black Like Me” artist knows is that people are still buzzing about her “stunning” opening minute and a half in tribute to the nation, backlit by the Capitol dome.  Opera diva, Renée Fleming, sings the national anthem for this airing of A Capitol Fourth.  Mickey has a slew of tunes in her wheelhouse, and Fleming and Guyton sing along with Pentatonix, Gladys Knight, and Train, along with several more slated artists.

Alan Jackson understands the feeling of being a hero in his own way.  He just returned from a benefit concert to raise money for tornado relief in his hometown of Newman, Georgia (where is wife, Denise, also hails from).  The effort raised $2 million and likely leaves lots of good memories for the man famous for singing “It’s Five O’Clock Somewhere” with his buddy, Jimmy Buffett.  By the way, Jimmy Buffett is also on the roster of entertainers for A Capitol Fourth.

As it happens, Jimmie Allen has his own hometown event geared up for August in Milton, Delaware.  Marriage and family are paramount in recent weeks for the “Boy Gets a Truck” singer, but with his toddler daughter, a seven-year-old son, and baby girl #2 on the way, dad has to make a living!  Jimmie embodies joy onstage, and “Freedom Was a Highway” fits in fine with an Independence Day mood for A Capitol Fourth celebration.

For country fans who can’t resist channel surfing, there’s a little country music song or someone on several stations.   Still, no other network has the triple-threat country music star power of PBS with their crew for A Capitol Fourth.

The good news is that from hometown backyards to living rooms, to the Big Apple, and Washington DC, music is a thriving part of the American experience—especially country music. Therefore, the Fourth of July is perfect for celebration– in person or otherwise.

A Capitol Fourth airs at 8 PM ET July 4 on local PBS stations.  The broadcast is simulcast on Armed Forces Network and shared on Facebook, NPR Radio, and PBS.org.

Country Music Alley stays up-to-date with the latest news and happenings on your favorite music and stars, so check back often!