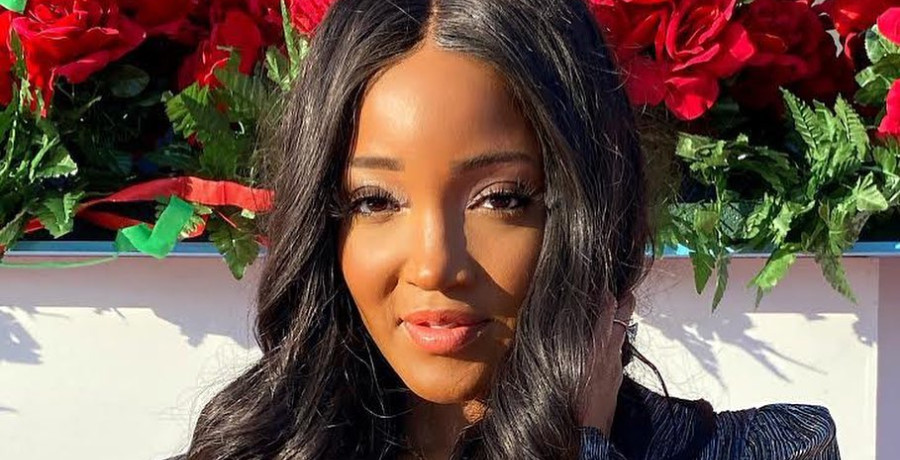 The summer is already surging for country music singer-songwriter Mickey Guyton, and it’s not officially even here according to the meteorological forecast.  It’s no surprise why the working mommy isn’t waiting for calendar pages to flip.  In less than a year, Mickey Guyton moves from her struggle to be seen, heard, and truly considered to making history three times.  First, she swept the ACM Awards audience last fall with her piercing performance of “What Are You Gonna Tell Her?”  The first black woman to take that hallowed stage made a statement loud and clear that she is an artist to be reckoned with and applauded.

From there, the Grammy stage calls to Mickey Guyton.  Her song “Black Like Me” began as her personal, self-released heart-cry from social media for social justice and equality.  Ultimately, the moving plea of personal truth rose to #4 on Billboard’s digital music charts. Guyton marvels at the way God worked in the middle of a pandemic, with every artist cloistered at home, to bring her to millions of listeners for the first time.  By Thanksgiving, Mickey Guyton earns a Grammy nomination for Best Country Solo Performance.  The artist takes worldwide viewers to church from the Grammy stage with her golden, gospel-infused rendition.

In between these momentous professional events, Mickey Guyton celebrates the most miraculous life-altering experience of all– the birth of her first child.  As she tells Taste of Country from an extensive interview with The New Yorker,  it’s never easy to manage any full-time career with the essential duty of full-time parenthood, but Mickey is living proof that it can be done and she is making motherhood “normalized” and natural along the way in her industry.

Mickey Guyton is never afraid to share her heart and soul with her fans or friends.  She candidly reflects on her simultaneous wonder and worries in being “this baby’s mama.”  Early on, she relates her fears over the pain of childbirth.  Once Grayson is born in February, the doting mom describes the long-awaited miracle as “the hardest and most beautiful thing I have ever done.” The gifted artist knows that that much more difficult issues in raising a beautiful Black son come later when the hurt of racially motivated behaviors arise.  Unavoidably, both mom and dad face having “the talk” with their son sooner than they imagine.

Offhandedly, the interviewer praises that Mickey Guyton makes parenting seem “peaceful and sweet.” The artist concedes that “when you’re both helping,” things go much easier.  At that juncture, her husband, Grant Savoy, interjects with “or when you have Superdad.”  Mom teases that her attorney-hubby really wants to call himself “Super Nanny,” but still appreciates his unwavering support.

Mickey Guyton touted her diaper-changing prowess to Keith Urban in advance of their 2021 ACM Awards co-hosting gig.  Mickey explains that she gets the job done in a minute.  Keith quips that he’s down for a nap in the same span.  Mama Guyton suspects her son has a poopy diaper during the sit-down, but daddy declares that it’s probably just a baby fart.

Sorry I haven’t been as active on here. I’ve been preoccupied with this little guy. 🥺 pic.twitter.com/nGhgtPdjFe

Motherhood goes with the territory

The fact that Mickey Guyton talks about changing diapers in the same conversation as her career points to the very crux of her example for working moms.  “I’m determined to show working mothers that they can do this,” the “Heaven Down Here” artist stresses emphatically.  “I’m in this interview, I’m holding my baby,” she elaborates, noting that a writing session follows later. Not missing a beat, Mickey Guyton spells out “Sorry guys, my baby’s gonna be here, and you’re gonna have to deal with it.”

The apology feels unnecessary.  Still, the artist recalls fears that her career faced ruin if she bore a child.  No woman needs to confront an either-or dilemma in choosing parenthood.  Country music, or any genre across the art, must stay open to allow both parents to savor raising a child, from birth forward.  The moments matter more than the sales figures.  In the case of Mickey Guyton, she most appreciates this season of personal and artistic vindication after more than a decade in country music.

Looking brighter than the welcoming sun after the shelter of more than a year, Mickey Guyton opened the Memorial Day concert on PBS in honor of service forces and their families.  Her offering of the National Anthem lasts only a little over a minute, but she fills every second with such soaring emotion and elated delivery that anyone watching craves an encore.

Three @CMT Award nominations?! 👏🏾Look👏🏾at👏🏾God! With opportunity comes possibility. Thank you for your constant love and support! It means more to me than you will ever know. Love you guys! You can vote now at https://t.co/J9QRWqcgjj through June 1st. 🤍 #CMTawards pic.twitter.com/3CpHbMMMHu

Later this summer, the Guyton Nation plans for the joy of holding and hearing Mickey Guyton’s first full-fledged album debut.  Every performance only heightens the anticipation.  Tonight, June 9, the singer celebrates as a three-time nominee at the CMT Awards and as a duet partner with the incomparable Gladys Knight and her good friend, Breland, as part of the festivities.  There’s no doubt that more musical memories will endure.  Mickey is in good company with a sister country music mama, Maren Morris, who also hails from the hometown of Arlington, Texas.  Both ladies are hoping that their boys, especially the ones in diapers, are fast asleep by the time mom gets home.

Stay connected with Country Music Alley for the very latest updates on country music and the stars who create the magic!