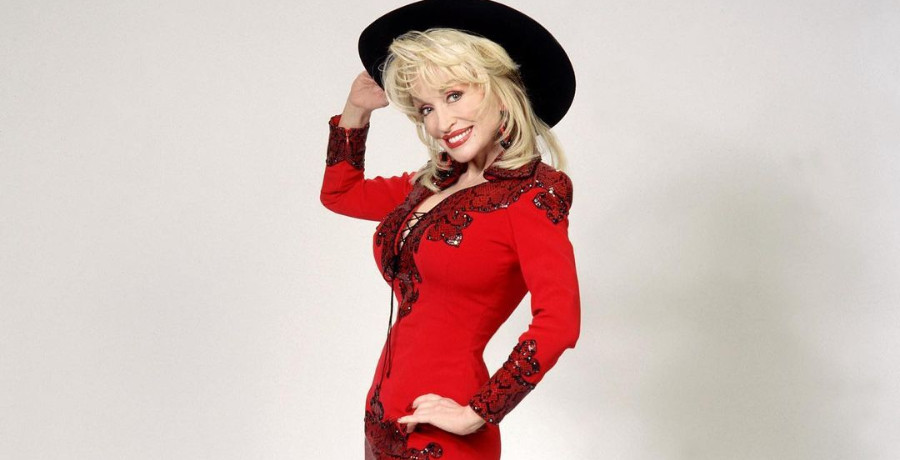 While Dolly Parton possesses a remarkable soul and an immense gift in creating songs to last through all generations, her unique sense of style also prompts many to imitate the country music marvel’s look. Though many try, no one has the Dolly Parton brand of confidence to carry off her sparkle and colors, not to mention the curves and overflow in just the right places!  More importantly, only Dolly shines with effervescent spirit as her crowning jewel!

As it happens, Dolly Parton loved everything in her wardrobe to cling to her all over, even as a schoolgirl, as a Showbiz CheatSheet feature verifies.  The young Dolly even persuaded a very willing accomplice to do her alterations!

In a March 2021 Country Music Alley profile, Dolly Parton reflects on some lessons in preparedness taught through her sparse upbringing in Tennessee Smoky Mountains.  The “My Tennessee Mountain Home” singer particularly recalls sharing the bed with all of her siblings in the harsh winters.  Her father insisted that no one got up until the fire was stoked and “hot.” Often, the brood went to school wearing the same clothes worn over many frigid nights and days.  Parton also credits the produce preserved by her mother in the warm seasons for seeing the family through the winters.

In today’s glare from omnipresent media and cameras, Dolly Parton considers keeping her makeup on at all times, except for the brief morning interlude to wash her face, to be an extension of preparedness.  She reminds everyone that no one ever knows when a natural disaster or unexpected situation will strike.  Dolly wants to be presentable for any paparazzi moments and stay presentable for her devoted husband, Carl, too.

Perhaps the snug feel of a sweater comforts Dolly Parton like a quilt on that shared bed.  Whatever the case, Dolly Parton gets used to onlookers at school seeing the clinging couture of her skirt.  She loves the feel of clothes against her skin more than merely the look.  Still, Dolly Parton became a standout with her style, shedding tears if it wasn’t just so.

“Even as a little bitty kid,” Dolly Parton declares, “if my mamma made me wear somethin’ that was loose on me, I would just cry!” the icon stresses in a Rolling Stone interview from 1977, excerpted in Dolly on Dolly: Interviews and Encounters with Dolly Parton. The “Coat of Many Colors” singer who crafted the timeless ballad of the coat made from scraps implored that even hand-me-downs had to be altered to show her curves.  Clearly, Parton never loses her passion for this fashion view.  The Fourth of July celebration photo she offers fits the occasion and her petite form in every inch, as MSN per the UK’s Daily Mail notes.  Everyone loves gazing at Yankee Doodle Dolly!

Notably, Dolly Parton asserts that “I never did like go around half-naked,” no matter how form-fitting her fashions looked.  The “Just Because I’m a Woman” artist never deters her style due to the remarks about her “little butt” or “little blue jeans.”  Her father, however, never liked the focus of attention on his daughters.

Dolly Parton candidly describes her father’s discipline and displeasure over the use of makeup and other infractions through her youth. Things weren’t much different when it came to her wardrobe.

“Daddy didn’t like us to wear real tight clothes back at the start,” daughter Dolly Rebecca confirms.  “He was more strict with us,” Parton deems because he didn’t know how to be a father to daughters, in particular.  Robert Lee Parton trusted his daughters, but not the “guys we was goin’ with,” as Dolly Parton relates.  In contrast, Dolly found a fashion ally in her mother, Avie Lee.

“She always understood stuff like that [her daughter’s desires in dress], Dolly Parton praises.  As a preacher’s daughter, she desperately wanted to cut her hair and have it styled in current trends.  Of course, her request fell on deaf ears.  It’s hardly a wonder that she empathized with Dolly’s fashion whims.  Avie Lee cautioned her daughter not to make any attire so tight that “you can’t move in them or where they take your wind out.”  She was willing to do anything else needed with her scissors, needle, and thread.

After delving into her many ageless, hallmark styles for a Vogue feature last year, Dolly Parton still insists she’s not a fashionista.  Instead, she simply says she knows what she likes and what she’s comfortable wearing.  She teasingly told designer, Tony Chase, who loved the gorgeous Dolly in gigantic shoulder pads, that the only things big about her “are my boobs and my mouth.”  One thing is forever true– no matter what she wears, admirers never get enough of Dolly.

Dolly Parton never denies that medical expertise helps her feel as young as she feels on the inside.  She told Oprah in conversation last year that “I’ll look as good as my surgeons will allow me to” and she still has so much living, giving, and creating to do.  Her greatest accessory and sparkle shine from her unsinkable spirit.  God only made one of those.