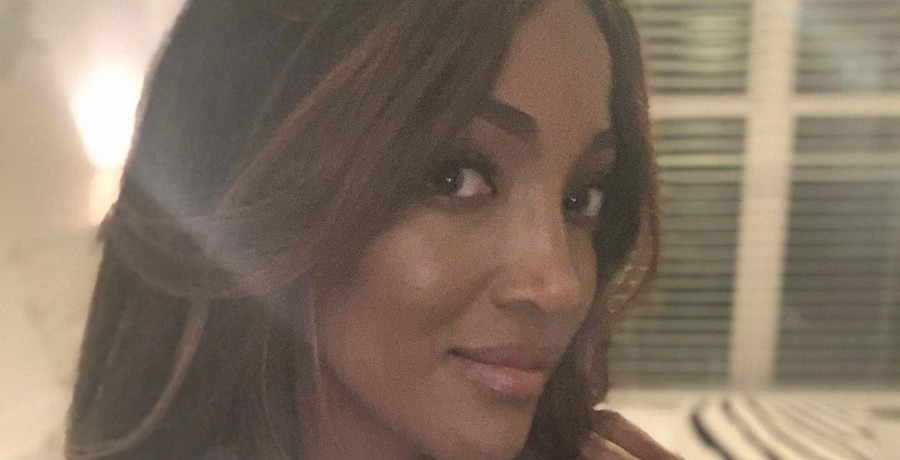 Over the past year, country music singer-songwriter Mickey Guyton celebrated numerous tremendous, transformative days.  Only last fall, Mickey celebrated her history-making moment on the ACM Award stage, singing her soul-shaking ballad, “What Are You Gonna Tell Her?,” accompanied by Keith Urban on piano.  The Arlington, Texas native was a vision of a madonna in dazzling white then.

By the time Keith Urban gets together with Mickey Guyton again in 2021, the “Black Like Me” artist is mom to a darling son, Grayson Clark, and comes aboard as the ACM Award co-host alongside the multiple ACM Award winner.  Guyton already graced the Grammys in golden gospel style before her co-hosting duties.

Now, Mickey Guyton marks another fall date in red.  As confirmed by Taste of Country and CMT News on July 12, the much-anticipated, full-length album from the artist releases on September 24.  Countless Mickey Guyton fans are finding red markers and flipping calendar pages with joy!

Red is just the right shade for Mickey Guyton

As it happens, Mickey Guyton needs more than a red permanent marker.  The singer-songwriter known for her bold, penetrating verses makes a bold statement in red on the opening cover photo for Remember Her Name.

Standing atop rugged boulders, Mickey Guyton symbolizes strength and determination in the striking photo.  The red chiffon of her gown sweeps to encircle her in a fitting statement.  Women epitomize the circle of life and Guyton’s life and career mirror that immense circle this year.  Circles also represent unity.  Mickey Guyton’s mission as an artist remains to speak her truth and make that truth so palpable that it touches every heart, beyond all surface characteristics.  A myriad of new fans feel the healing in songs like “Heaven Down Here” and “Bridges.”

Those same fans feel themselves in “Black Like Me,” because anyone on earth can substitute the word that makes him or her different, and subjected to needless shame, to understand the gut-punch in the song.  No other artist, however, articulates the passion and pain of the Black woman with such soaring range or power as Mickey Guyton.  She lends the same gifts to every song she interprets.

The blue sky with a wisp of clouds completes the celestial sense of the photo by Bonnie Nichoalds.  Mickey Guyton paid her dues beyond all measure in her decade inside country music.  Her resolute, grateful, and graceful stance in red stands as her vindication at last.

Couldn’t be more proud to share that my new album Remember Her Name will be released on Sept 24th! I set out to create music that would make people feel self-empowered, loved, and comfortable with being themselves & this album holds true to all of that.♥️ https://t.co/ykm8YRYVxf pic.twitter.com/6C5ZrRGSKy

A rich selection of emotion, tempos, and moods encompasses Remember Her Name in its 16 selections.  Mickey Guyton co-writes all but one song– Beyoncé’s landmark “If I Were a Boy.”  Not by accident, th rendition of the questioning ballad of judgments and options based on gender became a fixture on Guyton’s setlist through years of touring on the road.  The 2008 composition by BC Jean and Toby Gad was released as a double-A single with “Single Ladies (Put a Ring on It).”  Ultimately, the song placed in the Top 10 on 25 different singles charts.  Mickey Guyton gives its powerful message added impetus for today’s call in female empowerment.

Speaking of empowerment, as MSN per Vulture notes, a majority of the album’s tracks have Karen Kosowski at the producer’s helm.  Kosowski is among the co-writers, as is Nathan Chapman, Peter Welling, Victoria Banks, and Jaden Michaels.  Mickey Guyton made a personal pledge a few years ago to forsake the Nashville system of having higher-ups select prescribed songs.  She met a group of her collaborators at a songwriting camp and created music from her true experience.  Everything transformed from there, even through a pandemic.

While the album’s title and title song draw inspiration from Breonna Taylor’s fatal shooting under a “no knock” search warrant in Louisville and the unending pleas for justice, the themes of inclusion, appreciation, and acceptance ring out in songs like “Love My Hair,” “All-American,” and “Smoke,” which Mickey Guyton dubs as “a trap song,” excited by her first effort.

Songs for everyone from Mickey

“Better Than You Left Me” is the oldest song in Mickey Guyton’s debut album collection, and not without reason.  Guyton penned the self-affirming ballad of overcoming after an undeserved break-up back in 2015.  Already, her songwriting prowess proves itself on her self-titled EP.  Nonetheless, in showcase after showcase, from Nashville to tiny venues, Mickey Guyton faced battles that few understood, much less ever confronted, in her decade of working toward this arrival.  Country Music Alley initially highlights Guyton’s journey to this artistic debut for Remember Her Name back in March.

Just as her fans delight in the rush of putting in pre-orders, Mickey Guyton compares the effort to Michelle Obama’s Becoming in one aspect.  She describes the album as “a culmination of the last ten years of my life in Nashville,” adding that this collection “is the closing of a chapter.”

Mickey Guyton spent years singing in church.  She knows that when one door closes, God finds a way to open a window– just like divine providence did with “Black Like Me” to give Guyton her Grammy nomination.  The close of this chapter only opens a broad, beautiful country music future for Mickey Guyton and more artists of color.

“All those years ago,” Mickey Guyton reminds, “I set out to create music that would make people feel self empowered, loved, and comfortable being themselves,”  the songwriter captions in her social media announcement.  “This album holds true to all of that,” she pledges.

Waiting fans are counting the seconds until September 24…

What new music has you excited?  Let us know in the comments below and stay tuned to Country Music Alley for the latest news on your favorite stars!