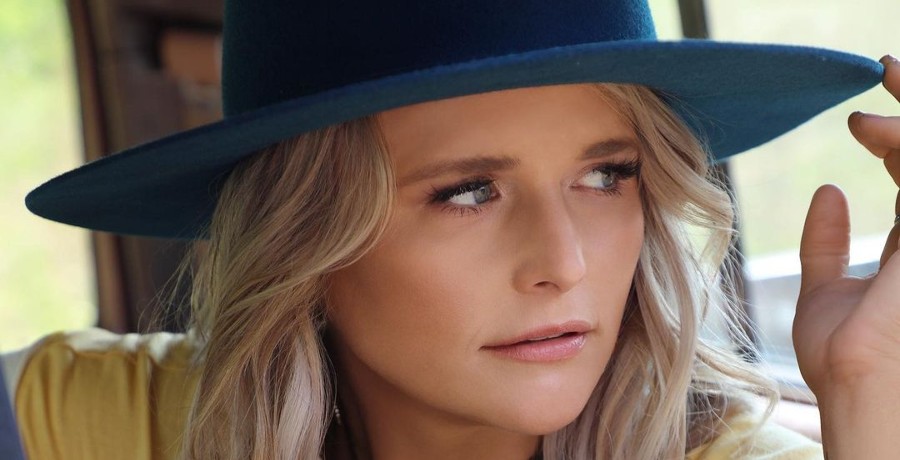 Caleb Lee Hutchinson sang his praises for Miranda Lambert. The Nashville-based artist made his start on Season 16 of American Idol. Miranda understands the pressures of competition. She competed on Nashville Star. She has influenced many young and aspiring artists along the way. Caleb Lee is one of those who sought inspiration from her.

He just released his sophomore album, Slot Machine Syndrome. In a new interview, he called Miranda the “most authentic artist” on country radio. This comes after Parker McCollum called the “Tequila Does” singer the “Dolly Parton of my generation.” Miranda has received a lot of praise for her singing and songwriting, especially after the release of The Marfa Tapes.

One of his favorites is none other than Miranda Lambert. He spoke to Music Mayhem Magazine about her special gift. He shared that some of his favorite country artists and songwriters are some of the best storytellers in the industry. His favorites, like Miranda herself, have a way with words and storytelling.

“Miranda Lambert is probably my favorite artist on the radio in the past decade,” Caleb tweeted back in June. “She’s one of those that will be looked back on as one of the greatest to ever do it.”

Miranda Lambert is probably my favorite artist on the radio in the past decade. She’s one of those that will be looked back on as one of the greatest to ever do it.

Most of his fans agreed with him. One user said that Miranda’s “songwriting sets her apart in the pantheon of country artists who get actual airplay.” Another noted that “she is so real in who she is and what she stands for.” Ever since Miranda’s fame rose, she always remained humble. She keeps it real, especially when it comes to sharing her craft with the world.

Caleb explained the reason behind his tweet. He believes that her talents are underrated and don’t get enough recognition. He called her “one of the most authentic artists on the radio.” Caleb compared Miranda to the likes of Dolly Parton and Loretta Lynn, adding, “She’s a bad**, and she always has been.”

Miranda Lambert will perform alongside the Doobie Brothers, Tim McGraw, Maren Morris, George Thorogood and the Destroyers, and Kevin Costner at the upcoming Minnesota State Fair Grandstand. Tickets are available now via phone, Etix.com, or the State Fairgrounds Ticket Office. On Thursday, August 26, Miranda will perform live in front of a packed house.

She will sing some of her hit songs like “Bluebird,” “The House that Built Me,” and “Heart Like Mine.” She will also perform some of her new songs from The Marfa Tapes. Tickets range from $40 to $65, which is a steal for seeing one of the greats in country music.

What are your thoughts? Do you agree with Caleb’s statements? Who’s your favorite country artist? Sound off below in the comments.

Kelly Clarkson Listens To Fans & Delivers — Here’s How
Jimmie Allen Puts The APB Out On ‘On My Way’ With Jennifer Lopez
Maren Morris’ Tour Bus Is Far From Humble
Miranda Lambert Voted One Of Most Influential People 2022
Keith Urban Relies On Marital Devotion For Sobriety?