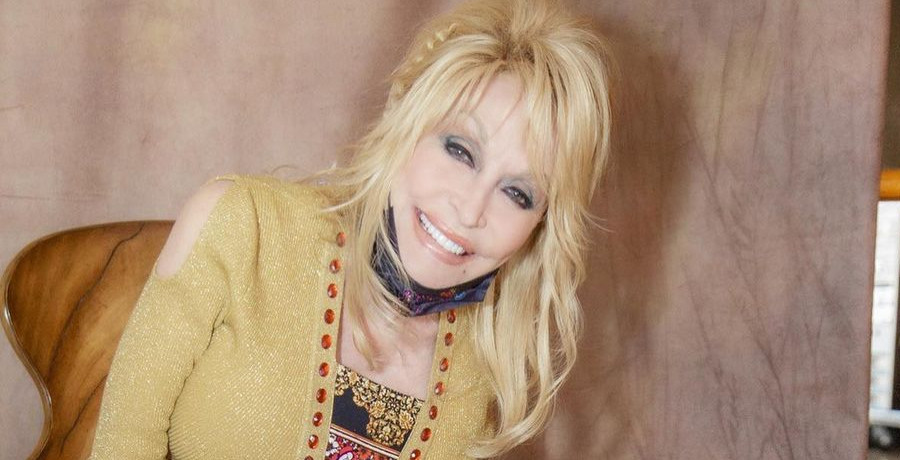 No one disagrees that Dolly Parton is never boxed into just one style of music or expression of her tremendous talent.  The 75-year-old national treasure and shining gem for the state of Tennessee still beams with love and pride for her home state and the values instilled from her growing years on Locust Ridge in the Smoky Mountains.

Her fans adore Dolly for everything from her fingernails, officially classified as musical instruments, to her honesty and ever-present, down-home humor. Her songs, however, are Dolly Parton’s most lasting gifts of love and healing.  She frequently expresses her gratitude for the gift of being able to express emotions that people in the midst of pain cannot speak.  Her words and chords bring comfort across more than six decades.

As much as Dolly Parton demonstrated her affinity and respect for country music since her girlhood, the multiple ACM, CMA, and Grammy winner (including her 10th Grammy in March), the music wonder who sang “Mama Say a Prayer” years back now explains how careers don’t have a prayer of lasting on country music alone in a Showbiz CheatSheet feature.  Nonetheless, fans have no need to worry.  Dolly Parton still knows every classic song from the old country that her mother sang, and she never loses her wide-open country heart.

Particularly in recent years, the classifications and walls defining country music are coming down.  Artists like Keith Urban, Mickey Guyton, and Jimmie Allen blend Country style and attitude with infectious hooks and contemporary sounds. Dolly Parton took on pop standards like “Save the Last Dance for Me” not too long after leaving The Porter Wagoner Show. She launched into her own identity with gusto and typical Parton energy, synthesizers and all.

“This ruffled feathers in Nashville,” Dolly Parton openly admits.  Country music higher-ups contended that their own country darling was abandoning the genre and community that birthed it. For her part, the songwriting wonder pleaded “I’m not leaving country music– I’m taking it with me!”  As she describes in Songteller: My Life in Lyrics, Dolly is always a trailblazer.  In no time, her own hits like “Here You Come Again” and the timeless “Islands in the Stream,” written by Barry Gibb and sung with Parton’s favorite musical partner, Kenny Rogers, put her on the pop princess pedestal.  Still, Dolly Parton bears in mind the beauty of a steel guitar and the power of a plaintive cry that can only be country music.

Whatever the genre,  Dolly Parton lives to write songs.  Lyrics and melodies seem to float through her like a mountain breeze.  Her father’s inspired work ethic powers her through her creative pursuits, business endeavors, and her passionate support for “one of the most special things in my life,” her Imagination Library.

Dolly prefers to postpone any placement of her image on an actual pedestal until her earthly days are done.  What the song legend never puts off is her show of support for Tennessee.  WSB-TV relates that Gov. Bill Lee delights in releasing the video “Home,” featuring Dolly Parton’s “My Tennessee Mountain Home” as the soundtrack through travels around the state.  The song was originally recorded in 1973 and stays as a staple for a Dolly Parton setlist.  The tribute is in honor of Tennessee’s 225 years as a state.

Lee calls Parton a “Tennessee treasure,” echoing his gratitude for her gracious voice.  In turn, Dolly Parton responds “I am Tennessee proud.” She stresses her joy in being “a born and raised Tennessee girl.” Her life is a representation of the best that her home state offers.  Dolly won’t be joining the governor on any of his statewide tour stops.  Daring as she is with her creative choices, in private, Dolly Parton and her husband of nearly 55 years, Carl Dean, prefer only a close circle at their table.

Only invited guests for Dolly Parton and Carl Dean

Dolly Parton adamantly defends that “He just don’t have any desire to be in show business,” in speaking of her devoted Carl Dean.  That stance includes never wanting to be discovered in a grocery store as Dolly Parton’s husband, as another CheatSheet profile confirms.

Parton always playfully teases that her normal travel as an entertainer plays well for their relationship, but she totally denounces the “distorted press” accounts that the two are only together a few weeks a year.  During several heydays for Dolly Parton, Carl Dean “joined me on the road a lot,” she affirms.

Virtually no celebrity is more giving or open with her public than Dolly Parton.  When the home fires call, though, fans have no invitations.  At home, no one other than “our family and our own friends” can enter sacred family doors for special times. “We don’t want fans comin’ in our yard,” Dolly Parton insists, reminding fans that certain exclusives are off-limits.

Country Music Alley covers all the best with Dolly Parton and all the other dynamic country music stars!  Speak out with a comment!