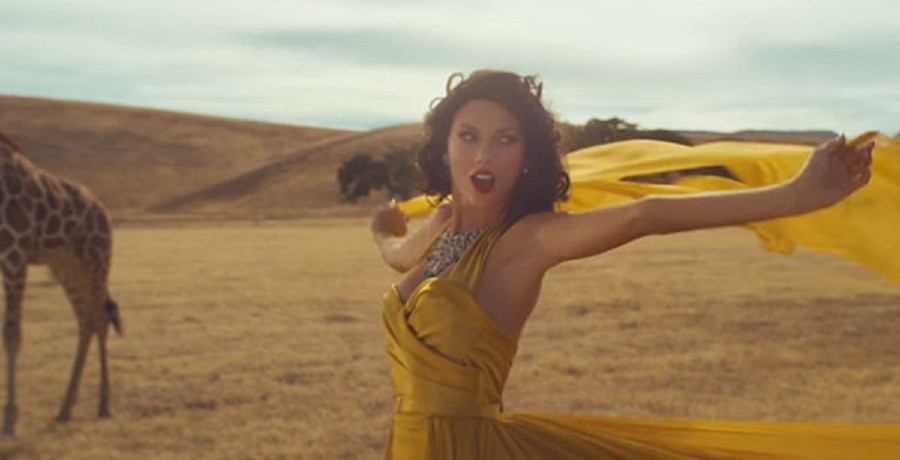 Taylor Swift has her fans in a tizzy today. On Friday, September 17, the singer shocked fans when she released the re-recorded version of “Wildest Dreams (Taylor’s Version).” The updated version was featured in the new animated film, Spirit Untamed. Fans had a feeling that Swift would drop the song sometime during the summer, but she never did.

Rather, she confused her fans with her next release. Swift announced that Red (Taylor’s Version) is set to drop in November. Fans were confused because 1) she made the announcement in June and 2) they had a feeling that 1989 (Taylor’s Version) would come out this year. Swift continues to confuse fans with the two album eras.

Taylor Swift noticed that the original version of “Wildest Dreams” was trending on TikTok. So, she wanted to do something special for her fans. The singer decided to release the re-recorded version of the song. She took advantage of New Music Friday to share something special with her fans.

Swift made the casual drop as if nothing happened. She took to TikTok to share a clip of herself painting her nails. She wore a white T-shirt with light wash denim overalls. Swift paired her look with a messy bun.

The clip reads, “You set a date in November with Red but then someone mentions 1989.” The next scene shows Swift wearing a baby blue dress. She paired the look with soft wavy hair, sunglasses, and her signature red lipstick. She removes her sunglasses and winks at the camera. Fans can hear the new version of “Wildest Dreams” in the TikTok clip.

Also, Swift released the song on YouTube and all music streaming services. On Twitter, she wrote, “Hi! Saw you guys got Wildest Dreams trending on tiktok, thought you should have my version.” This sudden drop had fans wondering what was up Swift’s sleeve again. They assumed this was her re-recorded Red album era.

Hi! Saw you guys got Wildest Dreams trending on tiktok, thought you should have my version 😘😘😘😘https://t.co/dZSBbSCcxV pic.twitter.com/MecFvUPNJb

What does this all mean?

While Taylor Swift fans were excited to have some new music, they were also confused. They find the timing of her re-recorded music chaotic. Swift thought it was inspiring to see one of her hit songs trending on TikTok. So, she simply wanted to drop the new version.

She didn’t really explain why she released it before Red (Taylor’s Version), which is set to drop on November 19. Regardless, it has fans very confused. Normally, most artists stick to one album era at a time. Here is some of the reaction on social media:

Some have a feeling that Swift is using TikTok to announce an upcoming project. They find it interesting that she joined the social media platform. Swift doesn’t usually join just any social media platform unless she has something to promote. What are your thoughts on the singer releasing “Wildest Dreams” before Red (1989)? Sound off below in the comments.

Kelly Clarkson Listens To Fans & Delivers — Here’s How
Keith Urban Relies On Marital Devotion For Sobriety?
Jimmie Allen Puts The APB Out On ‘On My Way’ With Jennifer Lopez
Miranda Lambert Voted One Of Most Influential People 2022
Blake Shelton Headlines 2 Major Events, See What