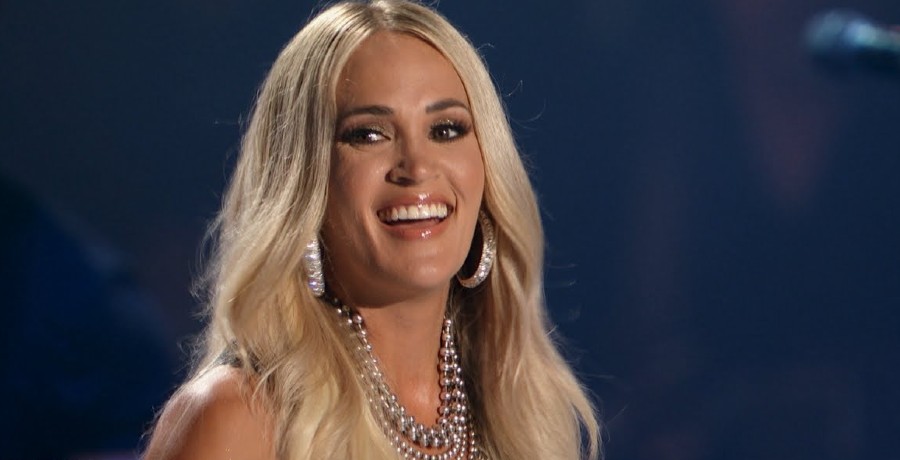 Carrie Underwood is waving goodbye to summer. Today, Wednesday, September 22 is the first day of fall. A day prior, the American Idol winner shared a clip from ABC’s CMA Summer Jam. She dazzled in Music City with an exclusive performance from the special, which aired earlier this month.

During the special, Carrie performed her hit songs “Church Bells” and “Last Name.” She reminded everyone why fans think she deserves most of the awards. This comes after Carrie’s fans stormed CMA’s social media after the 2021 CMA Awards nominations were announced. Oddly enough, she wasn’t up for the coveted award of Female Vocalist of the Year.

The “Jesus Take the Wheel” singer lit up the stage during her performance. Carrie Underwood stepped out in a sparkly fringed jacket, which she paired with black denim cutoffs and silver jewelry. After performing her popular hits, she took the stage with country music legend Dwight Yoakam.

“Before we say goodbye to summer, here’s a #CMASummerJam performance that I’ll never forget with the one-and-only @dwightyoakam!” Carrie captioned the post. “Watch at the link in bio.”

While it’s officially fall, it’s still summer in Carrie’s heart. The singer was all decked out for the summertime. She wanted to bid one farewell to the hot season before it officially ended. Fans simply enjoyed this surprise treat from their favorite singer.

Had a blast at #CMASummerJam! Thank you again @DwightYoakam for sharing the stage with me!! @CountryMusic pic.twitter.com/vgJSPCUh22

Fans rave over the incredible performance

Within 20 hours, the clip received over 510,000 views. Fans are especially loving Carrie Underwood’s performance with Dwight Yoakam. Most of them took to the post to share their thoughts. Here is just a handful of the raving reviews.

They’re just happy to see the Oklahoma native go back to her country roots. Earlier this month, Carrie released her duet with Jason Aldean. Before then, she was focused on making gospel and Christmas music. What are your thoughts on her performance at CMA Summer Jam? Sound off below in the comments.

Kelly Clarkson Listens To Fans & Delivers — Here’s How
Carrie Underwood Hearkens Back To Signature Style On New Tune
Keith Urban Relies On Marital Devotion For Sobriety?
Jimmie Allen Puts The APB Out On ‘On My Way’ With Jennifer Lopez
Miranda Lambert Voted One Of Most Influential People 2022