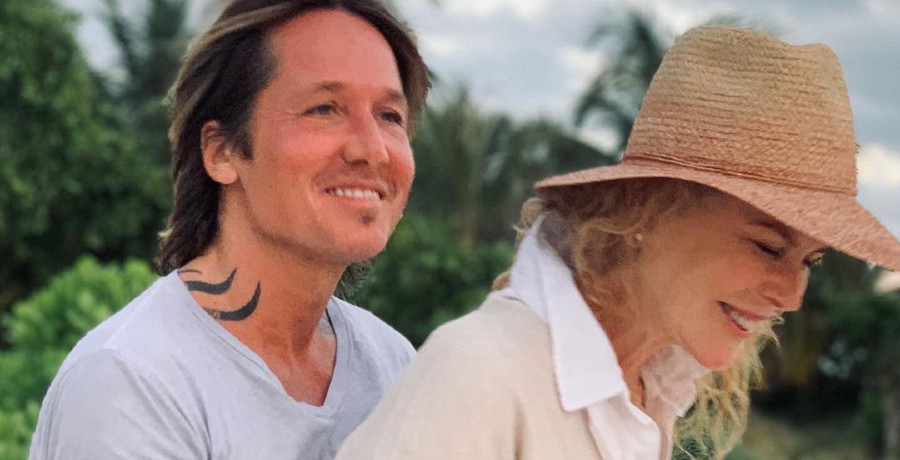 Assuredly, faithful fans know the fateful love story of Keith Urban and Nicole Kidman like a favorite road home.  Even so, no one seems to grow tired of any detail regarding their tender romance, not even Keith or Nicole.  All things considered, it’s hardly a wonder that the couple is 15 years strong in marital steadfastness.

As often as Jimmy Fallon, host of The Tonight Show, welcomes Nicole Kidman and Keith Urban as his guests over the years, it’s not surprising that he knows every story from the pair.  This week, however, in another sit-down via screen with the Nine Perfect Strangers leading lady, funnyman Fallon can’t resist asking Kidman when she knew Keith Urban was her forever love.  A beautiful early morning bouquet brought the answer, as Today further confirms.

Nicole Kidman learns to never turn down the guy with gardenias

When it came to wooing his one true love, Keith Urban already knew that he had to get every move right. The “Who Wouldn’t Wanna Be Me” artist sensed that this was his “one chance” to be the kind of man and earn the kind of love he long dreamed about.  Angels watched over Keith on Nicole’s birthday morning.

“He sat on the stoop of my New York apartment,” Nicole Kidman recalls.  “I came out at 5 AM in the morning,” the Oscar-winning star further elaborates. “It was my birthday, and he had flowers.” Naturally, Keith Urban never held just any gorgeous bouquet from the florist.  He sought out Kidman’s favorites—gardenias and positioned himself, bouquet in hand, in the wee hours before sunrise, to greet his lady love on her birthday morning.  Of course, that degree of amorous effort takes oodles of preplanning.  The gesture only starts the day that cemented Keith Urban as the man Nicole was meant to marry.

“That was it. I was a goner,” Kidman confesses.  “I’m, like ‘Yes, I’ll marry you!’” The motorcycle ride to Woodstock marked the next unforgettable memories of the day forever cherished.

Keith Urban lets his guitar gush with delight in Vegas

Notably, Nicole Kidman never discloses through this exchange that by the time she delights in Keith Urban’s birthday “Good morning,” she and the guitar maestro mounted mounds of long-distance charges as they realized the closeness in their connection was like they had grown up together.  It took four months before Keith mounted the courage to call the number passed to him by Nicole’s intermediary, and the rest is history.

Coincidentally, Keith Urban celebrates a resumption of his Las Vegas residency at the moment with Keith Urban Live– Las Vegas at the Colosseum at Caesar’s Palace.  Country Music Alley related Urban’s excitement over the return in June.

Innately, Keith Urban relies on his boundless exuberance, his unmistakable energy, his artistic passion, and his warmth with people to communicate his heart from the stage. By all accounts, his Friday night performance to a full house and the gigantic venue delivered each of those qualities and more.  Through the hour and 40-minute set, 21 songs flowed and Keith’s blazing guitar stretched from “crisp riffs to full-blown solos” as one reviewer credits.

Along with eternal favorites “Days Go By” and “Where the Blacktop Ends,” production wizardry provided Pink on a giant screen to duet on “Take Me Home.”  Fortunately, fans got the treat of “Better Than I Am” and the spirit-rending “God Whispered Your Name,” from the true “Superman” onstage.

As photographic evidence, Nicole Kidman frequently displays her husband as a boy, holding instruments far bigger than him.  Keith Urban literally describes the guitar as “a voice to say the things I couldn’t verbally.” The musician conveys that he was shy and “a bit insular.”  “The guitar and I became very good friends,” Urban elaborates.  His burgeoning talent created a life that was “bigger and more colorful.”

Sadly, though, as much color and wonder as Nicole Kidman brought to the canvas of Keith Urban’s life, the kind of triumphs he experiences now would not have been possible without the courageous and loving intervention she extended to her husband only four months into their marriage. The string wizard still marvels to think of the love surrounding him in that room.  At last, he had the strength and the reason to leave addiction behind.  It’s no surprise that he says he was “born into” Nicole.

No matter how hard Nicole Kidman and Jimmy Fallon tried to keep their focus on romantic history and the projects at hand, both professionals got huge cases of the giggles.  At one point, it got so bad that Fallon shields his face with the papers on his desk.

While the two share a friendly, albeit giddy, relationship now, fans recall a visit from Nicole Kidman a few years ago, when she describes “an interest” in the host that falls completely flat.  The host hardly remembered the visit to his apartment that Nicole Kidman referenced back in 2015.  In a matter of minutes, the intuitive actress assessed “no chemistry” whatsoever with Jimmy in his environment.  Needless to say, divine providence had someone else in mind.  Keith Urban attests that it’s all about being the right man.

What concert plans are in the works for your fall?  Country Music Alley gives you all the latest on the artists you love, from the stage to the studio!