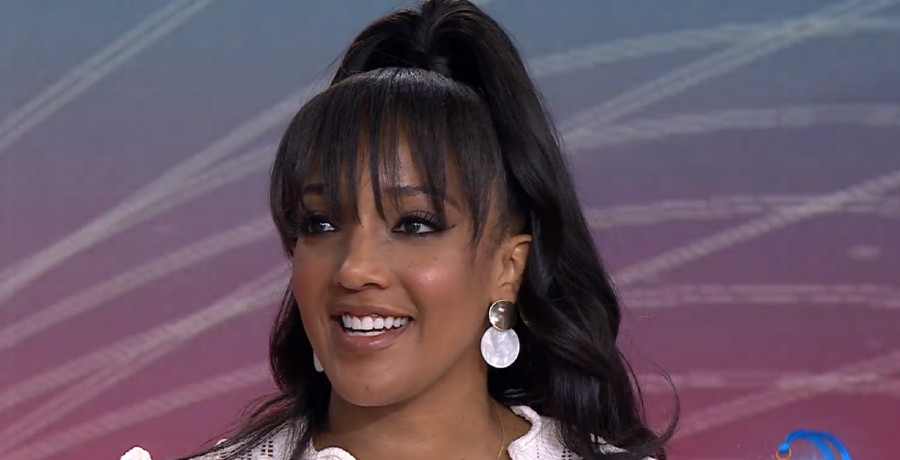 Astoundingly, it feels impossible to comprehend how Mickey Guyton took the stage of the 2020 ACM Awards almost exactly a year ago.  She not only made history and shook audiences to their core with her rendition of “What Are You Gonna Tell Her?” as the first black woman to be a solo performer at the ceremony, but she also held firm to her personal pledge to abandon the “Nashville system” that demands singing songs that sound “Country enough” to the ears of a label boss to bring success.  To her credit, Mickey Guyton vowed to sing from her own truth.  She heeds her husband’s advice to stop running from “everything that makes you different” and instead, embrace her uniqueness with her whole heart.

This morning, just one year later, the singer-songwriter is a Grammy-nominee, and another history maker for “Black Like Me,” and a fiercely devoted mother to her son, Grayson, with her husband, Grant Savoy, while celebrating another kind of birth on Today. At last, Mickey Guyton’s true, full-length debut album, Remember Her Name, arrives today.  What better stage than Rockefeller Plaza serves more fittingly to welcome fans and celebrate the momentous occasion.  Mickey Guyton devoted far more than nine months, a year, or a decade to the sparkling collection drawing from her experiences– it took her whole lifetime.

Thank you to the @TODAYshow for celebrating the release of Remember Her Name with me! 🎉 This has been such an amazing day already. Having my Dad & husband there too just made it even more special. I love y’all so bad. Can’t thank you enough. ❤️❤️❤️

Initially, Country Music Alley followed the inception of Remember Her Name starting in March, long before the courageous title song became known.  From the outset, Mickey Guyton aims to lift the lives of Breonna Taylor and all the senselessly lost lives through the cries for justice and reform through the Black Lives Matter movement.  Beyond that purpose, however, the album relates how the artist’s journey to self-acceptance and love reaches into the corners of every heart.  Mickey’s dad, Michael, beamed a broad smile, praising “I’m so very proud” of his daughter on the Today stage.  Hubby, Grant, gave his masked joyful smile away with his glistening eyes for his wife.

No one in country music comes close to the range of Mickey Guyton, particularly in the early dawn hours of the morning.  Characteristically, she tears into “All-American” like a rocket ship to Mars with burners blazing. Guyton is especially glorious on the “all” in “Ain’t we all All-American” through the chorus.  From her band to the spectrum of ages, ethnicities, and genders in the crowd, this was a true salute to real America.  The voices sang every word with Mickey Guyton.

Countless times, she shouts “I love y’all” in her exquisite Texan drawl.  She makes sure to say “I see you,” with a genuine effort to specific souls in the crowd.  Without question, her energy was otherworldly, and this mutual show of support was heavenly. Above and beyond the glowing reviews, Mickey Guyton undoubtedly has arrived.  Her world and the country music realm are forever changed by her presence.

A door-opener for future artists

During a third-hour chat, Mickey Guyton reiterates that Rissi Palmer embodied the Arlington native’s artistic aspirations.  With warm reverence, Mickey calls Palmer the “head majorette,” noting that she is just following in the pioneering path forged by the first black woman to have a country song on the charts.  Now, Mickey Guyton takes the mantle of being the one little girls long to emulate in her industry.

“I’m so grateful I didn’t give up,” Mickey Guyton stresses, referring to the long years when “No” seemed like the only word she heard.  Worse yet was when she heard nothing in return at all.  The songwriter fully feels the sting of being “unseen,” “unheard, and “unconsidered,” as she voiced in her Grammy-nomination remarks.  Guyton delights that she is free of the “hamster wheel” of writing and receiving songs that never coincide with her experience.

On a lighter note, Mickey Guyton teases that “pushing out a baby” is several times easier than crafting a debut album.  At the time little Grayson greeted the world, though, the first time mommy deemed his birth “the hardest and most beautiful thing I’ve ever done.”  On the topic of life, Guyton offers her most powerful delivery of “Remember Her Name” on Today.  The verses implore loved ones to cherish those in life who “light up every room” and prize “laughing through all the pain” over a grand legacy.

Very fortunately, Today fans got an added treat of the upbeat, staccato guitar-plucked “Different” to close the opening two hours.  Once more, the song is a celebration of acceptance, uniqueness, and even the messy flaws that make frail humans fun.  Obviously, Mickey Guyton found herself through the process of creating Remember Her Name, and we are all blessed by that process.

Remarkably, Mickey Guyton displays the same buoyant energy and her closing performance of the surging love song, “Higher.” Let’s hope Grant was still in the crowd.  This is not only a great performer with peerless vocal interpretation, Mickey Guyton takes folks through the gamut of human emotion and leaves every heart wanting more.

Are you looking forward to listening to Remember Her Name?  Surely, it’s spinning on replay in many fans’ players right now.  Congratulations, Mickey!  It is so worth the wait.