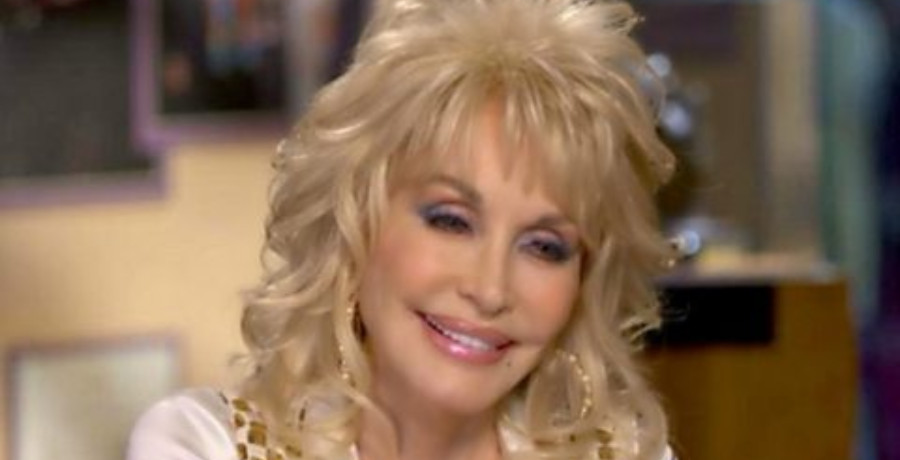 Dolly Parton shared her thoughts on Lil Nas X’s cover of “Jolene.” The singer recently covered the classic song in the Live Lounge. Since then, his performance went viral on social media. Fans can’t stop raving about it to this day.

Some of them believe it’s the best version of “Jolene” they’ve heard, next to the Miley Cyrus cover. But what does the Queen of Country think? Did she get to hear it yet? The country superstar took to Twitter to share her thoughts on the cover. She’s been waiting for a new singer to step up to the plate and record their version of the classic.

The Dolly Parton hit song has been covered by many artists over the years, but not quite like this. Lil Nas X slowed down the original version. Somehow, he made it even sadder. As country music fans know, Parton’s version has a lot of pleading and wailing.

Lil Nas X gave a unique perspective on the song. He wanted to tell a different story. The TikTok star sang it from the perspective of a straight man who knows he could never reciprocate his love. Or, a bisexual man who fell in love with a woman named Jolene. He had a feeling that this relationship was going to end.

During the performance, he wore butterflies on his earrings and necklace. There’s even a butterfly on top of his microphone stand. Lil Nas X paid homage to the singer’s love for butterflies. Fans have praised the pop star for his take on the classic song.

As a result, Lil Nas X’s version went viral on social media. People can’t stop talking about it. They feel that it’s one of the best versions of “Jolene.” Few have lived up to the potential of the original.

Dolly Parton shares her thoughts on the cover

On Thursday, September 29, Dolly Parton took to Twitter to share her thoughts on Lil Nas X’s version of “Jolene.” She said that his performance was “really good.” It turns out that the country artist is a big fan of the “Old Town Road” singer. It’s hard to imagine Parton listening to her music, but she’s always full of surprises.

“I was so excited when someone told me that Lil Nas X had done my song #Jolene. I had to find it and listen to it immediately…and it’s really good,” Dolly Parton tweeted. “Of course, I love him anyway. I was surprised and I’m honored and flattered. I hope he does good for both of us. Thank you @LilNasX.”

I was so excited when someone told me that Lil Nas X had done my song #Jolene. I had to find it and listen to it immediately…and it's really good. Of course, I love him anyway. I was surprised and I'm honored and flattered. I hope he does good for both of us. Thank you @LilNasX https://t.co/w7vJWGypOp

Parton’s fans agreed with her. One fan said they loved the “paired-back delivery” of the song. Another shared that they got “goosebumps” when they listened to it. Now, fans are hoping for a Dolly Parton and Lil Nas X collab.

What are your thoughts on Lil Nax X’s version of “Jolene”? Which cover do you like the most? Sound off below in the comments.

Miranda Lambert Voted One Of Most Influential People 2022
Jimmie Allen Puts The APB Out On ‘On My Way’ With Jennifer Lopez
Kelly Clarkson Listens To Fans & Delivers — Here’s How
Keith Urban Relies On Marital Devotion For Sobriety?
Carrie Underwood Hearkens Back To Signature Style On New Tune