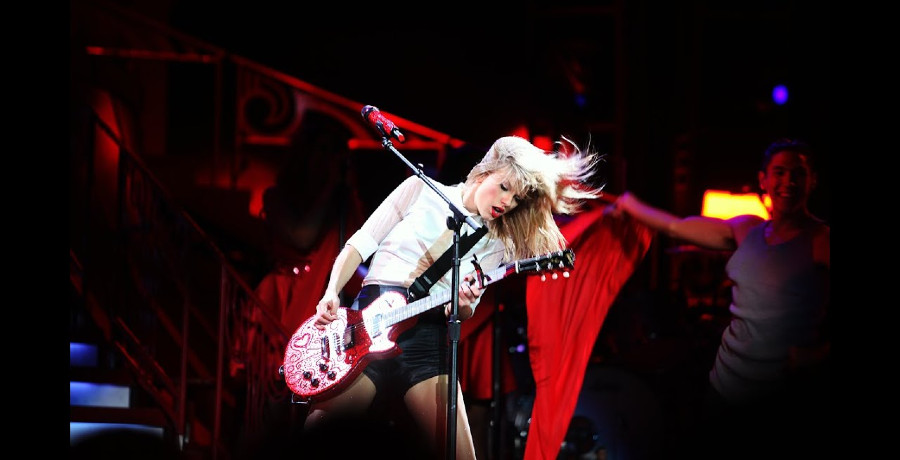 Taylor Swift is back to promoting Red (Taylor’s Version). She had to change the album’s release date because Adele is staging her big comeback. The British songstress dropped her lead single “Easy On Me,” which is already burning up the music charts. Aside from Swift, Adele is a singer who can sell out albums like no other.

Since the singer’s return, the pop star has been quiet. Fans wondered why Swift hasn’t been promoting Red (Taylor’s Version). She has even released a lead single. On the ninth anniversary of the original 2013 album, Swift took to social media to remind them that the revised version is coming out in three weeks.

On Friday, October 22, Taylor Swift broke her silence on social media. Yesterday was the ninth anniversary of the 2013 album, Red. However, fans have been waiting for more news about the re-recorded version, which is set to drop on November 12. After nearly breaking TikTok, Swift posted her first-ever Reels video on Instagram.

“21 days ’til November 12 and I promise it’s worth the wait!” Taylor Swift teased her fans.

She revealed that good things are coming soon. The clip also includes a teaser of the song “Red (Taylor’s Version).” In the video, Swift is seen wearing a dramatic red evening gown. Her face is all made up, sans red lipstick. However, she does rock her signature cat-eye makeup that she wore from that era.

Also, on Friday, Swift released the merchandise including the scarf that she quotes in the song “All Too Well.” The lyric goes, “I walked through the door with you / The air was cold / But something about it felt like home somehow / And, I left my scarf there at your sister’s house / And you’ve still got it in your drawer even now.” She is said to release the 10-minute version of the song on the new album.

Fearless (Taylor’s Version) returns to No. 1

Meanwhile, Fearless (Taylor’s Version) returned to No. 1 on the Billboard 200 albums chart for a second consecutive week. The album jumped from No. 157 to No. 1. It sold 152,000 album units in the week ending October 7, 2021. The album’s vinyl release helped its jump in sales.

Fans cannot wait for new music from the singer-songwriter. She returned to social media to drop new clues about the tracklist on Red (Taylor’s Version). Swift is in the process of re-recording her previous albums. She wants to take back control of her old music catalog against her ongoing battle with music exec Scooter Braun and her former manager Scott Borchetta.

After debuting on the Billboard 200 nearly six months ago, @TaylorSwift13’s 'Fearless (Taylor’s Version)' returns to No. 1 on the albums chart https://t.co/naKS834V3T

Are you excited for Red (Taylor’s Version)? What’s your favorite song from the album? Sound off below in the comments.

Jimmie Allen Puts The APB Out On ‘On My Way’ With Jennifer Lopez
Maren Morris’ Tour Bus Is Far From Humble
Kelly Clarkson Listens To Fans & Delivers — Here’s How
Miranda Lambert Voted One Of Most Influential People 2022
Keith Urban Relies On Marital Devotion For Sobriety?