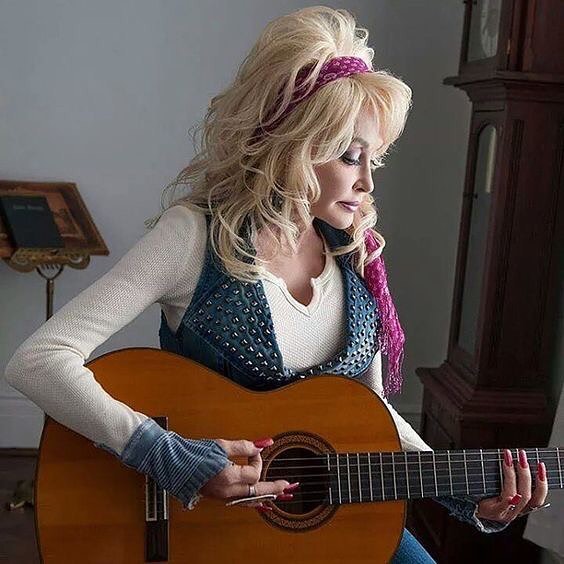 Any occasion that moves country music marvel Dolly Parton to take the stage becomes immediately remarkable.  Certainly, anytime such an occasion involves Dolly Parton doing something for a cause she cares about only magnifies both her heart and giving hearts within her audience.

As if anyone on earth needs confirmation, Dolly Parton still reigns as an absolute knockout at 75.  On top of her looks, the Tennessee treasure remains in fine vocal form, as she proves in her performance for the Kiss Breast Cancer Goodbye charity concert this weekend at the Country Music Hall of Fame’s CMA Theater.  No one forgets a Dolly Parton performance, and it’s even more impossible to forget when the songwriting legend dons stunning pink to deliver her set!

For most folks, Sunday evenings are quiet times to ease the mind and get ready for the “9 to 5” grind of the workweek one more time.  In this case, however, Dolly Parton decides to get all “Dollied” up for her first performance in some time on October 24, as Hollywood Life and the UK’s Daily Mail confirm.

Fashion opinions differ on whether Parton’s ensemble reflects a dress or a jumpsuit.  There is definitely the look of a skirt flowing behind Dolly’s knee-length pants trimmed in silvery shine.  Of course, her high heels are matched to perfection, and her likely “portable hair” falls just right at her shoulders.  From those gifted, hard-working shoulders to the final seam, Dolly Parton shows herself still as timeless as ever, just like her songs.

More than a few favorites

Speaking of the songs in that vast song catalog, Dolly Parton delivered a 10-song set for the benefit cause, beginning with the collaborative anthem, “PINK,” released about a year ago.  In the truth-telling, tender ballad, Sara Evans, Jordin Sparks, Monica, and Rita Wilson share verses with Dolly Parton.  Still, the “Songteller” sings out with passion and purpose all on her own, too.

Besides the opener, Dolly treated fans to her classic, “I Will Always Love You,” her buoyant “9 to 5,” and, of course, “Jolene.”  Naturally, only privileged attendees know if any special Dolly Parton requests came with the price of admission.  No doubt, though, it was an evening to cherish for all.

As it happens, the ACM Award-winning singer, Carly Pearce, goes back a long way with Dolly Parton and knows every song, too.  Fans recall that back in June, Carly got the surprise of her life from Dolly Parton with a personal invitation into the Grand Ole Opry.  The “I Hope You’re Happy Now” singer cut her performance chops singing at Dollywood venues.  Along with the prestigious recognition, Parton came bearing a sought-after gift.  She presented Pearce with an early bottle of her signature “Scent From Above” fragrance (also adorned in pink and currently flying off the shelves).

Lovingly, Dolly encourages Carly to take a sniff near her neck.  Unfortunately, Pearce fears that tears of joy and her runny nose will dampen the spirit and Dolly Parton’s suit, so she politely defers.

In a playful Today feature, Carly Pearce reveals her penchant for naming her pets after country music greats.  There’s the independent, sassy feline, Emmylou, in tribute to Emmylou Harris.  Fittingly, a pair of male and female doggies are dubbed Johnny and June.   Pearce describes that June loves the attention, while Johnny is content to stay in the background and simply be part of the family.

Initially, Pearce named June “Jolene,” after the Dolly Parton favorite.  In fact, she goes so far as to have the pet’s name tag inscribed with the name.  Shortly after, though, the name, June, called more deeply to her because of June Carter Cash’s “grit.” Clearly, No one matches the mentorship or the example of Dolly Parton to Carly Pearce.  The still-rising star relates how Parton is “my fairy godmother” (although officially, that honor belongs to Miley Cyrus, they can share).  The royal title surely carries over to Carly’s furry brood.  Dolly is a big dog lover, frequently photographed with her Boston terrier, Popeye.  No one forgets “Me and Little Andy,” either.

Whether she’s in pink or any other color of the rainbow, Dolly Parton always has a purpose and her endless talent.  Country Music Alley covers the latest from Dolly’s world to all your favorite artists– keep us bookmarked!