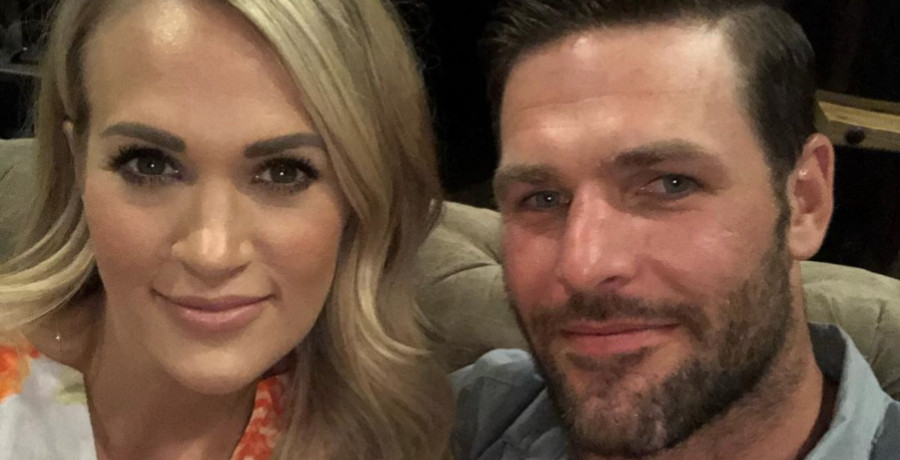 If you noticed why Carrie Underwood has been quiet on social media lately, this is why. The country superstar revealed that she returned from a trip to Walt Disney World with her husband Mike Fisher and their two sons Isaiah, 6, and Jacob, 2. She couldn’t wait to share the photos with her fans.

This comes after the American Idol winner was spotted at Target. Of course, her latest sightings had fans wondering about her privacy. Carrie has been spotted in the most unconventional places. Yet, she’s one of the world’s biggest superstars. How does she not get bothered?

She recently took to Instagram to share the new photos from her trip to Walt Disney World. The photos included an appearance by their cousins. The group had a good time riding the rides and enjoying the food. Carrie’s Instagram post also had some fans wondering about her privacy.

“Got to spend some much-needed family time recently in Orlando!!!” Carrie Underwood wrote in her Instagram post. “We rode lots of rides, at lots of sugar, smiled a million smiles, and made a million memories!!! These years, with our boys, we’ll never get back…to see the wonder and excitement on their faces is priceless! We already can’t wait to go back! Thanks @waltdisneyworld for existing.”

Fans didn’t even notice that Carrie cheated on her strict diet. Most said that they loved seeing the photos from their family trip. Others shared that they were visiting the theme park around the same time. However, they never spotted the superstar.

This raised an interesting question in the comment section. Some fans had to wonder if she gets hounded by fans. “Do people leave you alone when you are out at a big place like that?” one fan asked. Others wondered the same, especially after Carrie’s shopping trip to Target.

Carrie Underwood fans wondered how the family made it through Walt Disney World without being recognized. One fan suggested that they could’ve had a “posse of bodyguards” with them.

Others wondered if they managed to fly under the radar because they were wearing masks. But Carrie Underwood previously shared her thoughts on the mask mandate before. One fan who saw the family at the park noticed that they were with a tour guide.

It’s possible that they could’ve booked a private VIP tour. There are plenty of tours available, especially in lieu of the 50th anniversary.

“She had a guide with her, we walked right past them by Big Thunder Mountain. In a very public space,” the fan wrote.

“They were VIP guests so they didn’t have to stand in line. Hence why they got to ride so many rides,” a second fan added.

Walt Disney World sounds nice if you’re a celebrity! Do you think a superstar like Carrie Underwood would get stopped a lot in public? Sound off below in the comments.

Carrie Underwood Hearkens Back To Signature Style On New Tune
Jimmie Allen Puts The APB Out On ‘On My Way’ With Jennifer Lopez
Kelly Clarkson Listens To Fans & Delivers — Here’s How
Blake Shelton Headlines 2 Major Events, See What
Miranda Lambert Voted One Of Most Influential People 2022