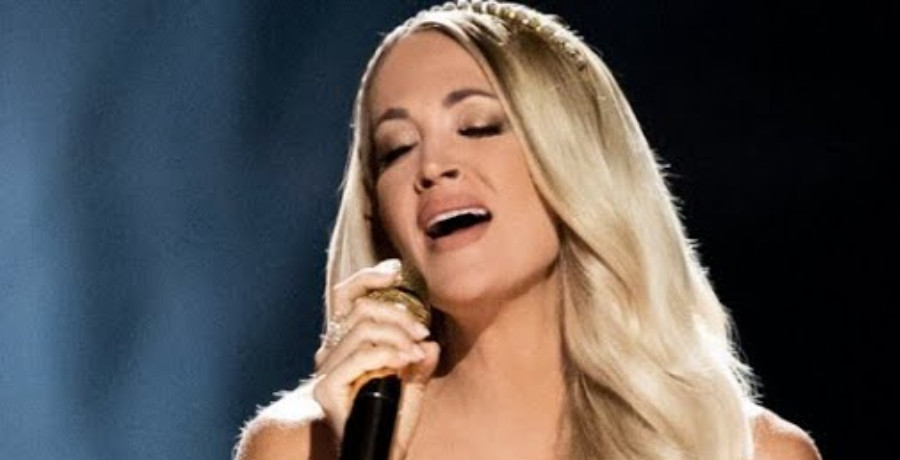 Carrie Underwood opened up about her important family holiday tradition. It’s actually simpler than you may think. The country singer is set to appear on CMA Country Christmas. Before then, the American Idol alum gave fans a glimpse into her Thanksgiving plans and the one tradition that’s stuck.

On Thanksgiving Day, November 25, Carrie performed at the Macy’s Thanksgiving Day Parade. She was one of the many performers who took part in the NYC tradition, which returned its in-person celebration for the first time since the COVID-19 pandemic. The singer also just returned from a trip to Walt Disney World with her husband Mike Fisher and their family.

What are her Thanksgiving plans?

Carrie Underwood recently took to her Instagram Story to share her Thanksgiving prep. The busy mom of two had to head from New York City to her kitchen. Carrie shared a selfie of herself with a whisk covered in buttercream. She rocked her natural blonde hair and a purple sweatshirt.

“Started the Thanksgiving prep!” Carrie Underwood captioned her Instagram Story. “As a kid, licking the beater was my favorite.”

The “If I Didn’t Love You” singer and the NHL player share two sons, Isaiah, 6, Jacob, 2. The couple lives together at their $3 million home in Tennessee. It’s likely that Carrie had to head back home after performing in the parade on Thanksgiving morning. She performed the new song “Favorite Time of the Year” from the re-release version of her Christmas album, My Gift.

For her performance, Carrie wore a red tulle dress. She paired the elaborate look with matching red leather gloves, a fur shawl, and red heels. She sang on top of a float that was decorated with fake snow and holiday decorations. Carrie has been hitting the stage a lot lately as she prepares for her first-ever Las Vegas residency on December 1.

When it comes to the holidays, you just have to make it easy. Carrie Underwood spoke to E! News about what her family traditions look like. She shared the simplest one that most families should focus on. After all, it’s not about the gifts.

“I think there’s a lot of things about the holiday season that brings joy but right now, my children, watching them experience some of these things for the first time is really special,” Carrie Underwood told E! News. “Getting to play in the snow, getting to build a snowman, Santa, just getting to watch them feel the magic about Christmas is something that’s really special.”

While she admitted that the holidays are “stressful,” she enjoys seeing it through her sons’ eyes. The busy mom will also headline the CMA Country Christmas holiday special. This time around, the singer will dazzle in a dark green gown, which features exaggerated shoulders and voluminous sleeves. She finished off her look with several rings and statement earrings.

You can check out Carrie’s look and performance on CMA Country Christmas on Monday, November 29 at 8:00 p.m. ET on ABC.