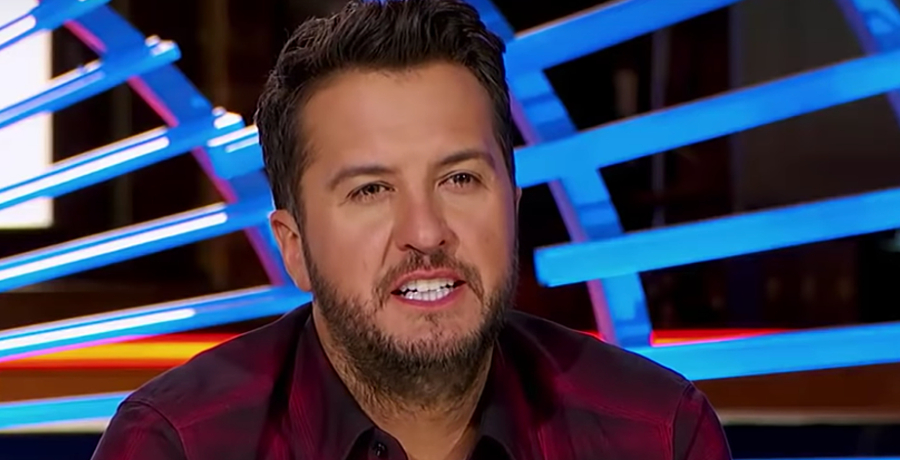 Luke Bryan discussed equality, racism, and change in a new interview. He admits that change has a long way to go. The country singer is promoting the upcoming season of American Idol with his fellow judge. Luke addressed racism in the country music industry.

There has been a shift in the conversation. Amid the Black Lives Matter movement and Morgan Wallen’s N-word scandal, country artists have been speaking out about racism and equality. Luke says that “tremendous changes” will take place in the industry. He did not reveal what kind of changes will take place, but he believes change is afoot.

Luke Bryan opens up about racism

Luke attended the Television Critics Association panel with his fellow AI judge, Lionel Richie. Per Insider, both men were asked about what could be done to include more diverse talent in the country music industry. Morgan Wallen’s name is often brought up due to his N-word scandal. He was caught on camera uttering the racist slur in February 2021. Since then, his fellow country music artists spoke out against racism.

Lionel says that most of the singers on American Idol come from “all walks of life.” The contestants are considered “family.” Luke admitted that there’s still a lot of work to be done in the country music industry. He also slammed critics who claim that country music is a racist industry.

“First of all, there’s racism throughout the whole country. Just to sit here and single out country music as some kind of racist format is not altogether natural and true,” Luke Bryan said. “I’ve been privy to various board meetings where we recognize our problems as an industry, and things take time. I think country learns every day about the severity of racism. And like I said, I think sometimes you have to open your eyes and understand the people’s side of the story.”

Footage leaked of Morgan Wallen saying the N-word outside his house. He was found intoxicated after a night of partying. Morgan was immediately suspended from his record deal, but he has since made a comeback. In addition, country music radio playlists and award shows dropped him. Despite the controversy, sales of Morgan’s music rose in wake of the scandal. In 2021, he became the best-selling country artist.

Morgan has since made his return to country music. He announced a new tour and made a surprise appearance at the Grand Ole Opry. Yet, critics feel that the country music industry hasn’t learned anything from the controversy. As for Luke Bryan, he feels certain that great change will take place.

“I think we are going to grow, and you are going to see tremendous changes,” he said during the panel. “You bring up the Morgan situation — that’s a situation that I think country music and the industry is doing everything they can to recognize, and these things take time. They take time in the National Football League. They take time as a country.”

The Idol judges don’t take race or sexual orientation into consideration. Rather, they see every contestant with an “open heart” and “open mind.” Luke is “proud” that “we feel like our viewers are home doing the same thing.”