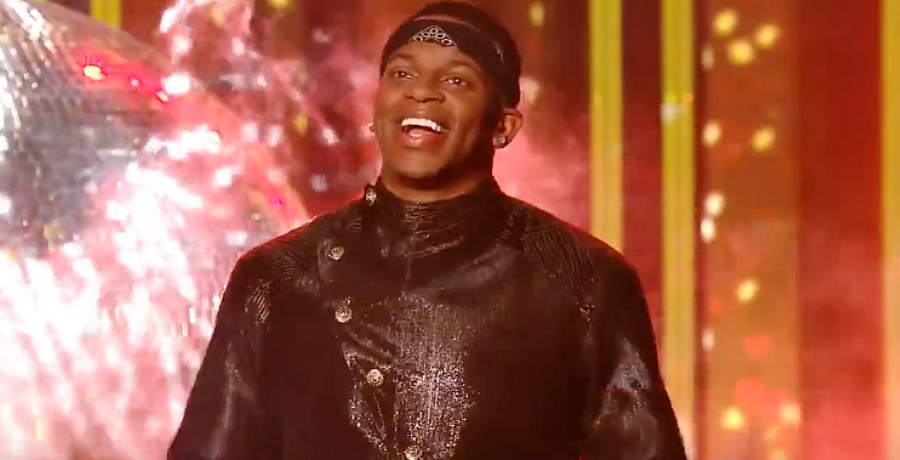 Clearly, the multitalented Country star Jimmie Allen has a roster of superstar friends right on his phone. The “Down Home” singer-songwriter never worries about negative responses at the other end of his call, either. Not just Country A-Listers, but every musical A-Lister seems to want Jimmie Allen as a collaborator.

Undoubtedly, Jimmie Allen embraces the power and artistry of collaboration and fully appreciates the gifts and the gushing influence of a true entertainment icon. Speaking of influence, Jimmie Allen soon felt the summertime influence sweeping over his faithful followers with the announcement that Jennifer Lopez is his next collaborative partner, as confirmed by Entertainment Tonight and Taste of Country.  The “Let’s Get Loud” artist brings a distinctive sway and sizzle to everything she touches. Assuredly, the star of the stage, screen, fashion, and song will make an irresistible Latin cocktail with Jimmie Allen on the remix of “On My Way.”

Much like in his previous promos for projects with Brad Paisley and other pals, Jimmie Allen and Jennifer Lopez speak everything needed with their social media post, in very few words. Jimmie is the portrait of cool and sleek Country swagger in black leather, silver accents, and leopard jacket lapels. At his side, Lopez dons her shimmering leopard jumpsuit, while giving a sultry, sumptuous trademark J-Lo gaze to the camera. Very likely, the looks are as fetching for fans as the newfangled take on the song. Not to worry, Jimmie Allen still sports his beloved Stetson, and both collaborators celebrate real-life reasons for joy.

Tonight 12amEST/11pm central
I meet @JLo for the first time In 2010 as a contestant on @AmericanIdol . soon as I heard “I’m Real”, I told myself one day we would do a song together and It happened. I’m honored to be a part of the reimagined version of “On My Way” 🙌🏽🙏🏽 pic.twitter.com/qCB0V3698k

Stunningly, Ben Affleck proclaimed his love for his intended, 52, with a giant green diamond ring, her favorite color. Only time will tell how the couple’s romance will grow through version 2.0.  As for the 35-year-old Allen, well, let’s just say he works hard for the green to support his growing family. Baby Zara arrived last fall to join her big sister, Naomi, 2, and big brother, Aadyn, almost 8. Playfully, the “Make Me Want To” singer details plans to expand his family, but his wife, Alexis Gale, puts those plans on pause before going on their way with further family expansion.

With seamless ease, Jimmie Allen and Jennifer Lopez shift roles in creating their new “On My Way” venture. Allen is not the hopeful contestant, yearning for approval. Lopez no longer needs to instruct Allen on the paces of becoming an artist.  The talents are equal contributors to “On My Way.” Coincidentally, Jimmie Allen advises American Idol hopefuls to lean on much more than talent.

For his part, however, Jimmie Allen counsels his 2022 American Idol pupils to “have a plan” for becoming an artist who lasts beyond the confetti shower closing the competition. He urges that any hopeful in the Top 24 create at least “4 or 5 original songs” that define them as artists.  Allen never places too much emphasis on “chart placement” of songs from his versatile catalog, as he stressed in a recent profile on Weis Radio.

On the contrary, Allen gauges the value of a song on the response of his audience.  Every artist loves to hear the sound of concertgoers singing choruses back to the one on center stage, and Jimmie Allen feels that enthusiasm is a better barometer of success. “I know a lot of it hit songs that never hit #1,” Jimmie assures. The enthusiastic performer seeks to motivate aspiring artists in similar situations to his own, and prepares them for struggle along the way, as Country Music Alley probed last month.

Fortunately for fans, though, no one has a long wait to hear “On My Way.” As Jimmie Allen’s announcement proclaims “@Jlo X Jimmie Allen” with the date 5-27-22 prominently noted. Even Today’s Jenna Bush Hager presumed on Monday that the smooth country crooner’s collab gives Harry Style’s competition for song of the summer, ahead of the release of Allen’s Tulip Drive on June 5. The theme of the album focuses on family and surely heralds summer fun.

Jimmie Allen never runs short of something to do

Besides his beautiful bride and Jennifer Lopez, Jimmie Allen has tour dates with Carrie Underwood locked in for her Denim & Rhinestones Tour. Underwood’s self-described “return to her roots” outing launches on October 15 and runs through March 17 of 2023.

In his leisure time, Jimmie Allen makes time for a few of his own dates.  He has a game show and two other television projects in development in between his creativity with music, his clothing line, and being a children’s author, not to mention just being a dad.  Dawdling for just one second never enters this artist’s mind. Wrestling faithful look forward to seeing Jimmie in the ring for a WWE bout. That takes a different kind of dancing than Jimmie’s DWTS stint, but it’s a sure bet that he’s already mastered those, too.