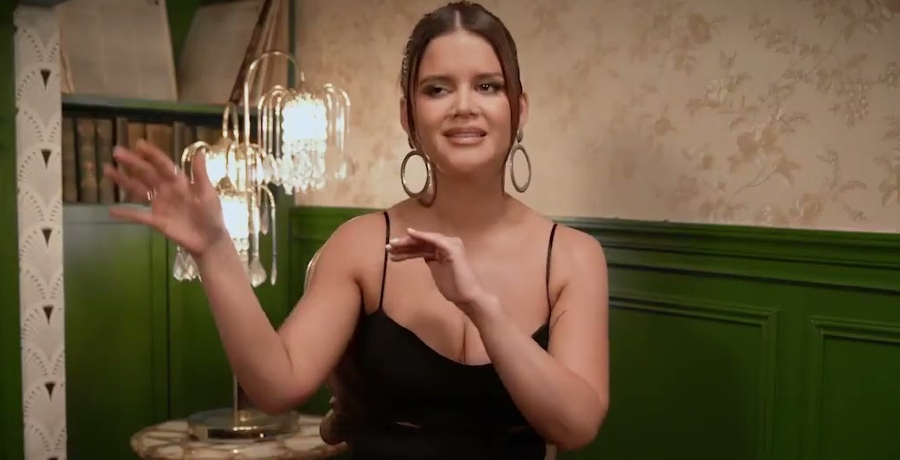 Maren Morris trolled the haters in a tiny black bikini. The country singer is currently enjoying her Memorial Day weekend. She continues to share photos of herself in itsy-bitsy outfits and bikinis, no matter what the haters may think. She’s been the subject of criticism for her racy Instagram posts.

Some trolls claimed that she should “dress appropriately.” Maren won’t let the negative attention get her down. Instead, she took the power back into her own hands and trolled them with her latest photo. The 32-year-old is enjoying her long weekend on the lakes of Tennessee. Check out her new bikini photo.

Maren Morris took to her Instagram Stories to share a series of photos of herself in her tiny black bikini. One photo shows the singer kicking back with a drink in her hand. She lounges back on a boat in the two-piece, which consists of a bandeau that features a cut-out at the cleavage. Maren also wears a black high-waisted thong.

The “Circles Around This Town” singer finished off her look with a sexy gold body chain. Her brunette hair was worn in a high messy bun. She kept her face covered with tinted sunglasses. She made sure that all of the focus was on her taut stomach. Maren looked happy and relaxed on her three-day weekend.

Fans could see the water and beautiful blue sky behind her in the background. In another photo, she shares a shot of her legs. Next to them is a case of Landshark Beer and her straw bag. In the third snapshot, Maren Morris smiles for the camera as she puts her hand in her hair.

She also rocks a pair of gold hoops, which match back perfectly with her body chain and black bikini. She was joined by her husband Ryan Hurd. Maren took it one step further by sharing a shirtless photo of him. He had sunscreen on his nose as he held a beer in his hand.

Maren Morris continues to share bikini photos on Instagram. This time, she shared them on her feed. That same day, she shared a carousel of black-and-white shots of her in a white bikini with a matching sarong. The photos show her leaning against the boat and showing off her toned stomach.

She also included a close-up shot of her cocktail, and a photo of herself snuggling up to Ryan. Maren Morris captioned the post: “pretending it’s Lake Como,” which can you view here. Most fans were in awe of the beautiful shots. However, she’s been dealing with backlash as she chooses to flaunt her body.

One troll claimed that Maren should “dress appropriately.” That response stemmed from a photo from Playboy that showed off her sideboob. Since then, Maren Morris has been declaring “Respect for mom boobs.” The singer gave birth to son Hayes, 2, in 2020.

What are your thoughts on Maren Morris’ new bikini photos? Do you think she should post whatever she wants? Sound off below in the comment section.