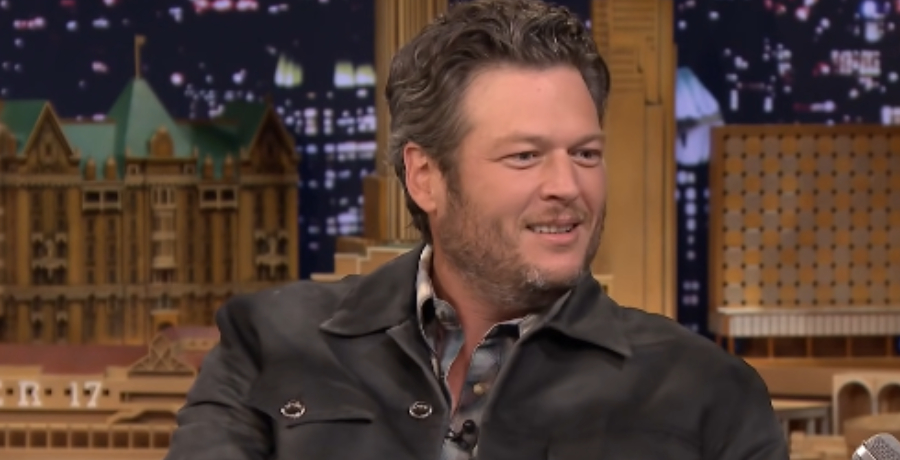 Blake Shelton made a disabled veteran king for the day. The country superstar remained humble when he met this famous veteran on the Fourth of July. The two were boating on Lake Texoma. Little did the man know that he would end up talking to one of the biggest country acts in the nation.

Jason Morgan is a retired SSgt. US Air Force Special Operations Command (Airborne). He shared his encounter with the “God’s Country” singer. Blake traveled to Highpoint Marina in Pottsboro, Texas. On Monday, July 4, he learned that the disabled veteran was also boating nearby.

Find out how the two met and what happened next.

Jason Morgan took to Facebook to share the details of his chance meeting with Blake Shelton. He also posted a photo of the two hanging out on the boat. Jason wore a cobalt blue shirt with black pants, while Blake rocked a colorful Hawaiian-style shirt and blue graphic print swim trunks. He pointed and smiled at the real hero behind him.

“Great hanging out with Blake Shelton our boat. Happy Independence Day,” Jason wrote. “We were at the same gas dock and someone told Blake that a disabled veteran was in one of the boats gassing up and he came over to meet me. I was very appreciative.”

Blake Shelton fans caught wind of Jason’s Facebook post. They took to the comment section to praise The Voice coach for being so kind and humble. Most of them shared the same sentiments about their favorite singer. Fans and lucky people in passing have both said that he’s a kind and down-to-earth man.

Who is Jason Morgan?

According to his website, Staff Sergeant Jason Morgan was deployed to South America as part of a country narcotics mission in 1999. While driving his SUV, he came across drug traffickers and lost control of his vehicle. It drove off the road and into a ravine. Jason ended up with a severely crushed spine, which made him paralyzed from the waist down.

He ended up in a coma for two months before waking up from the incident. Jason had to go through numerous surgeries and procedures during his 3.5-year hospital stint. Since then, Jason became a motivational speaker and best-selling author.

Happy anniversary to the woman that makes my world go round.. @gwenstefani, because of you, this year has been the best year of my life. I love you!!!! Thank you for saying yes! pic.twitter.com/kwsnsflyHH

Blake Shelton just celebrated his first year wedding anniversary with his wife Gwen Stefani. He called it the “best year” of his life. What are your thoughts on Blake meeting the disabled veteran? Sound off below in the comment section.