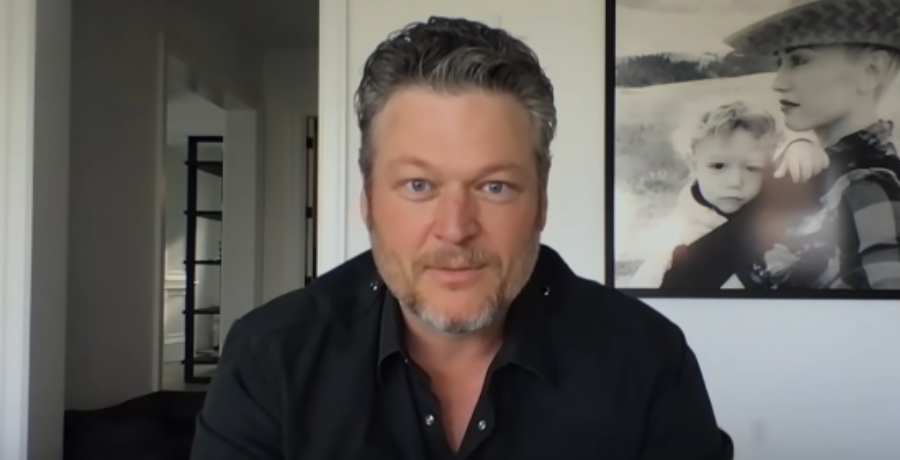 Blake Shelton shared something that’s close to his heart. The country singer was overcome with emotion when he received a deeply personal gift. He took to social media to share photos with his fans. Read on to learn more and to see why it made the jokester so emotional.

Earlier this week, Blake Shelton posted a carousel of photos on Instagram. He revealed the gift he received from his friend and NASCAR driver Jimmie Johnson. He gave Blake a military NASCAR helmet that honored his late father, Dick Shelton, who served as the honor guard in Korea after the Korean War.

Blake Shelton posted three photos of the helmet on Instagram. It featured red, white, and blue colors along with old photos of his father. The “Come Back as a Country Boy” singer was especially touched by his friend’s thoughtful gift. He admitted that this gift might “top them all.”

“I have been blessed in my lifetime to have received some incredible gifts and awards and things that will always mean a lot to me,” Blake Shelton wrote. “But on a personal level, this just might top them all. Thank you @jimmiejohnson. It is an honor and a privilege to call you my friend. Thanks my friend, the honor and privilege was all mine.”

I have been blessed in my lifetime to have received some incredible gifts and awards and things that will always mean a lot to me. But on a personal level this just might top them all. Thank you @JimmieJohnson. It is a an honor and a privilege to call you my friend. pic.twitter.com/NRtOrpydII

At the time of this writing, over 13,000 people liked his post. Blake’s fans and followers took to the comment section to share their thoughts on the personal gift.

One wrote, “It is a wonderful gift. It’s such an honor for you to have gotten. Cherish it forever. The picture is beautiful.”

Another added, “Wow that’s awesome Jimmie Johnson, and your special friendship it means a lot to you both. God bless you both Blake Shelton and Jimmie Johnson.”

Served as Grand Marshal for the Indy 500

This comes after Blake Shelton served as Grand Marshall for the Indy 500, which took place during Memorial Day weekend in May 2022. Both Blake and Jimmie designed the helmet for the event. The two worked on a “Helmet of Heroes,” which featured both of their family members.

Thank you #Indy500!!!! What a weekend… wish my dad was able to see that. Thank you @JimmieJohnson for letting him and my brother have a spot on your helmet. Thinking about them extra today along with all the heroes who have served our country. pic.twitter.com/QVFen0HBEO

Sadly, his father passed away in 2012 at the age of 71, and his brother died from a car crash in 1990. Last weekend, Blake Shelton and his wife Gwen Stefani performed for the Hy-Vee Indycar Races at Iowa Speedway. They took turns headlining the event. Blake closed out the festivities on Sunday, July 24.

love it when u dress up 🏁🏁 thx for a fun weekend @indycaratiowa pic.twitter.com/qhenY6jwe0

What are your thoughts on Blake Shelton’s gift? What’s the best gift you’ve ever gotten in your life? Sound off below in the comment section.