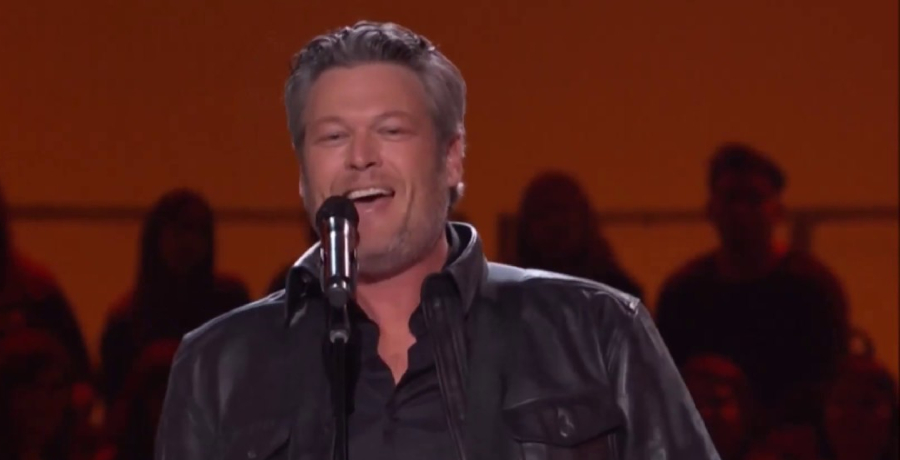 Blake Shelton is headlining two major events. It will be a busy summer for the country musician. Last weekend, he announced that he’s returning for Season 22 of The Voice. He will be joined by his wife Gwen Stefani, John Legend, and newcomer Camila Cabello.

As Country Music Alley previously reported, Kelly Clarkson fans were upset that she’s not returning to the singing competition. She wants to take a break this summer to spend more time with her kids. On the flip side, Blake plans to perform his new music, including his hit song “Come Back as a Country Boy.” Read on for more details.

Takes on a major role for NASCAR

Blake Shelton will take on a major role for the NASCAR All-Star Race at the Texas Motor Speedway. Previously, NASCAR announced that he is their official Grand Marshal. The singer also shared the exciting news on Instagram. Blake also revealed that he will speak with former NASCAR star and friend Clint Bowyer beforehand on FS1.

Earlier this week, Blake Shelton shared the official poster for the NASCAR All-Star Race, which is happening today. Check out his Instagram announcement for yourself here. Also, check your local listings for details.

This comes as no surprise to fans since Blake Shelton is an avid NASCAR lover. He’s shared his appreciation for the sport before on social media. In 2020, he trolled his friend Luke Bryan when he shared his excitement for NASCAR’s return amid the COVID-19 pandemic.

I’m so happy NASCAR is coming on!!! The stands look like a @LukeBryanOnline concert but who cares!!! Go Clint!

Blake Shelton has got dad jokes and dad dance moves. As Country Music Alley reported, he showed off his dance moves on TikTok as part of Lizzo’s new challenge. Some fans even said he reminded them of their crazy uncle.

Blake Shelton will also headline Troy Aikman’s Highway to Henryetta music festival in Oklahoma this coming June. AT&T sponsors the event, which will be held on Saturday, June 11. Blake will perform at the event, including with fellow country artists such as George Dunham and the Bird Dogs, Josh Abbott Band, Mikayla Lane, Pat Green, the Steve Helms Band, Stoney LaRue, Wade Bowen, and Val Mooty.

Tickets are available now on the official website — HighwaytoHenryetta.com. It’s part of Blake Shelton’s ongoing tour in support of his new deluxe album, Body Language. He will have a busy summer as he tours the nation and coaches contestants on Season 22 of The Voice.

Happy Birthday #BodyLanguage!!! Congratulations on turning one.. I hope you all have enjoyed this album as much as I enjoyed making it!!!! https://t.co/el1PrxhNd5 pic.twitter.com/AegWYnVnUR

What are your thoughts on his latest headlining events? Did you watch him on the NASCAR All-Star Race? Sound off below in the comment section.