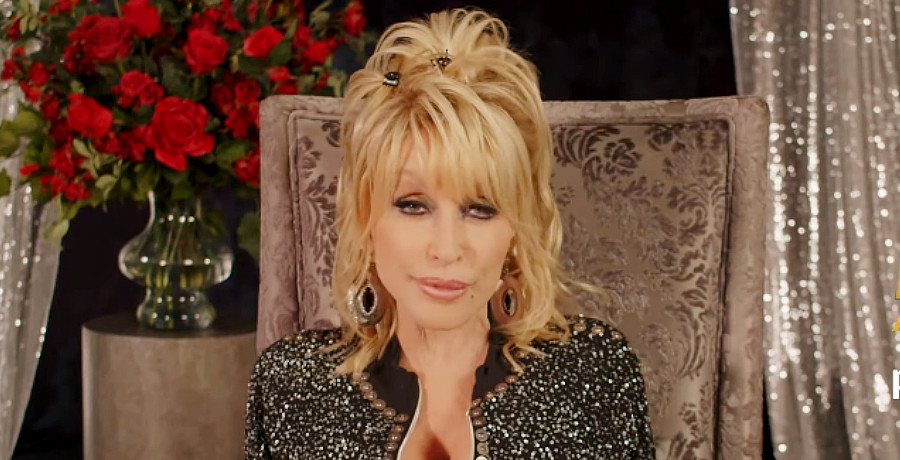 Very likely, cultural icon and country music marvel, Dolly Parton, has no interest in counting all the many glimmering pieces of hardware that fill the mantles and walls of her homes. Remarkably, the unparalleled songwriter only estimates that she’s written between 3000 to 4000 songs, and some of her trademark classics came on the same day.

What Dolly never forgets is the experience of working with so many friends, and fellow artists, and impacting the lives of those she deems “my people” in the Smoky Mountains of Tennessee. Famously, Dolly Parton begins her days before sunrise and prizes punctuality, as Country Music Alley noted in a feature last June. The “9 To 5” songwriter and star never sticks to those standard hours.

This week, however, perhaps Dolly Parton’s highest honor arrived with perfect timing.  The dynamic entertainer joins the elite circle of donors awarded the Carnegie Medal for Philanthropy, as confirmed by ABC News, the Kansas City Star, and the Miami Herald.  For certain, the “Coat Of Many Colors” singer-songwriter consistently owns a brighter spotlight than many notable givers, and that attention focuses even greater light on her true motives.

Inspiring others to give is Dolly Parton’s major goal

“I’ve always believed that if you are in a position to help, you should help,” Dolly Parton succinctly expresses her beliefs in a statement. “I truly hope that I can be an inspiration for others to lift up those around them,” she continues. While the entertainment industry and most of America felt stymied amid the surge of the COVID pandemic and its many variants, Parton exuberantly provided $1 million and her passionate platform in 2020 to the effort of the development of the Moderna vaccine. Most recently, the songwriter who declares herself sincerely as “The Seeker” gave a second million-dollar donation to Vanderbilt University Medical Center in June.  This time, the fund’s focus is infectious diseases and their impact on children.

“I try to support things that have a special meaning for me,” Dolly Parton assures. That commitment certainly applies to her Imagination Library, founded in honor of her father, Robert Lee Parton, in 1995. Dolly frequently deems her father as the “smartest man I ever knew,” yet she witnessed how the stigma of illiteracy deterred him from learning to read. Today, her preschool literacy initiative reaches across the United States and globally across the world. Her family connection and close friendships through Vanderbilt University gave the surge, beyond the dollars, to the research.

Parton implores anyone who is able to “find something they’re passionate about and do what they can to make the world a better place.” Dolly Parton learned very early that giving starts at home, but can reach as far as the heart can dream.

The science and research realm includes more than Dolly Parton

Consequentially, Dolly Parton is by no means near the most endowed among the 2022 benefactors. However, her sincerity and sparkle bring an awareness that no other name among philanthropic circles matches.

Others in the exceptional class of 2022 Medal of Philanthropy recipients are Dallas entrepreneur, Lyda Hill, Kenyan industrialist, Manu Chandaria, and Lynn and Stacy Schusterman, from the diverse Oklahoma investment family.  The Carnegie philanthropy award debuted in 2001. Recognition occurs every two years. The pandemic delayed the 2021 ceremony.

As it turns out, Lyda Hill, through Lyda Hill Philanthropies, also became an early investor in the Moderna vaccine, but when her own opportunity for inoculation opened, only the Pfizer shot was available.   Schusterman Family Philanthropies aims to donate “a meaningful portion of the family’s assets” to causes of justice and equality. They are advocates for inclusion, particularly for the LGBTQ community. Not by coincidence, Dolly Parton lends her support not only to such causes but with her outspoken support of Black Lives Matter very early on.

A busy fall for Dolly Parton

Typically, any award ceremony involving Dolly Parton ends with the country queen delivering a show-stopping closer.  In this case, the more subdued ceremony happens privately in New York on October 13. For a multitude of worthy causes, waves of good are bound to build from the sessions of connection and communication between the recipients. Carnegie Institutions launch the Carnegie Catalyst award this year. The recognition celebrates “the transformative power of human kindness.” World Central Kitchen, founded by Chef Jose Andres, takes the inaugural honor.

Speaking of kitchens and kindness, Dolly Parton knows her way around both sources of goodness. No doubt, her induction into the Rock ‘n Roll Hall Of Fame in November is packed with Parton’s hits and her one-of-a-kind humor.

The Carnegie Medal in Philanthropy is generally given to those seen on public television, rather than to someone so publicly and universally adored as Dolly Parton. Her story, though, along with her life reflects being in need and seeing need all around her, and having the courage and love to do something about it. The purest giving goes on quietly, but a little, occasional Dolly sparkle does no damage, either!