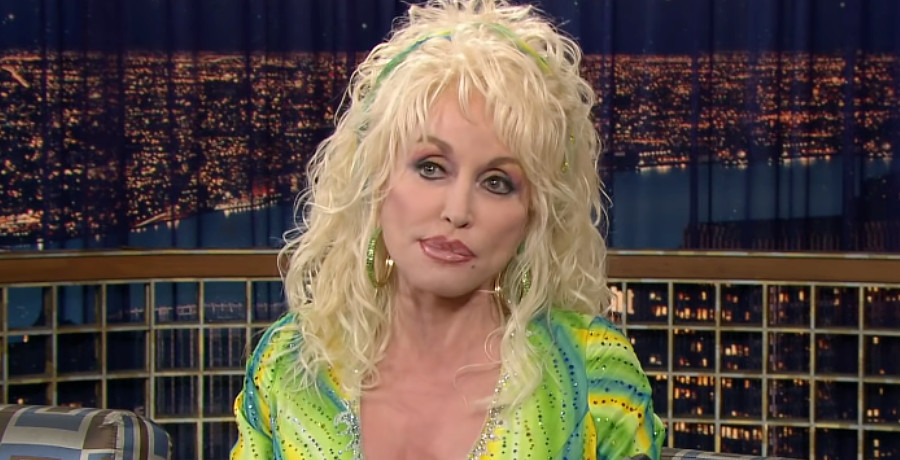 One-woman country music marvel Dolly Parton is the first to admit that she rarely passes up any dish with potatoes. Not coincidentally, Country Music Alley covered the details Parton’s passion for spuds back in the fall of 2020.  The “My Tennessee Mountain Home” songwriter never shies away from her down-home, hardscrabble roots or the sweet memories of her family. Not surprisingly, Dolly Parton cherishes the cooking she learned through her growing years, too. Her “little fairy goddaughter” Miley Cyrus, still loves the taste of the old-time dishes, too, as her fairy godmother relates in Yahoo News.

While it’s true that Miley spends much of her time in the macrobiotic and vegan land of California, her “Aunt Dolly” from her Hannah Montana days still whips up favorites that hit the spot. Just like in her songs, Dolly Parton understands the comfort of anything made with love.

Miley goes for cornbread and meatloaf

Candidly as ever, Dolly Parton divulges that she doesn’t cook as much for her 29-year-old goddaughter as she did in days gone by.  “She’s a little more picky now than I am,” Parton relates of her beyond-blood kindred. She elaborates how the “Midnight Sky” artist embraced phases of “vegetarianism or being vegan or whatever.”

Those choices notwithstanding, Dolly Parton fondly recounts “earlier days” or times when the resilient Miley Cyrus’ “defenses are down” when nothing but a homemade pan of cooked-from-scratch cornbread cut into squares eases all hurts. Meatloaf is another favorite Miley meal.

Speaking of hurts, no matter the age, no child relishes seeing his or her family in turmoil.  The nine siblings of the combined Cyrus clan are coping with divorce once more, as mom, Tish, filed for divorce for a third time from Billy Ray. For certain, despite the tumult in their 28-year marriage, no one accuses either parent of not being there for their children. Dolly Parton remains a devoted, embraced, and invited member of the family since her early days with the “Achy Breaky Heart” hitmaker. Sadly, the two spent the last three years living separately.

Following the example of Dolly Parton, Miley Cyrus credits the example of both her parents for her ethos of hard work and resolve in pulling through tough times. Along with the occasional supper with her godmother, a hot romance doesn’t hurt either. It appears that Miley savors passionate kisses with her new serious partner, Maxx Morando. The drummer for the band became Miley’s favorite company in late December, and now the pair is making things more public.

Frequently, Dolly Parton details the simple, rustic sort of delight she shares with her husband of 56 years, Carl Dean. Without a doubt, the two are content to climb into their “little camper” with some picnic pleasures prepared by Dolly, and perhaps some Vienna sausage and fast food stops along the way.

Oddly enough, however, outside of special holidays, the menu for which she samples in her title song for “Christmas On The Square,” Dolly Parton reveals that movie sets become the most popular for her massive spreads of marvelous food.

“I cook a lot when I’m on my movie sets” Dolly Parton related during a January visit with Today. Of course, two of Dolly’s dearest friends, Jane Fonda and Lily Tomlin, never got excluded from any invitation to the country music queen’s house for dinner.

“Lily, of course, is from the South,” Parton comments of her 9 To 5 co-star, now 82, “so she loved the food” from Dolly’s Tennessee table.

At the time, Jane Fonda, still ravishing today at 85, spearheaded “feel the burn” from her fitness videos. The Oscar winner stuck to an oath to “taste just a little bit,” as Dolly Parton recalls.  Still, it proves that not even the most successful and famous health gurus resist Dolly Parton dishes.

Without question, Dolly Parton declares that a cavalcade of who’s who in Starland have scarfed up her cooking. However, the lady who works wonders in the kitchen and wonders with a song never gives away her most prized recipe– the one for chicken and dumplings.

“I have this huge pot,” Parton relates, in preparation for the southern classic. Copycats beware, though, because “I don’t give out the recipe,” Dolly Parton confirms. “Mine is all these secret ingredients, and the main one is love.”

The Dolly Parton delicacy is so popular that the star announces two days in advance of her plans to make it.  “I’m famous for it,” the cook concedes. The delicious soup is second only to Parton’s peanut butter fudge, another high-profile favorite.

For her part, after all the effort of feeding friends and family alike, Dolly Parton prefers something fast and easy, like Taco Bell Taco Supreme soft tacos, including a generous dollop of sour cream “and all that.” Dolly never forgets her roots or her recipes.  She remains ageless and just like the rest of us.

Kelly Clarkson Listens To Fans & Delivers — Here’s How
Miranda Lambert Voted One Of Most Influential People 2022
Maren Morris’ Tour Bus Is Far From Humble
Jimmie Allen Puts The APB Out On ‘On My Way’ With Jennifer Lopez
Blake Shelton Headlines 2 Major Events, See What