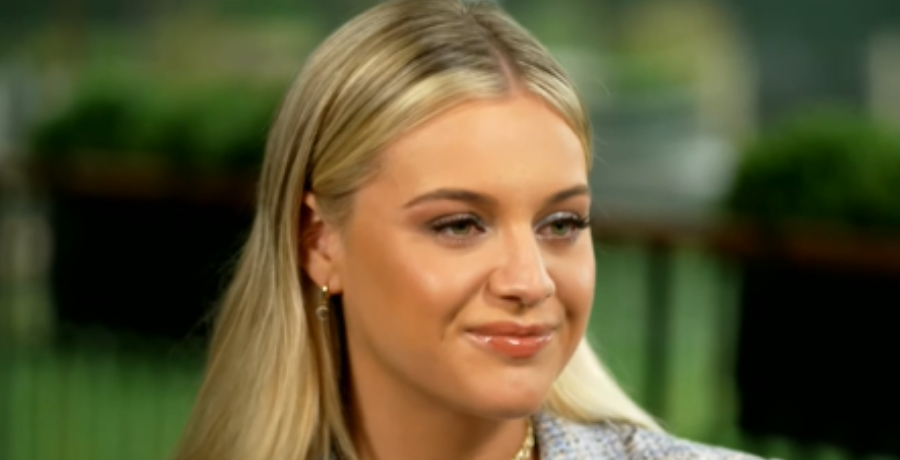 Kelsea Ballerini teased the ultimate country girl collaboration. The country singer is still making new music even though she hasn’t been in the mood lately. As Country Music Alley previously reported, she announced her divorce from her husband Morgan Evans after five years together. She admitted that she was speechless when it happened.

The “Half of my Hometown” singer has been feeling her feelings. She filmed herself nude and in the bathtub amid their divorce. Kelsea got emotional when she listened to sad music. Fans are looking forward to the music that will come out of it.

The singer loves to drop Easter eggs on social media. Fans could tell that collaboration was coming. Most of them guessed that she was recording with Carly Pearce. However, there is another singer on this collab that they haven’t guessed.

“So y’all have been asking for months now if there’s a collab on the album and I’ve hinted that there is,” Kelsea Ballerini shared in her TikTok video. “I did post a little sneaky picture and you guys are spies and you did guess that it is indeed my girl Carly Pearce. But, but, but friends, I did fool you because it’s not just Carly Pearce, we have a trio.”

but if one thing’s the same, it’s the that i’m subject to change. pic.twitter.com/BStxbtuBSS

The video revealed her other collaborator, Kelly Clarkson. The American Idol alum showed up in the clip. “Do you wanna do a duet together? Or maybe possibly a trio?” she asked.

“We could call it like, ‘You’re Drunk, Go Home,’ with Carly Pearce, maybe?” Kelsea Ballerini responded.

Kelly said, “I’ll get to work on that.” Kelsea changed into a pastel pink bodycon dress, while Kelly wore an orange floral print dress. She smiled and walked out of the shot. Kelsea looked genuinely happy and ecstatic about this song.

Fans have been wondering about Kelsea Ballerini’s new album Subject to Change, which drops on September 23. It’s about her personal life and journey up to this point. “You’re Drunk, Go Home” is one of the songs featured on the album. The fifth studio project is about how to adjust to change in your life.

Kelsea Ballerini also shared the tracklist to her new album. On Friday, September 9, she took to social media to share a photo of the back cover of Subject to Change. Check out all 15 tracks here.

“the journey starts with taking the power back from the fear of change and blissfully accepting that it is inevitable,” Kelsea Ballerini captioned the post. “the journey ends with peace of knowing that what i have now is meant for me. the in between is yours september 23rd. two weeks my friends. 🦋”

the journey starts with taking the power back from the fear of change and blissfully accepting that it is inevitable. the journey ends with peace of knowing that what i have now is meant for me. the in between is yours september 23rd. two weeks my friends. 🦋 pic.twitter.com/mmuIfvXtEk

What are your thoughts on Kelsea Ballerini’s trio collab? Are you looking forward to some new music? What do you think her new album will be about? Sound off below in the comment section.