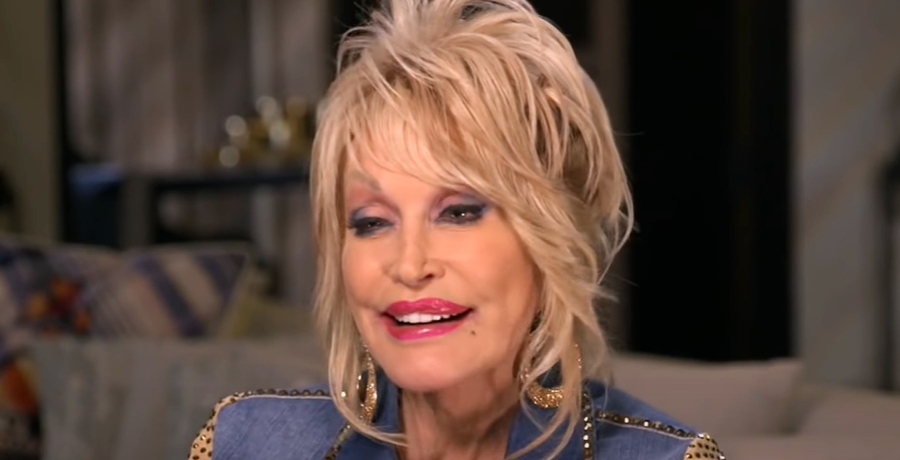 Universally, it seems that Dolly Parton remains the most illuminated focus for accolades for her genuine mission to “be a light.” Whether in song, spirit, one of her many humanitarian endeavors to improve life and foster learning on the planet, the Coat Of Many Colors artist wears her heart on her rhinestone-covered sleeves.

Already, Country Music Alley noted Dolly Parton’s most prestigious honor to date, recognition as a Carnegie Medalist in Philanthropy. The subdued ceremony, including several well-known benefactors across social and scientific realms, happens privately in New York City on October 13.  While the honorees converse over matters of global need and social change, Dolly doesn’t need to worry about taking the stage for a big medley this time.

As it happens, though, a very famous– and talented– daughter of showbiz royalty, Nancy Sinatra, nominates Dolly Parton for the national award of highest honor, and she wants the president to listen.

As Yahoo notes, when it comes to Dolly Parton, Nancy Sinatra is just as avid and devoted to the Tennessee Mountain Home songwriter as any other fan. She just wants her request heard all the way to the top.

Nancy chimed in on Twitter during a late-night session, speaking directly to @POTUS, a.k.a. Joe Biden. She declares that “Many of us here on Twitter would like to nominate Dolly Parton for the Medal of Freedom. Nobody is more deserving of thie [sic] great honor.”  Proving she’s just like the rest of us, the Sinatra sibling famous for singing Somethin’ Stupid with her legendary dad later corrected her spelling error, closing her message with “this great honor.”

Currently, Nancy Sinatra’s moving tribute to her late father featured on Turner Classic Movies is in rotation. It’s certainly true that the These Boots Were Made For Walking singer has a few things in common with Dolly Parton, her nominee. Both dynamic entertainers know how to add sizzle to a pair of sparkly boots. Undoubtedly, both daughters possess undying love, gratitude, and appreciation for their dads. Also, they know the impact of an empowering tune for women. At 76 and 82, Dolly and Nancy still embody ladies in charge who look great!

Dear President Biden, @POTUS
Many of us out here on Twitter would like to nominate Dolly Parton for the Medal of Freedom. Nobody is more deserving of thie great honor. @dollyslibrary

Is this campaign the charm for Dolly Parton?

Previously, Dolly Parton’s decline of the Medal of Freedom under the Trump administration hit news media everywhere. Now that the Oval Office speaks for another political party, it’s still doubtful that Parton would consider the honor, risking that her loyal fans and public platform be politicized in any way.

Perhaps the timing is right for a change of heart by the 2023 nominations. The 2022 honorees celebrated already in July. Dolly Parton reconsidered her initial refusal to be inducted Into the Rock ‘n Roll Hall of Fame. As soon as the institution’s nominating committee made clear their solid choice for the entertainment dynamo who embraces every song across genres with gusto and integrity, Dolly Parton came around. She becomes an official inductee in November.

Of course, something that never changes for Dolly Parton is her open heart and acceptance of people from inside and outside the show business sphere. Even if she only has a moment with someone, she ensures that they know she listens and cares.

Only last week, Dolly Parton offered a Twitter post of her own. She posted a sweet snuggle between her Aunt Dolly-self and the Hannah Montana leading lady, her goddaughter, Miley Cyrus, as Billboard confirmed.

“Wow! 16 years since my first appearance on Hannah Montana with my sweet @MileyCyrus,” Dolly marks the milestone, inserting a heart. “Time flies!” Parton closes.  Clearly, the bond of hearts beyond blood between these kindred ladies only grows stronger through the years.

Coincidentally, Boy George remembered a sweet exchange between himself and Dolly Parton from several years ago, as featured in Showbiz CheatSheet per MSN this week. The Culture Club singer and solo artist reflected how fans in England “freaked out” with every Dolly Parton visit. He reckons that the response to anyone who expresses themselves in unconventional ways is similar in America or the UK..

Boy George and Dolly Parton teamed up for the song Your Kisses Are Charity in 2003. “He outdid me on the makeup,” Parton conceded to the press at a Tennessee Walmart event. Dolly admitted that she had “gaudier stuff” but simply didn’t use it. In the end, though, it’s all colors on the palate.

“I love the way he does his eyes, and he loves the way I do mine,” Dolly Parton praises. Neither artist has to ask Do You Really Want To Hurt Me.

Do you think Dolly Parton should accept the Medal of Freedom? Share your feelings in the comments.