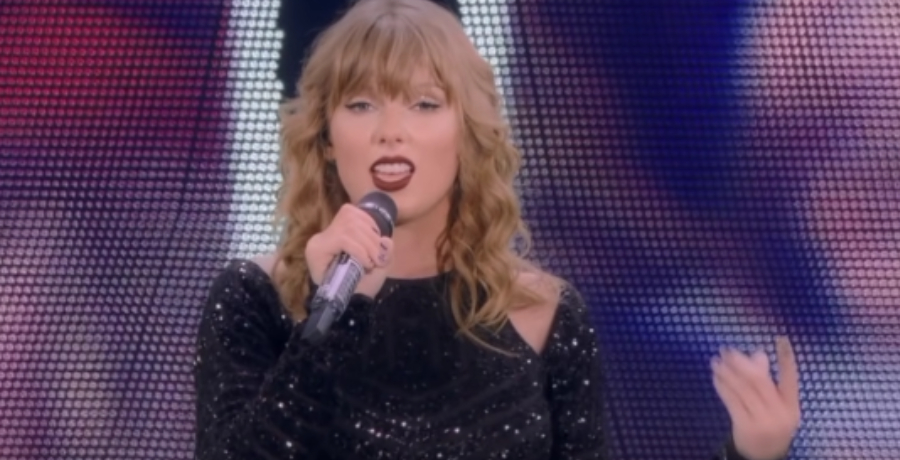 Taylor Swift dropped a surprise ahead of the release of her new album, Midnights. She casually took to her website to share the news with her fans. Find out why they’re in a tailspin this Monday afternoon.

Taylor Swift managed to break the internet with her shocking surprise. She announced the upcoming UK tour dates ahead of the release of her tenth studio album. Fans who pre-order her album will receive a pre-sale code that gives them access to “forthcoming and yet-to-be-announced Taylor Swift UK show dates.”

Shortly after the announcement was made on social media, the website crashed. Some of the fans took to Twitter to share their reaction. Most of them were freaking out over the news. Others were having a meltdown because they couldn’t access the Taylor Swift UK website.

Unfortunately, this is only available to UK fans. There is no news as to whether she will add U.S. tour dates. This comes after she postponed her Loverfest Shows at the height of the COVID-19 pandemic. Taylor apologized to her U.S. fans for not being able to reschedule the postponed dates.

There have been rumors that she will announce a huge stadium tour. It’ll be the biggest tour yet. It will include more dates and will support her recent releases in the past few years. So far, Taylor Swift hasn’t confirmed that news.

Taylor Swift’s stadium tour will be announced in November, in tandem with her hotly anticipated album drop. She’ll find a way to use that tour to help sell enough albums to have the year’s biggest first week—and possibly setting a new high bar for the post-bundling era. pic.twitter.com/LCdR8m10wC

What is the new album Midnights?

Midnights is the latest studio album from Taylor Swift. It’s inspired by “13 sleepless nights.” At the 2022 MTV Video Music Awards, the “Willow” singer announced her new album during her speech for Video of the Year for the short film “All Too Well.” She followed up with a lengthy message on social media about her new album, Midnights.

Producer Jack Antonoff worked with her on this album, just like he did with Folklore, Evermore, Lover, Reputation, and 1989. However, it’s her first experimental album. She revealed that she’s collaborating with her favorite singer, Lana Del Rey. The tracklist for Midnights includes:

When does Taylor Swift’s new album come out?

Midnights is scheduled to drop on Friday, October 14. (At midnight, of course.) Fans can stay up to listen to the album. It’s unclear whether Taylor Swift will also drop the lead single from that album at the same time.

What are your thoughts on the news of her UK tour dates? Do you think Taylor Swift will announce a huge stadium tour? Are you excited to hear Midnights? Sound off below in the comment section.