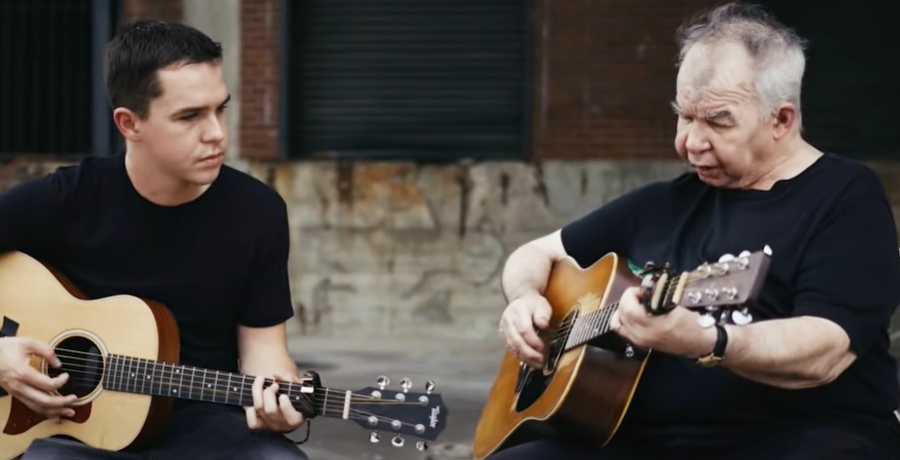 Without question, John Prine possessed an immaculate gift for mining pure gold in his songs. From Hello In There to the incomparable Muhlenberg County, with gems like Sins Of Memphisto and All The Best thrown in here and there over his five decades as an artist in country music and Americana, the beloved and lauded singer-songwriter painted portraits of life, love, joys, and pain. Every listener finds themselves somewhere in a John Prine song, and John Prine points out that every person has gold “inside of you,” and, in fact, that it’s “inside me, too” without a hint of boasting.

Tragically, John Prine became one of the first truly great artists lost to COVID in 2020. Prine and his wife, Fiona Whelan Prine, contracted the virus after returning from an Irish music festival. As Fiona recovered, John showed initial symptoms and died in April 2020. Due to contact restrictions, his sons never got to see their father in the hospital before he passed.

A John Prine tribute celebration set for last year never came to fruition due to continuing restrictions. In this case, however, the postponement only made music superstars’ hearts grow fonder. They flocked onstage at six Nashville venues to pay homage and loving remembrance to Prine, as CBS Mornings, Yahoo News, and Rolling Stone noted.

The best birthday party ever for John Prine

Even though the lineups for each venue got no advance announcement, faithful fans of John Prine ensured that every show was a sellout.  October 10 marked the late songwriter’s 76th birthday. Beyond the big names who shared their hearts and talents, such as Lyle Lovett, Brandi Carlile, Bonnie Raitt, and Jason Isbell, each a superlative songwriter and musician, John Prine remained the biggest name of the You Got Gold celebration. His name was etched for eternity and permanently planted into the Music City Walk of Fame, serenaded by throngs of lifetime devotees.

More than inspired by how the event “got bigger” following the postponement, Fiona attests that “there were so many people who wanted to be part of the celebration,” the added Nashville venues were necessary.

The “simple wit and simple wisdom” gleaned from John Prine’s music plucked the chords of Kacey Musgraves’ heart. As with so many younger artists, the Sam Stone songwriter offered support and genuine friendship. The Golden Hour Grammy winner felt gut-punched by the loss of her mentor and friend.

Not surprisingly, during her performance at the Ryman Auditorium, Musgraves tenderly relates how her song, John Prine, rose from a “dreamlike state, but very cerebral, very real conversation with him.” The gift of the song “hit me like a lightning bolt,” Kacey verifies. She asserts that the song “flooded my brain,” coming as swiftly and completely “as any idea I’ve ever had.”

Naturally, Kacey Musgraves isn’t alone in her honor of John Prine. Country Music Alley covered how hard his loss was for Margo Price in a profile last spring.  In this fall season, the Midwest Farmer’s Daughter is front and center among the performers stepping up for Prine.

Nightly, anytime she’s on tour, slide guitarist extraordinaire and fantastically flaming redhead, Bonnie Raitt, gives her heart to John Prine in her own way. The two kindred souls and legendary artists bonded all the way back in 1971 when both released their debut albums.

Instantaneously, Bonnie Raitt took Angel From Montgomery as her own, performing the wistful Prine classic at each of her concerts.

“It’s a cornerstone of emotions, for them [her audiences] and for me,” the 72-year-old artist confirms. She elaborates that “wives see their husbands cry for the first time” as the ballad unfolds.

The Grateful Dead’s guitarist, Bob Weir, praises that John knows the “gritty souls” of people and “gives them a little bit of elegance,” typically unseen.

Tommy Prine is proud of how “everybody showed up” to honor his remarkable Papa.  The son made it a point to play at every one of the six stages. In a final word, he concludes that “I think John Prine showed up, too.”

Do you have a favorite John Prine song? Tell us in the comments and keep connected to Country Music Alley for all the latest on the country music world and its artists.