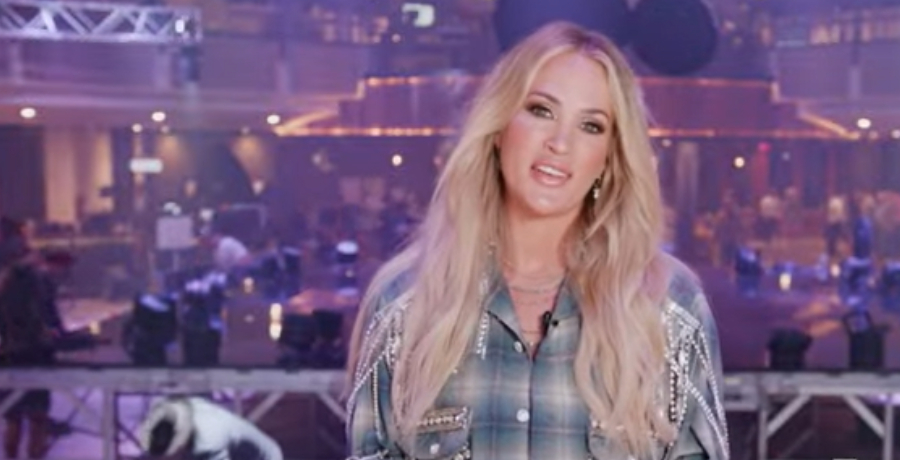 Carrie Underwood talked about her new hairbrush anthem “Hate My Heart.” In fact, most of the songs on Denim & Rhinestones are for ideal singing with your hairbrush. She wanted to make the kind of album that’s similar to the ones she listened to in the ’80s. Carrie grew up with her siblings and listened to heavy metal and hair glam metal bands.

Whenever she gets on stage, she’s fully in her element. It doesn’t matter whether she’s wearing a flowy dress or cutoffs with leather and chains. Carrie makes sure she stays true to herself, no matter what. The blonde beauty has many sides to her.

In the music video for “Hate My Heart,” Carrie Underwood made sure to capture her sense of style. She relied on the iconic looks that she wore throughout her career. In an interview with E! News, Carrie explained the wardrobe she featured in the music video. She wanted to convey all those different sides to herself.

She admitted that it “was a lot of fun” to show off her many different styles. You can watch the music video for “Hate My Heart” below. Carrie also gets to experiment with different looks in her Denim & Rhinestones nationwide tour. She went on tour last month and has been traveling to select cities.

The message behind “Hate My Heart”

During the interview, Carrie Underwood also talked about the message behind her new single. She wanted to convey relatable feelings about a breakup. The song is about someone who refuses to move on from their ex. It’s something that her fans can play on repeat and sing until they get that person out of their system.

“It’s kinda like you’re stuck,” Carrie Underwood told E! News. “You’re just trying to get over this person. It’s like you don’t really wanna be back with them but you’re just having a hard time moving forward and just moving on and putting it behind you.”

The American Idol alum also wanted to make the music video as relatable as possible. She filmed it at the Wildhorse Saloon in Nashville, Tennessee. The video is about a group of friends who go out and meet guys on dating apps. They end up performing together in concert, which makes for the ultimate release.

What are your thoughts on Carrie Underwood’s new song “Hate My Heart”? Do you think it’s the perfect hairbrush song? Which track is your favorite from Denim & Rhinestones? Sound off below in the comment section.