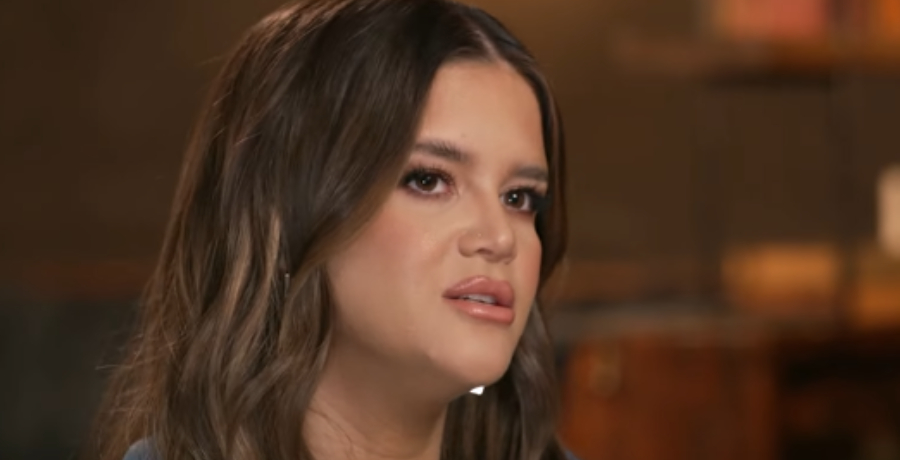 Maren Morris teased big news with fans during her family trip. On Sunday, November 13, Walt Disney World started filming for its upcoming Christmas special. Maren recently visited the Most Magical Place on Earth with her family. As fans know, the country singer shares a son Hayes with her husband Ryan Hurd.

The little family took part in some wholesome family fun. Maren took to Instagram to share photos of their trip. Little did her fans know that she was teasing something big. Read on to learn more about their family-filled trip and what she’s doing next.

Earlier this week, Maren Morris shared many photos and videos from her trip to Walt Disney World. The first set of photos featured her and Ryan with their son in front of Magic Kingdom. They kept their son’s face covered for his privacy. She shared many clips and captions of themselves enjoying Main Street and many of the attractions.

This comes amid the break from her Humble Quest tour. Maren was there with her real family and her band family. She wore a bustier with jeans. Maren looked relaxed and happy during their downtime.

On Sunday, November 13, Maren Morris teased her fans once again. She shared a series of photos of herself singing in front of Cinderella’s castle. Maren wore a metallic silver evening gown that had long dramatic sleeves. Her dark brown hair was pinned back in a chic and elegant hairstyle with bangs.

Fans agreed that Maren looked every bit like a Disney princess. Some of them can’t wait to see the performance. Others wished they could’ve witnessed that epic moment in the park. However, they will have to wait a little longer to check out Maren’s performance in front of the castle.

Between the vocals and the glass slipper heels I am deceased 🥹 @MarenMorris pic.twitter.com/NKc8LfI6no

Maren Morris will appear in The Wonderful World of Disney: Magical Holiday Celebration. Walt Disney World and Disneyland California filmed for the upcoming television special, which includes Dancing with the Stars judge Derek Hough and his twin sister Julianne Hough as the hosts. Many of the stars have taken to social media to tease the annual holiday event.

Maren Morris is one of the many performers who will appear in the special this year. She also took to her Instagram Stories to thank Disney for allowing her to sing in front of Cinderella’s castle. This comes after Maren skipped the 2022 CMA Awards red carpet. She bypassed the red carpet press and photo ops due to an ongoing feud with Jason Aldean’s wife Brittany.

What are your thoughts on Maren Morris’ big news? Did you realize she was at Walt Disney World to perform for the Christmas special? Sound off below in the comment section.