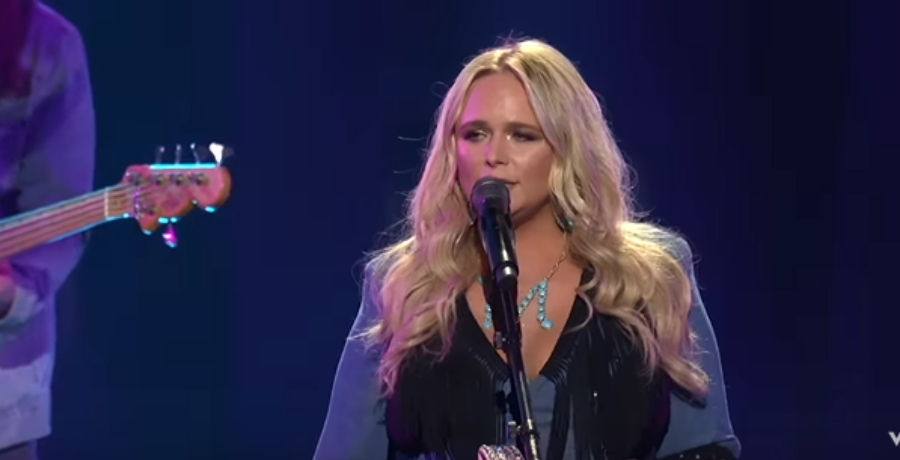 Miranda Lambert turned heads in tight pink silk and black lace. Earlier this month, the country singer attended the 2022 Country Music Awards. She showed off her curves in the body-hugging number. It was a big night for Miranda since she was nominated 14 times throughout her career.

She walked the red carpet with her husband Brendan McLoughlin. They had fans buzzing about their interaction. Miranda stopped the photographers and reporters when she wore a sexy dress on the red carpet. She took to Instagram to share the look before attending the live event.

On Wednesday, November 9, Miranda Lambert took to Instagram to share photos from behind the scenes of the CMAs. She teased fans about what she planned to wear that night. Miranda snapped selfies of herself with her husband, who wore a black tuxedo. She also included a photo of just herself wearing the black and pink lacy number.

She credited her makeup artist Moani Lee for providing the glamour, hairstylist Johnny Lavoy, and personal stylist Tiffany Gifford. Miranda revealed that Mugler was the designer for her showstopping look. She also wore earrings by Gismondi 1754. Fans only got a small look at her dress and smokey-eyed makeup.

Miranda Lambert hit up the red carpet with her hunky husband. She wore a slinky pastel pink silk dress that featured a black lace overlay. It showed off every curve on her body. Miranda confidently walked in the number as she carried her black silk clutch.

No matter what, @mirandalambert is always an original on the #CMAs Red Carpet. pic.twitter.com/8y4TUoklG1

In other photos, the “Actin’ Up” singer walked on the red carpet with the former NYPD officer. The pink gown also had a train at the bottom. It looked like something out of a gothic romance. Miranda changed into another dress for the latter part of the night.

Sparkles in a shiny little number

She was inspired by her Las Vegas residency and country western spirit. Miranda Lambert switched into a blue sparkly mini-dress when she performed with Carrie Underwood and Reba McEntire. She took to social media to share a clip of their tribute to the late Loretta Lynn.

Some of her fans couldn’t stop raving about the tribute. Miranda Lambert switched it up yet again when she performed in high-waisted leather pants that had denim bell bottoms and a matching blouse that featured fringe. She belted out her hit song “Geraldene.” She kept her fans on their toes with her head-turning look

What are your thoughts on Miranda Lambert turning heads into the tight pink silk and black lace dress? Did you like her showstopping look? Which CMAs look of hers is your favorite? Sound off below in the comment section.