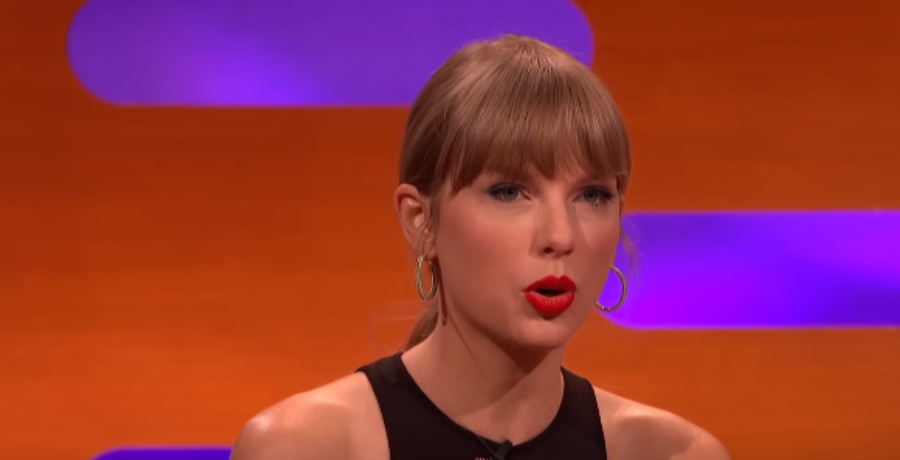 Taylor Swift teased Speak Now (Taylor’s Version) at the 2022 AMAs. She attended the award ceremony on Sunday night (November 20). The singer-songwriter sure knows how to get fans talking. She won an award for Favorite Pop Album for her 2021 re-release, Red (Taylor’s Version).

Last month, Taylor released her first original release since 2018, which is called Midnights. The singer stepped out in an outfit and made a speech that made Swifties think she was gearing up for the release of Speak Now (Taylor’s Version). This comes after she dropped many hits in her new music video for “Bejeweled.” Read on to learn more and to see for yourself.

The “Anti-Hero” singer attended the awards event in her signature red lipstick. She also wore her blonde hair in soft curls, which was reminiscent of the time when she was known for her trademark curly hair. Taylor Swift also stepped out in a gold sequined jumpsuit, which reminded many fans of the time when she wore a sparkly gold dress during the Speak Now era.

She made an appearance to accept the award for her last re-recorded release, Red (Taylor’s Version). In her speech, she stressed how important she re-recorded albums mean to her. She never assumed that her fans would feel the same way. The singer shared her love for the Swifties as well.

“This album is a re-recorded album, and I cannot tell you how much my re-recorded albums mean to me,” Taylor Swift smiled as she said during her acceptance speech. “But I never expected or assumed that they would mean anything to you.”

She may have dropped a hint that Speak Now (Taylor’s Version) could be coming out soon. This isn’t the first time that fans got Speak Now vibes from the singer. In her latest music video for “Bejeweled,” Taylor included the violin solo from the instrumental version of “Enchanted,” a track that appears on Speak Now.

Taylor Swift was a mature version of her old self at the American Music Award. She went for a disco version of the sparkly dresses she used to wear. Instead, she rocked a studded gold jumpsuit by The Blondes that featured a plunging neckline. She accessorized the look with Vram and Delfina Delettrez jewelry.

The pop star stuck to the ’70s aesthetic that is heavily featured in her Midnights album. However, she dropped subtle hints about her Speak Now era. It was a glamorous and chic way to give homage to the old album. As Swifties know, Taylor loves to drop Easter eggs and keep her fans guessing.

Taylor Swift wearing The Blonds at the AMA’s. pic.twitter.com/iCqRq0xleP