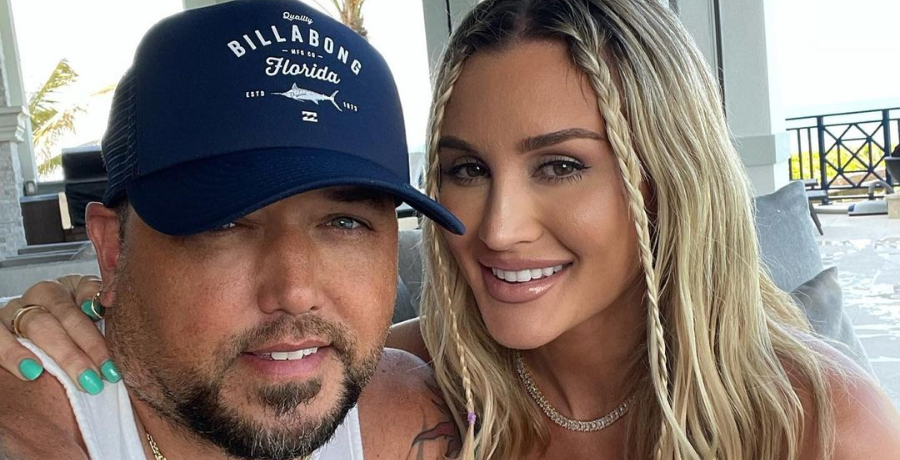 Jason Aldean praised his wife Brittany for “Balenciaga Trash Day.” Her husband expressed his appreciation for her on social media. This comes from the controversy associated with the haute couture brand. On Wednesday, November 30, Brittany said goodbye to the designer label. Read on to learn more and to see her Instagram post for yourself.

While most celebrities continue to support Balenciaga, Brittany quickly parted ways with the brand. She informed fans that she was done with them. Jason Aldean’s wife shared a photo of herself looking glamorous while carrying her Balenciaga apparel and accessories in trash bags. She captioned the photo: “It’s trash day.”

Jason Aldean was first in the comment section. He posted the clapping emojis along with the comment, “show ’em how to ‘walk the walk’ babe!” Their fellow country artists and fans shared their support as well. Balenciaga recently sparked controversy for its recent ad campaign that showed children holding teddy bears dressed in bondage.

The photos were part of the Spring 2023 ad campaign. It also involved a Supreme Court case since it had child abuse images. Earlier this month, the campaign was unveiled on the brand’s website and social media accounts and received backlash among critics. The brand’s photographer, Gabriele Galimberti said he was not responsible for how the shoot turned out.

Balenciaga also didn’t claim responsibility for the shoot. It’s been a back-and-forth case between the two. On November 28, after weeks of controversy, the brand finally issued a statement saying they “condemn child abuse.” Balenciaga also wiped its Instagram feed clean in lieu of the controversy. Kim Kardashian, the face of the brand, shared that she is “re-evaluating her relationship” with Balenciaga.

The Aldeans are no strangers to controversy. Brittany shared an Instagram video with the caption: “I’d really like to thank my parents for not changing my gender when I went through my tomboy phase. I love this girly life.” Jason Aldean also shared his appreciation in the comment section. He fully backed her Instagram post, which many regarded as transphobic.

The Voice alum Cassadee Pope and Maren Morris called out Brittany for the comment. Even Joy Oladokun stepped into the social media feud. However, it was Maren who got the brunt of the blow from Jason Aldean and his wife. The trio has been dragged into a long social media feud because of it.

Maren called Brittany “Insurrection Barbie,” which Jason Aldean’s wife took proudly. She sold sweatshirts that had the phrase on them. Maren also sold her own shirts reading “lunatic country person” and donated the proceeds to Trans Lifeline and the GLAAD Transgender Media Program. She donated over $150,000.