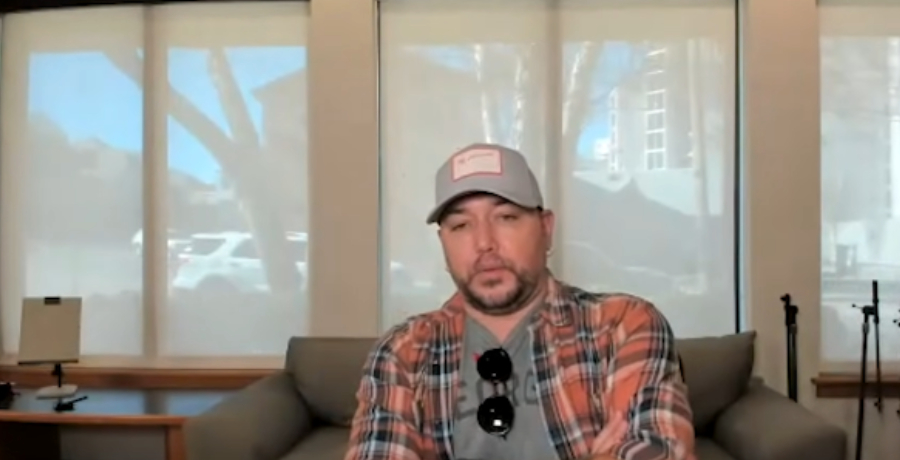 Jason Aldean encouraged the crowd to boo for Maren Morris. Just months ago, his wife Brittany Aldean ended up in a social media feud with the country singer. They exchanged heated words and names like most people do when they discuss politics on social media.

It all started when Brittany shared an Instagram video of her makeup transformation. The caption included a joke that some called transphobic. Maren called Brittany, Jason, and many other country artists out for not supporting the LGBTQ community. She also called Brittany “Insurrection Barbie,” while Tucker Carlson fired back at Maren and called her a “lunatic country person.”

Now, Jason Aldean is firing shots at Maren while she’s already down. Find out what happened at his latest concert.

Maren Morris refuses to mingle with the Aldeans

In her September 2022 interview with The Los Angeles Times, Maren Morris admitted she didn’t feel “comfortable” going to the CMAs. She didn’t want to be in the same room as the Aldeans and other people who support them. Maren feels like an outsider ever since she got into a social media feud with them. She’s even taken a step back from Twitter.

“I’m very honored that my record is nominated,” Maren Morris explained to The Los Angeles Times. “But I don’t know if I feel [at] home there right now. So many people I love will be in that room, and maybe I’ll make a game-time decision and go. But as of right now, I don’t feel comfortable going.”

Maren doesn’t feel sad about not going. She admits that she was sadder last year. There are times when she has fun and when she doesn’t. Maren told the publication that she felt as if she wanted to jump out of her skin last year. It wasn’t because of the crowd she was with. Maren struggles with anxiety, which she has been honest about.

On Friday night (October 14), Jason Aldean made a joke at the expense of “The Middle” singer. He performed at the latest stop of his current tour in Nashville, Tennessee. Jason revealed that he had a special guest. He got the crowd to boo for Maren when he uttered her name.

“I think I should call up a special guest,” Jason Aldean teased the crowd, according to The Country Jukebox. Next, he listed off a name of country singers. Some of them included the likes of Kenny Chesney and Luke Bryan. “Should it be Maren Morris?” he asked.

Jason Aldean paused as the crowd booed her. Unsurprisingly, she wasn’t the special guest. As Country Music Alley previously reported, Jason shocked fans when he brought out Miranda Lambert, who has shared her support for the LGBTQ community. Morgan Wallen was his other special guest that same night.

Some country fans took to Twitter to share their reaction. Some called out Jason for bullying the young country singer. Others said he’s automatically a “bad person” for encouraging the crowd to boo her. There are also some who thought it was humorous.

Any artist who allows a crowd to publicly boo another is automatically a bad person.

Any artist who allows a crowd to publicly boo another is automatically a bad person.

What are your thoughts on Jason Aldean joking about Maren Morris? Do you think he should drop the feud? Do you think he’s being a bully? Sound off below in the comment section.